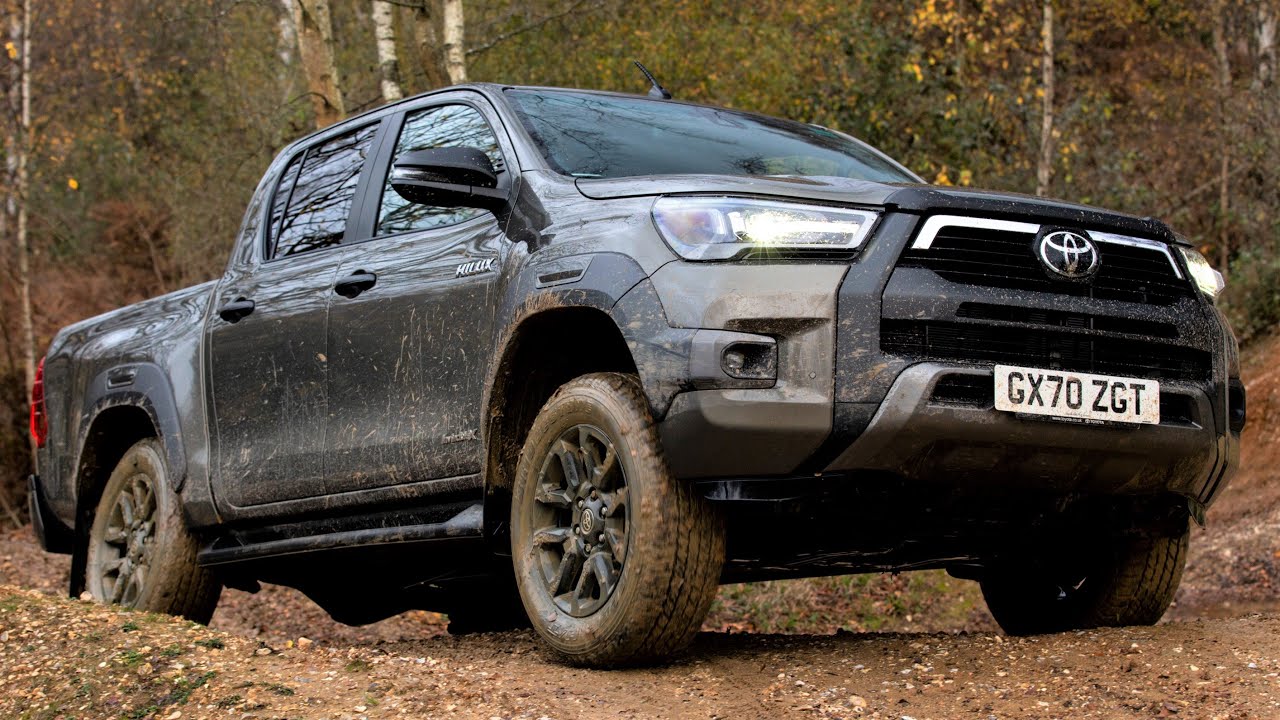 The new Toyota Hilux has strengthened its appeal with a new, more powerful 2.8-litre engine that maintains its reputation as one of the most competitive and capable models in its segment.

The new engine powers the top-of-the-range Invincible X and (in addition to the current 2.4 unit) Invincible Double Cab models and is available with a choice of automatic or manual transmission.

There’s a significant improvement in performance compared to Hilux’s established 2.4-litre unit, with 0-62mph acceleration reduced by 2.1 seconds to 10.7 seconds (automatic version). Despite the engine’s larger capacity and higher output, there is only a modest difference in fuel and emissions efficiency: official WLTP combined cycle data shows 28.5 – 30.0mpg and 246 – 259g/km with automatic transmission; 31.3 – 33.2mpg and 224 – 236g/km with manual transmission.

Across the entire range, new Hilux maintains its one-tonne minimum payload capacity and the ability to tow (braked) loads of up to 3.5 tonnes.

Both the new 2.8-litre engine and the 2.4-litre power plant are available with either six-speed manual or automatic transmissions.

Hilux’s peerless off-road credentials have been enhanced with the addition of a new automatic electronic control which replicates the effect of a mechanical limited-slip differential to give better traction and acceleration on low-grip surfaces.

The driver can activate the system with a brief press of the VSC-off switch when the vehicle is being driven in H2 two/rear-wheel drive mode. When a loss of grip is detected, it will brake the slipping wheel and direct drive torque to the opposite wheel that has traction. This new feature is in addition to the Active Traction Control, which operates when the vehicle is in L4 all-wheel drive. Hilux also provides Hill Start Assist Control to help negotiate uphill slopes and, on Icon grade models and above, Downhill Assist Control.

Further measures introduced for new Hilux include a lowering of the engine’s idling speed from 850 to 680rpm; accelerator response retuned for greater driver control; an update to the VSC performance; a dedicated Variable Flow Control map for appropriate steering effort; and a new tyre angle monitor.

Hilux’s design supports its impressive off-road capabilities, with the Double Cab having a class-leading 310mm running ground clearance, approach and departure angles of 29 and 26 degrees respectively and the ability to wade through water to a depth of 700mm.

The system uses information from wheel speed sensors to determine when the vehicle’s nose is lifting or dropping because of undulations in the road. When the nose lifts, the heads of people travelling in the vehicle are tilted backwards. Engine torque is momentarily reduced to compensate, reducing the degree of head movement. When the nose dips, heads are tilted forwards, so the system adds torque to compensate in a similar manner.

Although the torque adjustment is measured in extremely small quantities, it has a noticeable effect on ride and handling. Ride comfort is improved through the perception of a flatter ride caused by the reduction in body movement. Steering feel is improved around the centre line thanks to the tyres gaining better ground-holding.