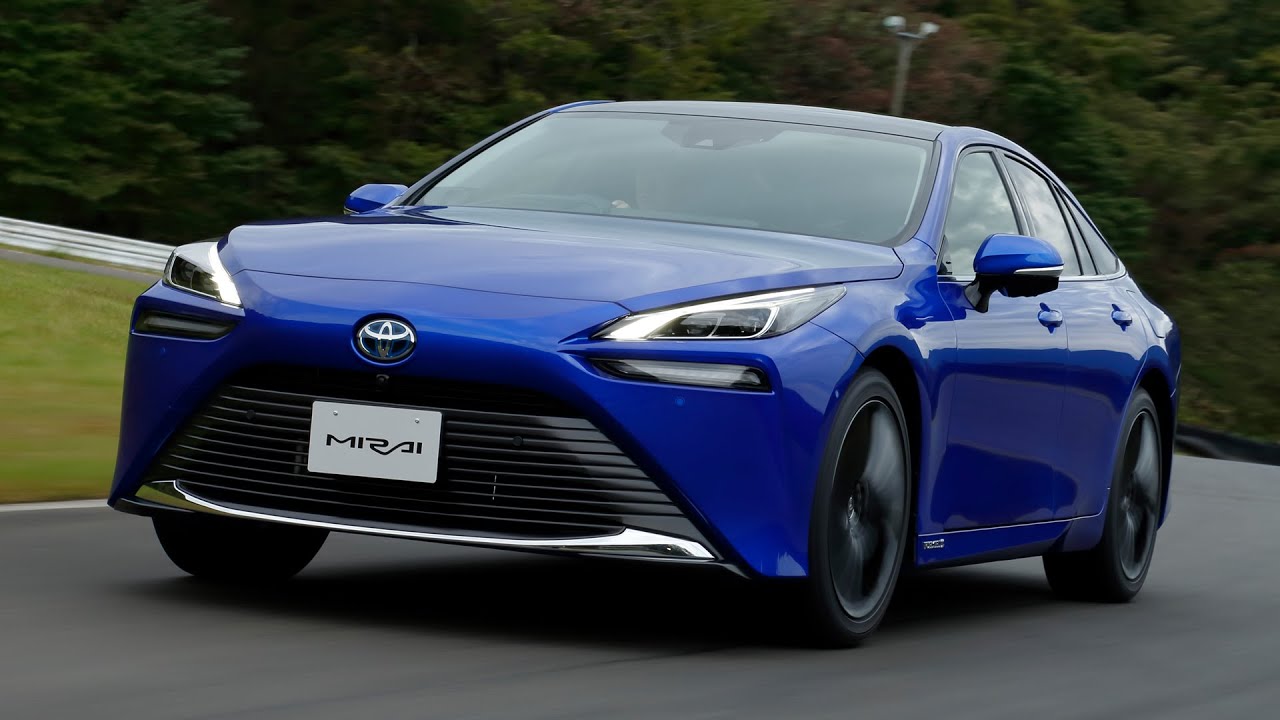 2021 Toyota Mirai – 2nd-Gen Toyota Fuel Cell System with 400 Mile Range. Toyota’s Mirai hydrogen fuel-cell electric vehicle (FCEV), like all vehicles powered by the most abundant chemical substance in the universe, is a bit of a curveball in what we’ve come to expect from the future of driving. While gas-powered vehicles dominate the here and now, EVs are expected to grow market share and eventually become the dominant means of transporting ourselves around town. FCEVs do offer the best of both of those worlds, plus quick refueling and a much smaller carbon footprint, but the refueling infrastructure hasn’t materialized.

But Toyota and other automakers including Hyundai aren’t about to give up, so here we have the stylish 2021 Toyota Mirai, a vehicle with improved range, a bit more horsepower, near 50/50 weight distribution, and now rear-wheel drive. Toyota is hoping that all these updates will lead to a tenfold increase in global sales of the vehicle and is also promising it will be 20 percent cheaper than the 2020 model, which starts at $59,545, although Toyota hasn’t announced specific numbers yet.

The 2021 Mirai is built on Toyota’s GA-L platform. It’s 2.6 inches lower and 2.8 inches wider than the current Mirai, giving it a sleeker and sportier stance. A more compact fuel-cell stack resides under the long hood. Fuel-cell cylinders are situated under the cabin and below the trunk. A bigger change is the switch from front- to rear-wheel drive, although that decision was based more on available room for all the vehicle’s powertrain components than on making it more exciting to drive.

The new smaller fuel-cell stack where hydrogen is turned into power is more efficient, producing 128 kW compared to the current Mirai’s 114 kW. The single motor in the back produces 180 horsepower and 221 lb-ft of torque. So, although it looks quick, Toyota claims its zero-to-62-mph time is about 9.2 seconds.

Still, Toyota says the vehicle’s near 50/50 weight distribution and low center of gravity should give it a sporty feel while driving. What’s important is that the time behind the wheel has been increased to about 404 miles, according to chief engineer Yoshikazu Tanaka, compared to the 2020 model’s EPA-estimated 312 miles. That’s important for a vehicle using a refueling infrastructure that’s still in its infancy.

Hydrogen refueling stations are out there but are mostly concentrated in California and parts of New England, limiting the areas where the Mirai and other fuel-cell vehicles can be operated. The 2020 model is only sold in California and Hawaii. Still, the 2021 Mirai looks much better than its predecessor, and its increased range does make it more compelling for potential buyers. But that infrastructure will have to catch up if Toyota wants to see a massive sales increase among U.S. buyers.