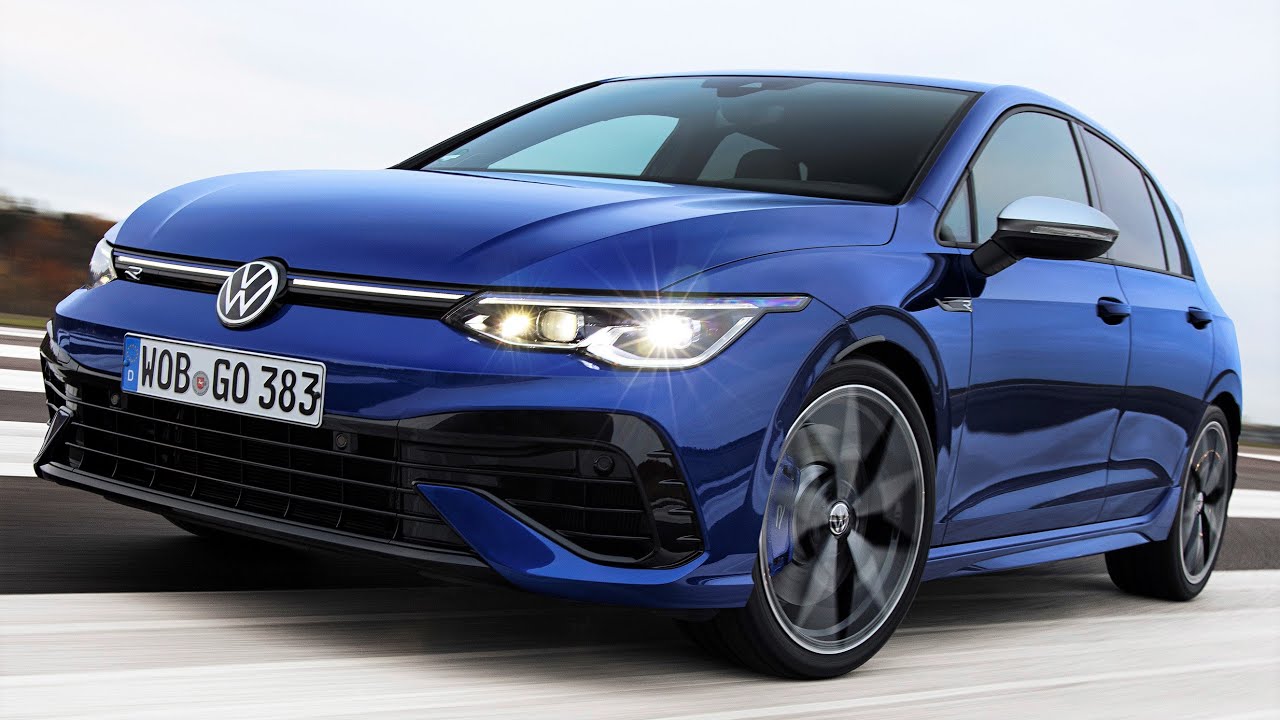 EA888 evo4. The 1,984 cc four-cylinder turbocharged engine in the new Golf R is currently the most powerful drive system from the legendary EA888 product line. While its predecessor was equipped with a third-generation unit (evo3), the latest model now comes with an enhanced fourth-generation design (evo4). Delivering 235 kW (320 PS), its output is exactly 14 kW (20 PS) more than the engine used in the previous model. The maximum torque has risen from 400 to 420 Nm. This is available even at low engine speeds of just 2,100 rpm and remains constantly at this high level up to speeds of 5,350 rpm. The direct-injection engine is generally characterised by innovative solutions for individual details such as integration of water-cooled exhaust gas routing to the turbocharger in the cylinder head. Thanks to a fully-electronic coolant regulator unit, the TSI of the Golf R also features very efficient thermal management with a short warm-up phase. The resultant reduction in friction losses contributes to reducing fuel consumption. The TSI also features variable valve timing with double camshaft control. In addition, the valve lift can be switched in two stages on the exhaust side. This solution permits optimum control of gas exchange with respect to performance, consumption and exhaust emissions. The new Golf R easily complies with the latest Euro 6d-ISC-FCM emission standard. The TSI engine transfers its power to the standard 7-speed DSG dual clutch gearbox and all-wheel drive.

The new model underwent its final tuning on the legendary Nürburgring Nordschleife race track. When combined with the R-Performance package, the Golf R even comes with a special driving profile for the Nürburgring, known as Special. In the Special driving profile, all of the main drive system parameters were configured for the Nordschleife – including the new 4MOTION all-wheel drive system with R-Performance Torque Vectoring for the first time. And the results are measurable: as shown during in-house test drives, the Golf R – which is equipped with a 7-speed dual-clutch gearbox (DSG) as standard – is up to 17 seconds quicker on the Nürburgring Nordschleife than its predecessor. Another feature of the R-Performance package is the Drift profile, which opens up a whole new level of driving dynamics away from public roads and makes the experience behind the wheel even more fun.

4MOTION with R-Performance Torque Vectoring. The Golf R comes equipped with a new all-wheel drive system with the designation 4MOTION with R-Performance Torque Vectoring. A newly developed rear axle drive distributes the drive power variably between the front and rear axles – and as a new feature, also variably between the left and right rear wheels. Here’s how it works: the differential from the 4MOTION drive system familiar from other Volkswagen MQB models (MQB: modular transverse matrix) transfers the power via a multi-plate clutch to the left and the right-hand rear wheels with a ratio of 50:50 – even when the differential lets them rotate at different speeds when cornering. The new 4MOTION all-wheel drive system with R-Performance Torque Vectoring function, however, can also distribute the torque variably between both rear wheels. Thanks to the wheel-selective power at the wheels, up to 100 percent of the possible torque can be directed to the wheel on the outside of the bend. This reduces the cornering radius and understeer is eliminated. This leads to noticeably more agile vehicle handling. And this agility is perfectly complemented by the standard progressive steering in the new Golf R. The intensity of the power distribution is determined by the current steering angle, accelerator pedal position, lateral acceleration, yaw rate and speed. The driver can also influence the way in which the 4MOTION all-wheel drive system with R-Performance Torque Vectoring and the stabilising vehicle dynamics systems work via the standard driving profile selection (COMFORT, Sport, Race and Individual). In conjunction with the optional R-Performance package, drivers can choose between the additional Special and Drift profiles. An R button in the newly developed multifunction steering wheel takes the Golf R driver straight to the driving profile selection. This enables the driver to adjust the adaptive chassis control DCC sports running gear, another standard feature in the Golf R. For the first time – and as a world first in the Golf R – the all-wheel drive system is closely integrated with the DCC, the electronic differential locks (XDS) and the progressive steering via a Vehicle Dynamics Manager.