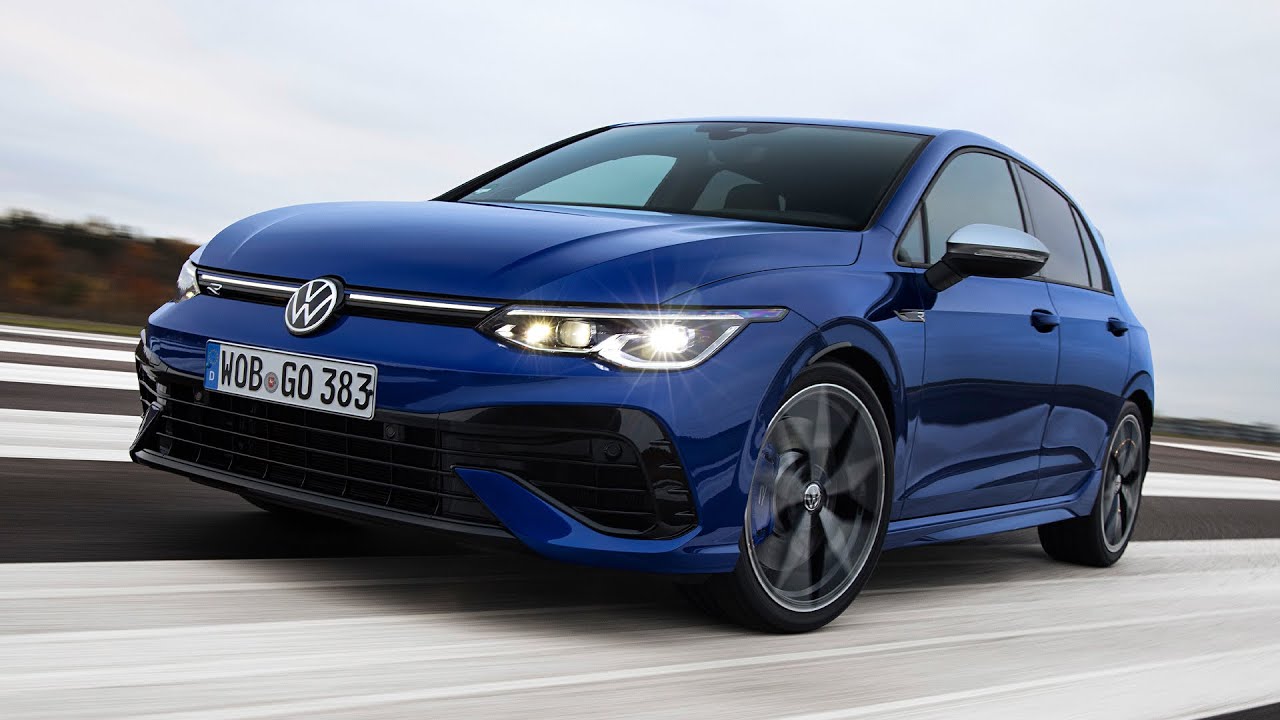 2021 Volkswagen Golf R (Mk8) The supreme hot hatch. The new VW Golf R is the fastest version of the Mk8 VW Golf. This new model is more powerful than the likes of the Audi S3 Sportback, the BMW M135i and the Mercedes-AMG A35, and is on sale now.

This rumoured Golf R ‘Plus’ model appears to have the same 420Nm of torque as today’s standard Volkswagen Golf R, but the extra power could help it accelerate from 0-60mph in a shade less than the standard R’s 4.7-second sprint time.

The Golf R has always been the subtle-looking hot hatch. It’s never had a crazy body kit like a Ford Focus RS or a massive wing like a Honda Civic Type R, so it was perfect if you preferred your hot hatch to fly under everyone’s radar. The trouble was, this meant it looked pretty similar to a normal VW Golf in sportier R-Line guise.

Loads of car makers share their mechanical bits with other brands, and VW’s no different. As a result, the new Volkswagen Golf R is pretty much the same under the skin as the new Audi S3. But, there’s one important difference – the new Golf R is actually a smidge more powerful.

The new Volkswagen Golf R is more powerful than the old model, but it isn’t actually any quicker. The new R does 0-60 in 4.7 seconds, which is the same as the old car, and just as fast as a Mercedes-AMG A35. It’s also 0.1 seconds faster than a BMW M135i and an Audi S3.

As standard, the new Golf R’s top speed is limited to 155mph, which should be more than enough for UK drivers. However, VW offers an upgraded R-Performance pack that bumps this limit up to 169mph. This pack also adds bigger 19-inch alloy wheels (instead of the standard 18-inch items) and a larger rear spoiler that – according to VW – actually produces some downforce.

Ever since the first Golf R (which was actually called the R32), each model has come with four-wheel drive as standard. But, this new model gets a torque-vectoring system that’s cleverer than ever.

Rather than just split the engine’s torque between the front and rear wheels, the new Golf R can send up to 100% of the back axel’s torque to each of the rear wheels independently. This helps you make tighter turns because it sends all the power to the outside wheel to help push you round a corner.

This system is linked up with the Golf R’s electronic locking differential and stability program. So it can constantly adjust the car’s setup to maximise grip when you’re cornering.

An all-new feature for the Golf R is VW’s new Drift mode. Available as part of the Performance Pack, this turns off the car’s stability control and sends as much power as it can to the rear wheels – much like in a Mercedes-AMG A45 S.

You also get the usual Comfort, Sport and Race driving modes, and a new ‘Special’ driving mode which has been programmed just for the Nurburgring race track. This doesn’t sound like it’ll be much use in the UK, but its combination of sporty engine and gearbox settings and a slightly softer suspension setup could be the perfect combo for our rubbish roads.

The new VW Golf R is on sale now, priced from £39,270. That means it costs around £1,400 more than an Audi S3 Sportback. There’s also an optional £2,000 Performance Pack that adds a bigger rear spoiler, larger 19-inch alloy wheels, an increased top speed of 168mph, and the ‘Drift’ and ‘Special’ driving modes.