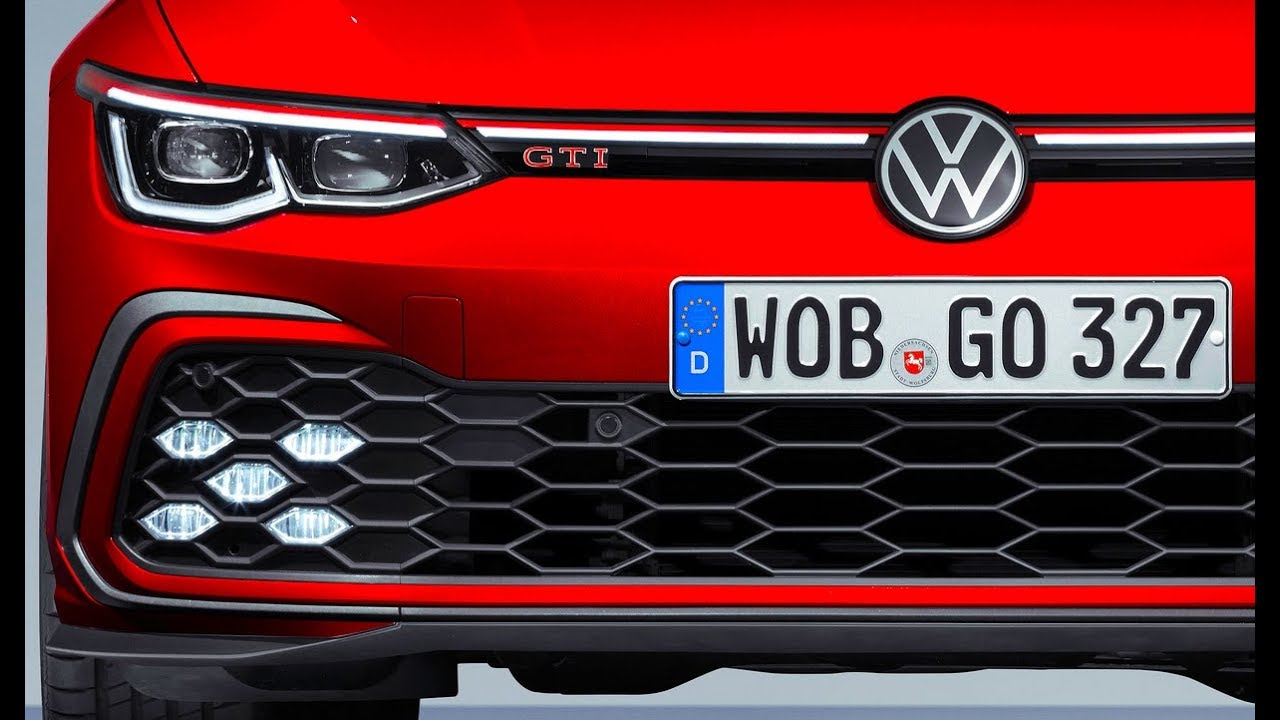 2021 VW Golf GTI – Superior high-tech sports Hatchback. Just ahead of the Geneva International Motor Show, Volkswagen is showing off the eighth generation of its beloved hot hatchback, the 2021 Golf GTI. Though every indication leads to the U.S. market not getting the entry-level Golf model, VW is keeping enthusiasts in mind by confirming the hotter GTI and upcoming Golf R for America.

On the exterior, VW included some key styling enhancements to denote the GTI from the base Golf. The face wears a standard light-up bar above the radiator grille, which also features specific red accents for the GTI. This creates one continuous bar of light that stretches across most of the car’s face and is probably the most striking design feature. The new optional LED light clusters in the huge honeycomb front bumper are unique too, adding some additional style to the GTI’s more aggressive face. This GTI wears a new wheel that’s similar to the previous car, albeit with a more angular five-spoke design. The signature red brake calipers, however, are still present.

New LED taillights include a sleek design and a modified slanted rear spoiler stands out in the rear. We also love the etched detailing the rear diffuser, which also includes dual-exhaust tips. The iconic red GTI logo is a new font and moves to the center of the vehicle from the lower corner.

While purists should adore the subtle enhancements to the exterior, there’s more going on inside. Every GTI comes with a new 10-inch infotainment system that sits above the center stack, digital gauges, and ambient lighting with 30 colors to choose from. Optional is the bigger 10.2-inch digital cluster, which includes navigation integrated into the center touchscreen.

Volkswagen kept the fan-favorite plaid seats, which incorporate GTI-specific red stitching and red accents. This car’s Euro-only GTE and GTD siblings use blue and gray color schemes, respectively. The center console is completely re-worked and features a new stubby shift-by-wire gear selector for the DSG and a square-shaped start/stop button that blinks red before firing up the engine. Finally, a redesigned steering wheel wears the new VW logo, along with a larger center section and even more red accent coloring. There’s a real grown-up feeling with this GTI’s interior, but thankfully the most recognizable cues are still here to keep things fun.

Similar to the previous generation, the new GTI uses a turbocharged 2.0-liter four-cylinder that mates to a standard six-speed manual, or optional seven-speed dual-clutch DSG transmission. European models are rated at 245 horsepower (180 Kilowatts) and 273 pound-feet (370 Newton-meters) of torque, with U.S. specs not yet confirmed by VW. The new GTI uses a McPherson front axle and multi-link rear suspension, though there is a new adaptive chassis control system. Known as DCC, the system reacts to road conditions, while also taking into account steering input, braking, and acceleration to change the adaptive dampers almost instantly. Volkswagen says this new system will allow for a much-improved range between comfort and sport driving modes.

Though it’s still too early to get the entire picture with the new GTI, including pricing and performance figures, this is a promising debut. Volkswagen keeps many of the most-loved cues from past generations while pointing the GTI toward the future with its interior. Check back next week for our first look video with the new GTI live from the Geneva International Motor Show.