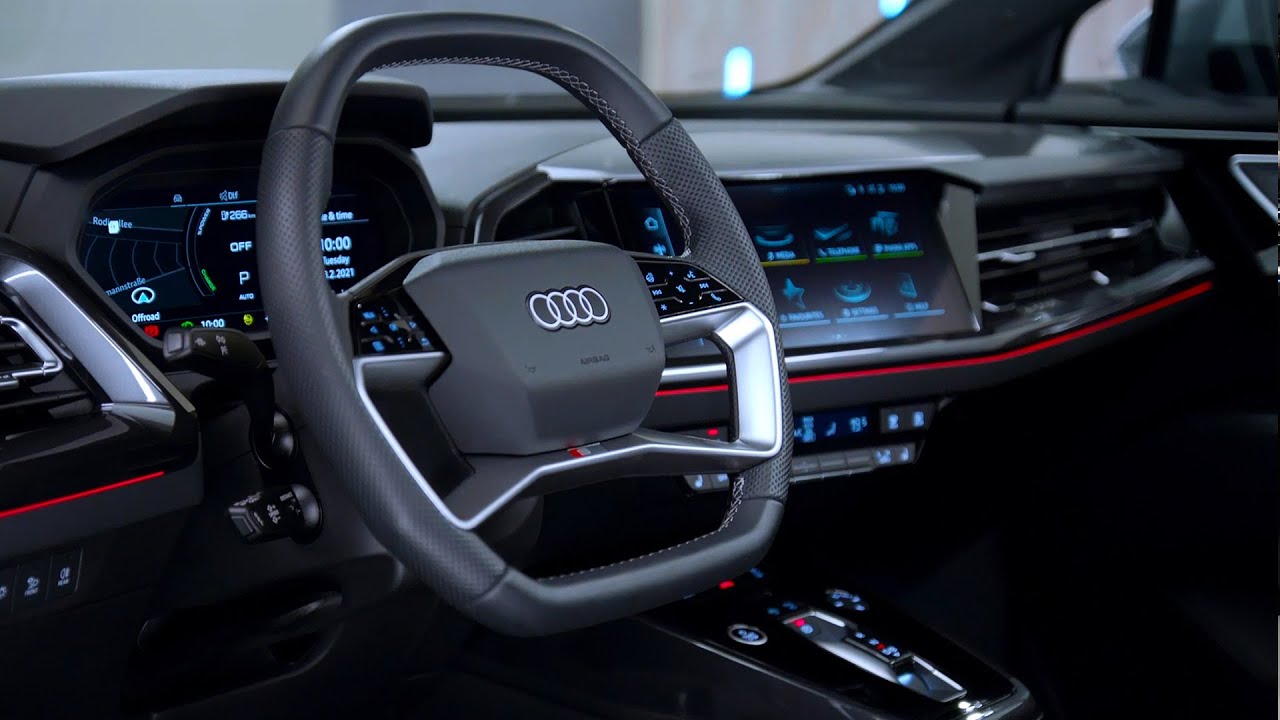 2022 Audi Q4 e tron Sportback – Interior Details. Audi’s first mass-market electric crossovers, the E-Tron and E-Tron Sportback, introduced battery power to the brand by way of sleek exterior looks, solid performance, and a modern cabin. When the new Q4 E-Tron debuts next month, the sharp EV will forge a similar path, but with more features and cargo room than some of its nearest gas-powered competitors.

On the tech side, the Q4 E-Tron adopts Audi’s signature Virtual Cockpit with a standard 10.1-inch MMI touchscreen – the same as what’s offered on the E-Tron – or an optional 11.6-inch touchscreen. When the Q4 E-Tron goes on sale, that will be the largest screen available in any Audi on the market. But two new features will be available on the Q4 E-Tron for the first time: a “Hey, Audi” voice assistant, and an optional augmented reality head-up display.

Audi’s augmented-reality HUD will project arrows, starting and stopping points, and more, onto the windshield. The elements of the augmented reality head-up display “project” at an average distance of 32.8 feet from the driver – or slightly further for things like arrows and waypoints, depending on the situation. The field of view itself measures diagonally at around 70 inches, and when combined with a picture generation unit (or PGU) and an LCD screen, it makes all the information easy for the driver to read at a glance.

Another highlight of the Q4 E-Tron’s interior is the clever packaging. With the modular MEB architecture underneath (shared with the Volkswagen ID.3), the Q4 stretches out to 15.1-feet long, which makes it nearly as big as a comparable gas-powered BMW X3 (15.6 feet). But thanks to the low-mounted battery pack and long wheelbase (9.1 feet), the Q4 E-Tron has as much room behind the second row as the BMW, 18.4 cubic feet compared to 18.5 cubic feet. And with the second row folded flat, the Q4 has 52.6 cubes versus the BMW’s 50.5 cubes.

The Q4 E-Tron also offers solid storage space throughout the cabin, not just in the rear. Users have access to up to 0.9 cubic feet of total storage space in the glove box and center console, with two integrated cup holders and up to four USB ports available within the latter.

As far as materials go, buyers can choose from traditional, artificial, or full Nappa leather on the S Line model, specifically. The faux leather is joined by a high-quality Dinamica trim that looks and feels like suede but consists of 45 percent recycled materials.

For now, Audi only provides us a quick glimpse of the inside of the upcoming Q4 E-Tron. We’ll know all the details surrounding the EV when it officially debuts next month. 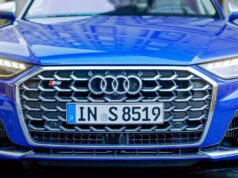 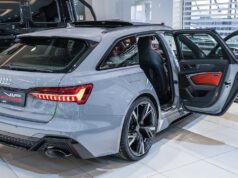 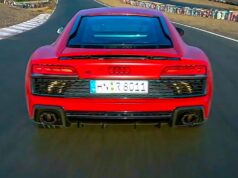 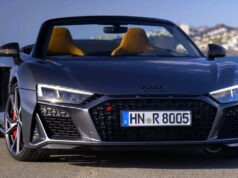 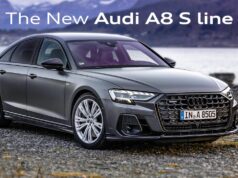 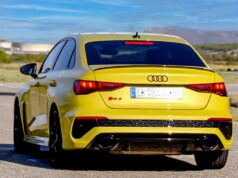