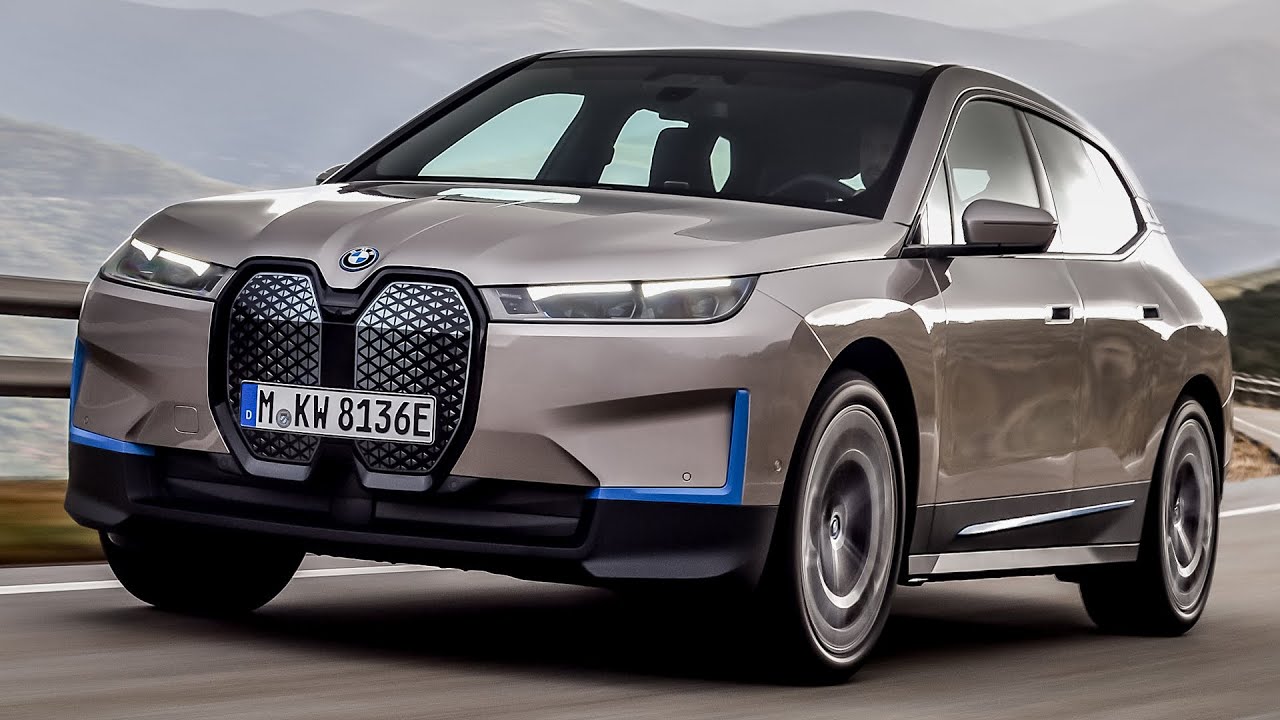 2022 BMW iX – Futuristic Electric SUV with 500 Hp and 376 mile range. For years, BMW said it had something special cooking for the electric SUV segment. We saw a preview of what was to come in the BMW iNext concept, but on Wednesday, the German automaker revealed the real thing in the BMW iX — the name this SUV will take to production. Toned down for production outside, but delightful inside, this is the company’s flagship for the future.

And with the title of “flagship” comes a new era of powertrain. The iX features the automaker’s fifth-generation “eDrive” comprising two electric motors and a battery. BMW didn’t detail how large the battery is, but it specifically mentioned a target of over 300 miles of range on the EPA cycle — not European standards. The two e-motors make 500 horsepower, and 0-62 mph happens in under five seconds, according to prototype tests. DC fast charging will be onboard with charging capacity up to 200 kilowatts. Drivers will be able to add 75 miles’ worth of driving range in 10 minutes, by BMW’s estimates, and 10% to 80% charged comes in about 40 minutes.

Like the latest M3 and M4, the iX wears the giant, vertical kidney grilles. We knew they were coming, and frankly, the iX sports them far better than the iNext concept, which included a blue outline for the shape. It wasn’t the prettiest look, but it works better here. Not that the electric powertrain needs a lot of cooling; the grille actually hides cameras, sensors and lots of technology for drivers. BMW aimed for minimal sculpting lines, which is very evident in the relatively flat bodywork. It’s an incredibly smooth-looking SUV, evidenced with zero breaks in the tailgate especially, though I truly think a little bit of drama could have helped here. Overall, the iX isn’t the sexiest piece of metal.

Inside, though, it’s very nice. I don’t dig buzzwords, but one set of descriptors sort of stood out when BMW described the dashboard area: “fine furniture.” Combined with the minimalist aura, the iX actually looks super premium. I adore the seat pattern and the material choices inside. Some of them come from recycled sources, according to the automaker, which helps boost the SUV’s green credentials. A tablet-style curved screen juts upward from the dash for the driver systems and infotainment, and ahead of the driver is an angular steering wheel. I’ll have to grip it to be sure, but it might be a little clunky to maneuver around. Nevertheless, I dig it with the uncluttered vibe. Designers really tried to play up the amount of space available without a center transmission tunnel.

The interior definitely seems worthy of flagship, but increasingly, technology also takes a center stage. The iX will be 5G enabled, and the computing power onboard is 20 times that of current BMW models. That’s good because BMW in the past said the iX would serve as a testbed for future self-driving technologies. There’s no detailed mention of those systems today, but if that’s still the plan, computational power is important. Under the skin, technology and engineering shine as well with a mix of construction materials to amplify safety and weight savings. Aluminum, a “carbon cage” for torsional stiffness and a precise eye on aerodynamics could make the iX a nimbler thing than first perceived.

This is just our first taste on the iX because we have a long way before the first SUVs reach the US, and the automaker will surely want to share more details between now and its early 2022 launch date. Production will kick off in late 2021 before the SUV ships out. Get used to this, though, because BMW is adamant that this is our future.