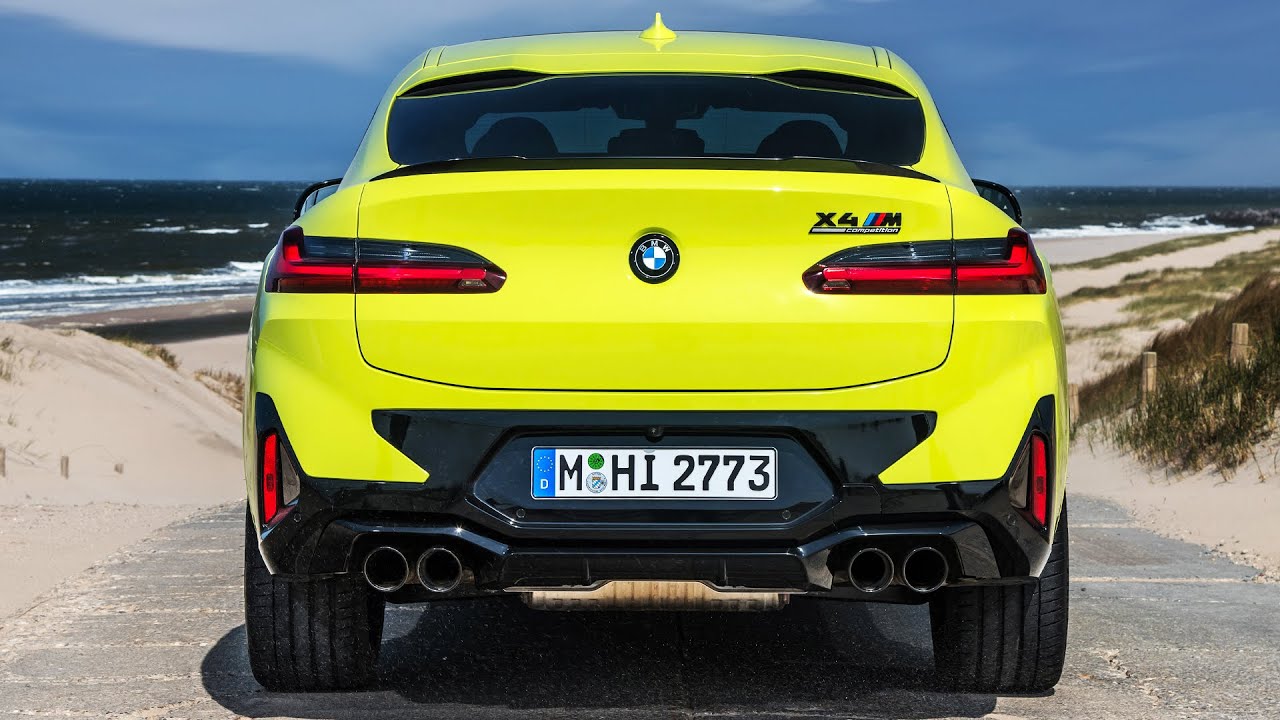 2022 BMW X4 M Competition 503 hp / Wild Crossover Coupe!!!. As the X3 M and its hunchback sister model, the X4 M, enter the sweet, late summer of their life cycle, the M performance division is doing everything to keep them on par with the Mercedes-AMG GLC, which might soon move from eight to four cylinders, and the top versions of the Porsche Macan.

The X3 M and X4 M marked the first application of the S58 twin-turbocharged straight-six before it migrated into the M3 and M4. Now, the engine is further enhanced with a 3D-printed cylinder head core and a forged crankshaft. As a result, it becomes more torquey than before by a considerable margin. The regular models, rated at 473 horsepower, now make 457 pound-feet of torque, and the Competition versions, rated at 503 horsepower, crank out a whopping 479 pound-feet of torque. That’s a gain of 13 and 37 pound-feet, respectively.

The extra torque translates into even better responsiveness at an already supreme level, and the automaker’s claimed zero-to-60-mph times drop from 4.1 to 3.9 seconds on the regular models and from 4.0 to 3.7 seconds on the Competition models. The 155-mph governor can optionally be raised to 177 mph.

The rear-biased all-wheel-drive system and the ZF 8HP eight-speed automatic transmission help to bring the power to the road. As before, the suspension is upgraded and stiffened compared to the regular X3 and X4 models. And while those regular models feature 19-inch wheels, the M models come with mixed wheel/tire combinations, fatter at the rear and standing on 20- or 21-inch wheels.

Reflecting the technological changes, the design inside and out is more aggressive than before. The LED headlights are squinted and more angular, the trademark kidneys have grown, and the front fascia features bold, diagonal styling elements. The taillights of the X3 M are updated and look a bit more angry.

As on the regular X3 and X4, the interior is updated with a rearranged upper center console and new air vents. The improved cloud-based navigation system, upgraded connectivity and a “personal assistant” reflect the changes to the lesser models, and in addition to that, the M models gain rearranged buttons and a red start/stop knob.