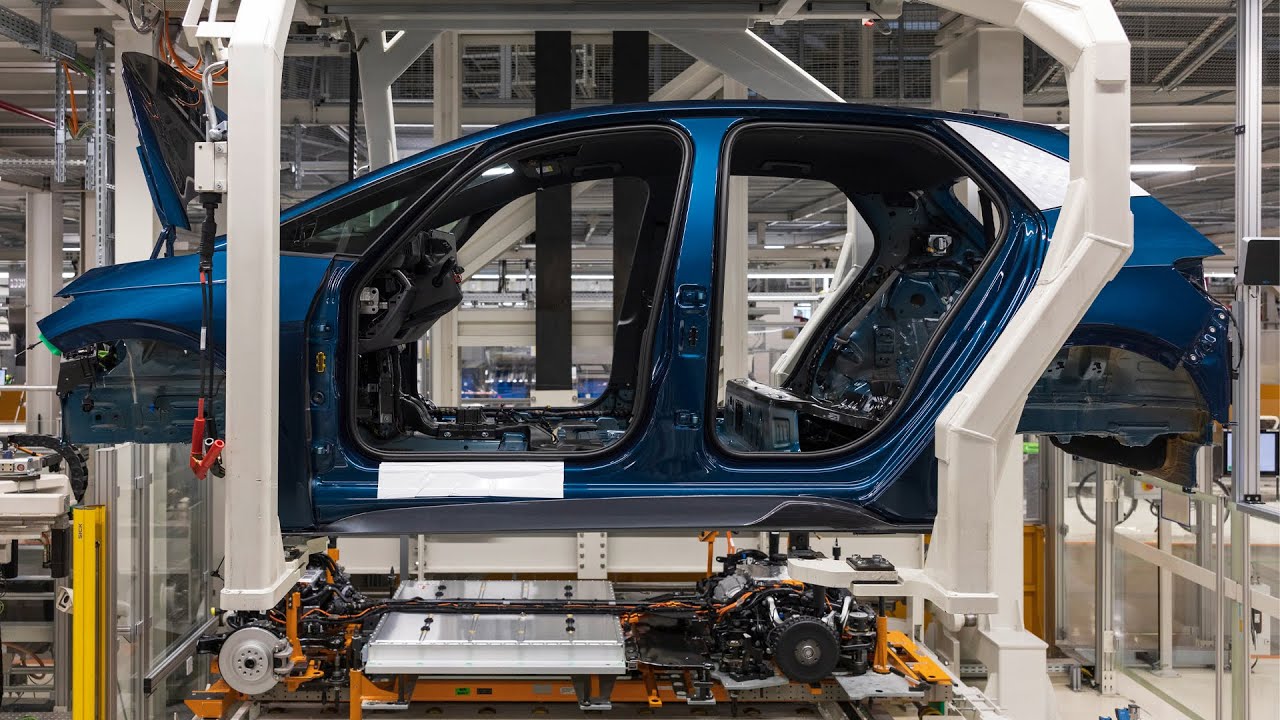 2022 CUPRA Born – Production at the Zwickau plant in Germany. Cupra Born Enters Production in Germany, Next to Its Volkswagen ID.3 Cousin

After a very lengthy teaser campaign, topped by the big unveiling back in May this year, the Cupra Born has finally entered production. The electric hatchback, a slightly hotter-looking Mediterranean cousin of the Volkswagen ID.3, has entered production next to it at the Zwickau facility, in Germany.

The first units of the Born have already rolled off the assembly line, and the milestone was celebrated by Cupra and Volkswagen Group officials, who were on stage to welcome it, highlighting the importance the model has for the brand that aims to become fully electric by the end of the decade.

“With its emotional design and electric sportiness, the Cupra Born is the impulse of the company’s transformation and the start of Cupra’s electric offensive,” said CEO Wayne Griffiths. “Producing our first 100% electric model in Europe’s largest electric vehicle factory will provide valuable learnings as we look to build electric vehicles in Martorell (Spain) from 2025 onwards.”

Built next to the Volkswagen ID.3, ID.4, Audi Q4 e-tron, and Q4 Sportback e-tron, at the facility that has an annual capacity of around 330,000 units, the Born is the brand’s first model to follow a CO2-neutral concept. It is also their first-ever electric vehicle, and is set to arrive on the market in November.

Previewed by the 2020 El-Born Concept, the EV hatchback shares its basic body structure with the ID.3, as well as the underpinnings. It has a single motor driving the rear wheels, and with the 45 kWh battery, which enables a 340-km (211-mile) range on the WLTP cycle, it has 148 hp, needing 8.9 seconds to accelerate to 100 kph (62 mph).

A 58 kWh battery is available, powering the 201 hp motor. In this configuration, the sprint drops to 7.3 seconds, and the autonomy increases to 418 km (260 miles). The e-boost option uses the same battery for an identical range, but improves the acceleration time to 6.6 seconds. Those into long distance cruising can get the e-boost variant with a 77 kWh battery, for km (335 miles) of range, and a 0 to 100 kph (0-62 mph) acceleration of 7 seconds.

On a related note, Cupra might introduce a quicker version of the Born, if enough customers demand it.