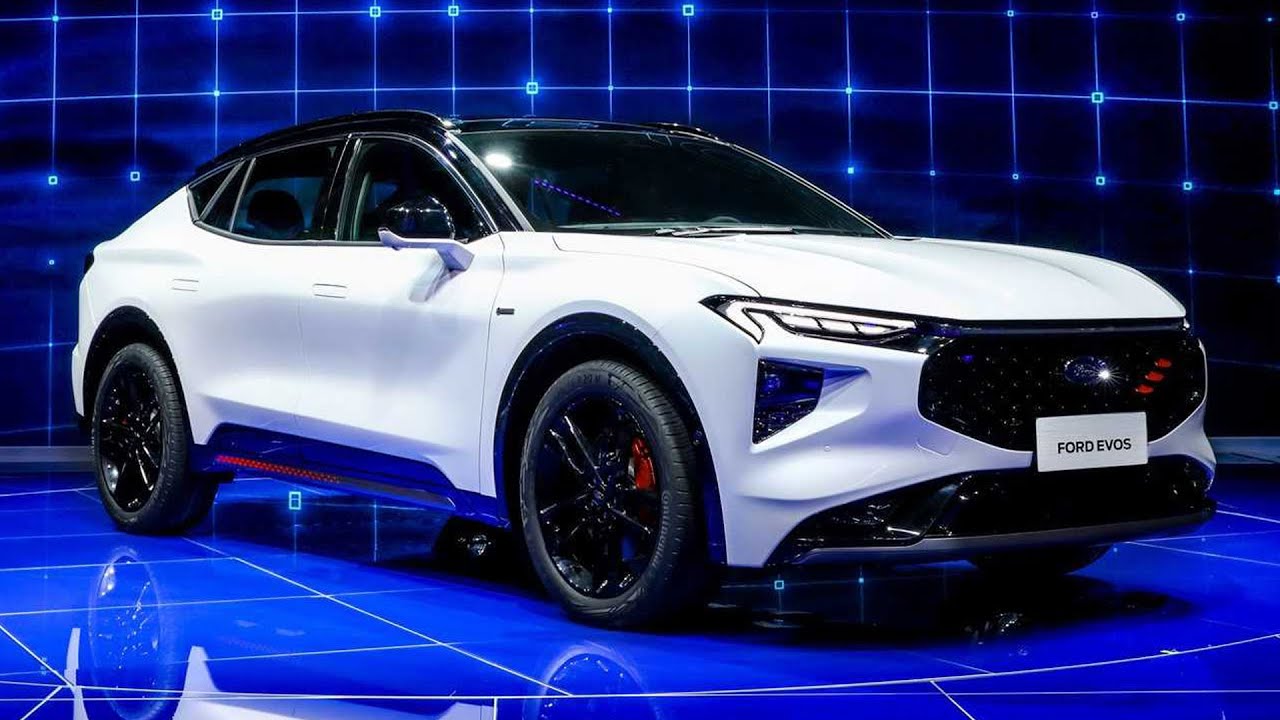 2022 Ford Evos – Interior and Exterior / Wagonized SUV With Ultra Wide Screen. The Ford Evos has arrived at Auto Shanghai. Much like the Citroën C5 X, it’s a segment-blurring family car created as a mélange between a wagon and an SUV. It represents the Blue Oval’s first product to be largely developed by a team in China where it will be initially available and produced by the Changan Ford joint venture.

It’s an attractive five-door machine with a front fascia reminiscent of another China-focused model, the recently launched Equator SUV. The light bar above the grille is gradually starting to become a design trend to create a visual connection between the LED daytime running lights. Pop-out door handles remind us of the Mustang Mach-E, and while Ford says the side profile is a coupe-SUV affair, it looks more like a high-riding wagon to us.

The interior is a vast departure from current Ford designs by adopting an ultra-wide screen setup spanning 1.1 meters (3.6 feet). The fully digital instrument cluster has the now common 12.3-inch size and is joined by a 4K-resolution touchscreen measuring a whopping 27 inches. They’re housed inside the same massive piece of glass almost as wide as the dashboard, similar to what you’ll find inside a Honda E where there are five side-by-side screens.

The infotainment software runs on Ford’s localized SYNC+ 2.0 with Baidu’s AI tech and what the company refers to as a virtual personal assistant. Much like the Mustang Mach-E and F-150, the Evos supports over-the-air updates, effectively meaning the wagon-SUV will get better with future software revisions without having to take the car to the dealer.

Details regarding availability outside the People’s Republic are scarce, although it’s widely believed the Ford Evos will go on to replace the Mondeo in Europe and the Fusion in North America. Based on the model’s name, that would make sense considering the 2011 Evos concept previewed the styling direction of the outgoing midsize sedan.

Technical specifications remain shrouded in mystery, but the vehicle is expected to be sold globally with a hybrid powertrain. The version featured here is a 1st Edition equipped with all the bells and whistles, including contrasting orange accents inside and out. The Ford Evos sits on 19-inch wheels and has a two-tone body with a predominantly white finish combined with a black roof.

We will update this post as soon as Ford releases more images and details about the underpinnings and powertrain.