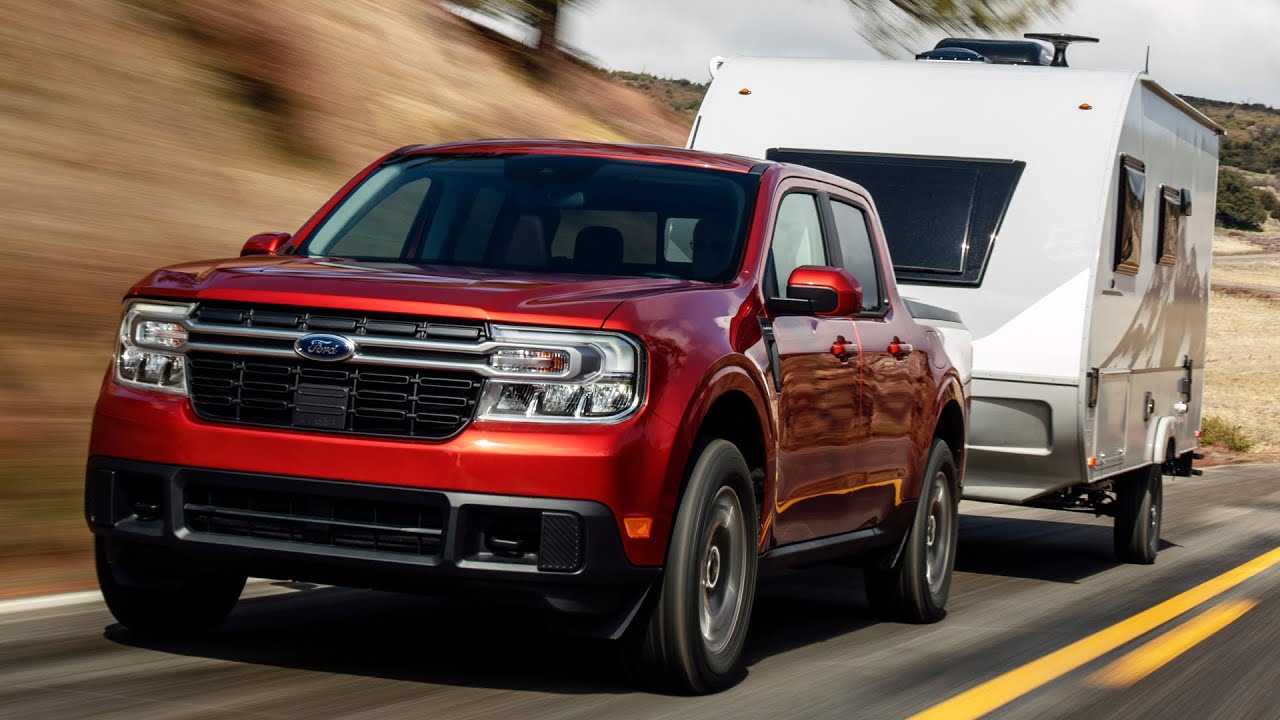 2022 Ford Maverick Compact Truck – Features, Design, Interior and Torture Test. Ford is reentering the compact pickup truck space with the new Maverick, hoping that this new model will convert sedan buyers after the automaker dropped passenger cars from its lineup. The unibody pickup will arrive next year positioned under the body-on-frame Ranger mid-size truck in Ford’s lineup, and it comes standard with a hybrid powertrain starting at $21,490.

That low starting price will get you a base XL model with a hybrid powertrain that uses a 2.5-liter inline-four and an electric motor. This combination produces a total of 191 horsepower, and it’s paired with a continuously variable automatic transmission (CVT). Ford claims 40 mpg in the city, close to the Escape hybrid’s EPA rating, but hybrid Mavericks are only available with front-wheel drive. The Escape hybrid does offer all-wheel drive, and Ford says the Maverick hybrid may offer it later if people want it. An optional nonhybrid turbocharged 2.0-liter four-cylinder can be equipped with either front- or all-wheel drive. It makes 250 horsepower and 277 pound-feet of torque and uses an eight-speed automatic. Hybrid models will tow up to 2000 pounds and the turbo 2.0-liter is rated at 4000 pounds.

The small and boxy Maverick has a friendly appearance. Base models have a black grille, while the other two models have gray trim worked in. A set of 17-inch steel wheels are standard on the base model, but additional 17- or 18-inch wheels in silver or black are also available. There is a First Edition package for the first model year that comes exclusively in Carbonized Gray, Area 51, or Rapid Red. An FX4 package is also available on the top two trims and adds all-terrain tires, different suspension tuning, skid plates, two additional drive modes (Mud/Rut and Sand), and hill descent control.

The five-passenger, four-door Maverick fits between other unibody pickups such as the upcoming Hyundai Santa Cruz and Honda Ridgeline in size. It’s smaller than the current Ranger but close in size to the second-gen model. Its bed measures 4.5 feet (the Ridgeline has a 5.3-foot bed) and can haul up to 1500 pounds of stuff with both powertrain options. With the tailgate down, its flat load floor measures six feet. Inside the bed are two 12-volt prewired power sources, available 110-volt and 400-watt outlets, four tie-down points, four D-rings, and threaded holes in the side of the bed to bolt in custom concepts. Scan the QR code in the bed, and it gives ideas for do-it-yourself upgrades like a bike rack.

All Mavericks get an 8.0-inch touchscreen infotainment system. There’s a cubby next to it that’s awkwardly sized, but the interior is full of other alcoves, including under the rear seats, for items such as larger water bottles and phones. Ford used a floating armrest design for the door panels to allow for more room to fit those larger jugs. WiFi capability and Apple CarPlay and Android capabilities are standard across the board. The base and mid-level models have manually adjustable cloth seats, but the top Lariat model upgrades to power-adjustable faux-leather seats. Sticking with the standard hybrid means slightly less second-row legroom; both configurations have less space in the rear seat than the Escape.