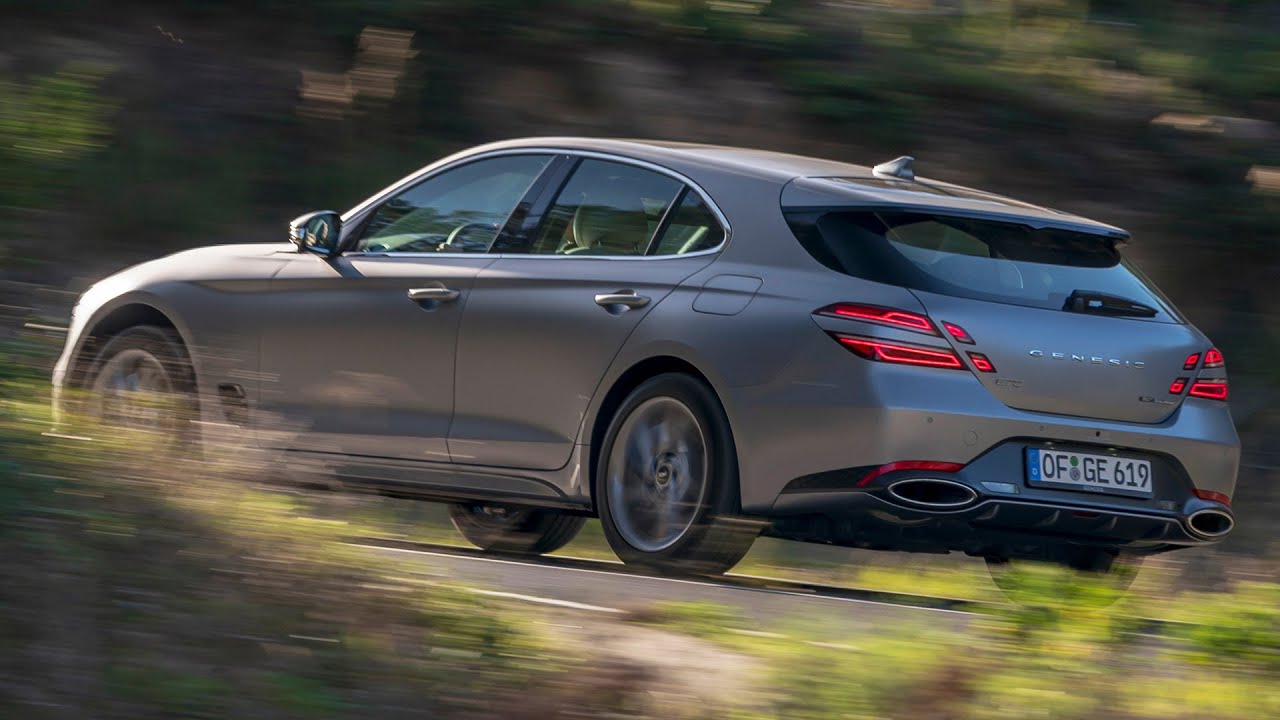 This is the firm’s latest effort – a new estate car called the G70 Shooting Brake, which is on sale now priced from £35,250 as a competitor to Audi A4 Avant and BMW 3 Series Touring.

Genesis hasn’t yet issued a detailed breakdown of the G70 Shooting Brake’s standard equipment, although the brand has told us the prices for each model.

The entry-level Premium Line variant will start from £35,250, while mid-range Luxury Line and flagship Sport Line cars start from £40,250 and £41,430 respectively.

From the front, the Genesis G70 Shooting Brake looks identical to the saloon on which it’s based, featuring the brand’s signature shield-shaped radiator grille and two lines light design.

The Shooting Brake’s dimensions are identical to the G70 saloon’s, and the new wagon is a little more rakish than your average estate car. In contrast to the conventional style, there’s no side window after the C-pillar, and the tailgate slopes downwards heavily for a sportier look.

However, that redesigned rear end isn’t just for show. The Shooting Brake has a 465-litre boot, which is 40 per cent larger than the G70 saloon’s. The rear seat folds in a handy 40/20/40 split.

Inside, Genesis’s premium ambitions are clear to see, with knurled finishes on most of the switchgear, as well as diamond-quilted perforated leather. The Shooting Brake will match its saloon stablemate for technology, with a wireless smartphone charger, a 10.25-inch infotainment system and a 360-degree camera, as well as a 3D digital instrument cluster.

Other kit includes a range of driver assistance systems, such as adaptive cruise control that can bring the car to a full stop, lane-keep assist and forward collision warning with emergency braking.

From launch, buyers will have a choice of one petrol and one diesel engine, both of which are shared with the saloon. The petrol is a 2.0-litre four-cylinder unit with 251bhp and 353Nm of torque, with the 2.2-litre diesel putting out 199bhp and a healthy 440Nm. Both send drive to the rear wheels through an eight-speed automatic gearbox.

On the Premium Line model, the diesel is more expensive than the petrol, with a starting price of £37,600. However, the same engine is £450 cheaper than the petrol unit on mid-range Luxury Line and flagship Sport Line models.

The range-topping version of the G70 saloon is also available with a turbocharged 3.3-litre V6 petrol that powers all four wheels, but this won’t be offered on the Shooting Brake initially – we expect it will arrive later in the estate’s life cycle.

Genesis also says that the G70 will offer a more sporting driving experience than the larger, E-Class-rivalling G80, although there is still a heavy focus on comfort.