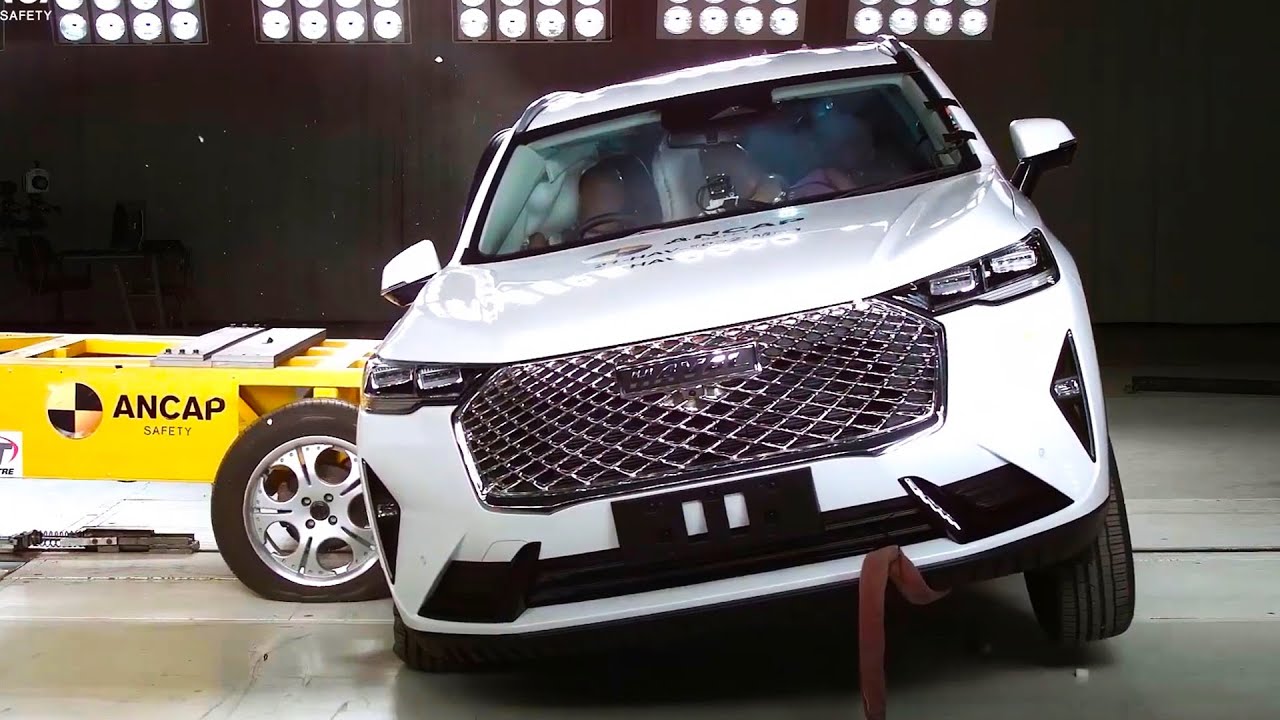 The H6’s onboard safety systems also helped it perform well (81 per cent with 13.06 of 16) in actively avoiding or reducing the effects of a range of potential collisions – including in a run-off-road crash and in car-to-car and car-to-cyclist autonomous emergency braking (AEB) scenarios.

However, when it came to the AEB pedestrian backover test, which simulates a pedestrian walking or standing behind a reversing vehicle, the H6 was not so hot – earning zero out of a possible two points and was dubbed poor.

The result comes from the latest round of testing against ANCAP’s new 2020-2022 rating criteria.

Full points were scored for driver protection in both the side impact and oblique pole tests, as well as for protecting front and rear-seat occupants from whiplash and for the front-seat passenger in the frontal offset test.

In the latter however, protection to the driver’s chest was knocked down to marginal as the impact on the dummy used in the test indicated risk of injury, and a penalty was also applied for the driver’s footwell – which showed ‘loss of integrity’ in the frontal offset test.

Child occupant protection meanwhile, and the ability of the H6 to safely accommodate a range of typical child restraints, also scored highly. But it’s worth noting that ANCAP said one of the selected, Type E, booster seats for four to eight year-olds could not be correctly installed in the centre rear seating position due to a lack of Isofix or integrated child restraints.

“This is GWM’s first new Haval SUV model to the Australasian market for a number of years. Delivering a five-star vehicle to the market, against ANCAP’s latest 2022 protocols, demonstrates the brand has kept pace with the latest ANCAP safety standards and consumer safety expectations,” said ANCAP Chief Executive Officer, Carla Hoorweg.

“There has been a lot of interest in a safety rating for the H6, and this now provides consumers with an independent assessment of its safety performance.”

The 2022 Haval H6 range starts from $32,990 drive-away for the H6 Premium 2WD and tops out with the H6 Vanta AWD at $41,990, with prices rising twice over the last four months. The model was first introduced in Australia in March last year.

In February, the Chinese carmaker confirmed pricing and features for its H6 Hybrid – set to start at $44,990 drive-away when it arrives in the coming weeks.
———
Hope you enjoy this video and leave your comment bellow. To stay up to date with alot of new Videos