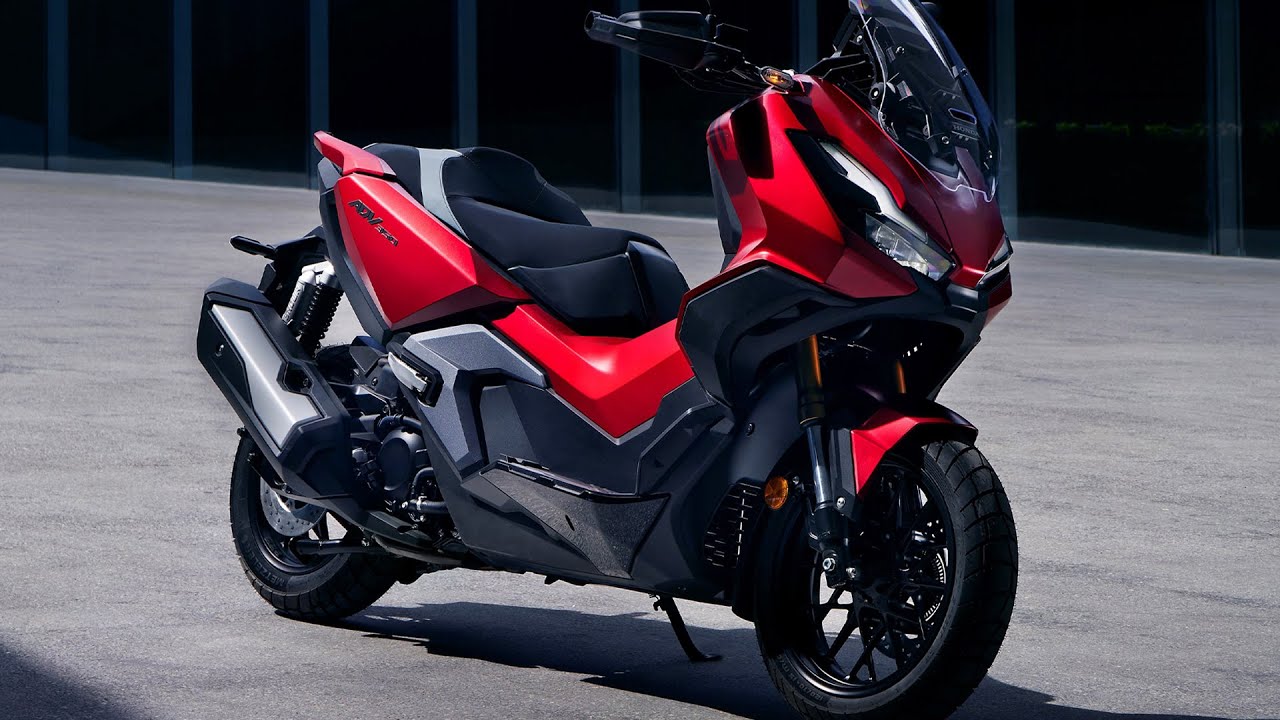 2022 Honda ADV350 Walkaround – Honda’s new scooter is ready for adventure. Honda’s X-ADV has been an impressive seller in Europe since its release in 2016, but now they’ve taken the sector another step forward with their new, mid-capacity offering: the ADV350.

At the heart of Honda’s ADV350 is the same Euro5 330cc, enhanced Smart Power+ engine from the Forza 350. It not only produces 29bhp at 7,500rpm and 31.5Nm torque at 5,250rpm, but also offers a potential 210 mile range, which is impressive when you consider the moderately sized 11.7 litre fuel tank. Electronically, the ADV350 comes equipped with two level Honda Selectable Torque Control, which can also be switched off.

This is then stuck in the Forza’s lightweight tubular steel frame, which has been complimented with six-spoke cast aluminium rims, 37mm USD forks, and a shock with a remote reservoir, which Honda tell us has been designed for everything from city riding to light off-roading. It’s not just about the ride though as Honda have kept things practical too, with room for two full-face helmets under the seat, a USB charger, Honda’s Smart Key system, a four stage adjustable screen and the Honda Smartphone Voice Control system, which works with the LCD dash.

In essence it looks like a more rugged version of the Forza 350, with more adventure bike styling inspired by the X-ADV and Africa Twin, longer travel suspension and dual purpose tyres. That’s no bad thing, as the Forza 350 is a brilliant mid-capacity scooter in its own right.

There’s no word just yet on price and availability, but we do know that the ADV350 will be available in three colour schemes.