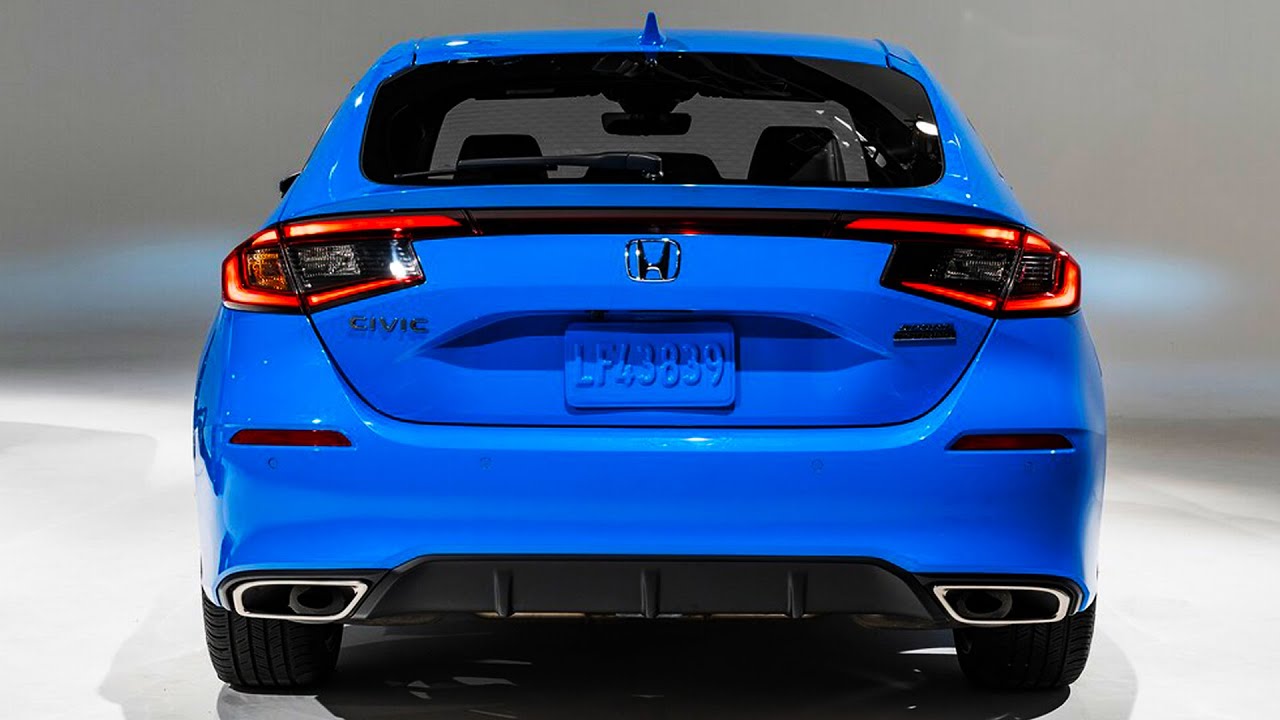 The previous-generation Civic hatchback was the most extreme-looking of the three available body styles. But the new hatch version of the 2022 Civic is arguably even better-looking than the previously revealed 11th-generation sedan. It has similarly clean lines and a few sporty trim pieces to differentiate it from the sedan. The new hatch will offer a broader lineup than before, with two available engine choices, and the even better news is that a manual transmission is available on multiple trim levels.

While the hatch previously came only with the turbo 1.5-liter inline-four, the 2022 Civic hatchback’s base LX and Sport trim levels now come with the same 158-hp naturally aspirated 2.0-liter inline-four as the sedan. The turbo 1.5-liter remains on the EX-L and Sport Touring trims, and it makes 180 horsepower. A CVT automatic is standard, while a six-speed manual will be available with either engine choice. The stick-shift is offered with the 2.0L engine on the Sport and with the 1.5L engine on the loaded Sport Touring.

The hatchback’s rear cargo area offers a considerable amount of space, with 25 cubic feet with the seats raised compared with the 15 cubic feet available in the sedan’s trunk. The rear seats fold 60/40 to expand the cargo area. Honda also says that the rear seat provides more legroom and headroom than before.

A 7.0-inch touchscreen is standard equipment, while a larger 9.0-inch screen is available on the Sport Touring. The Sport Touring also features a fully digital gauge cluster and a Bose audio system. Many driver-assistance features are included across the board, while blind-spot monitoring is offered on the EX-L and Sport Touring. New colors for the hatchback include the eye-catching Boost Blue seen here and Smokey Mauve Pearl. The LX has 16-inch wheels, the EX-L has 17-inchers, and the Sport and Sport Touring both have 18-inch wheels with wider 235-series tires.

Honda has yet to release pricing for the 2022 Civic hatchback, but we expect it to start in the low-$20,000 range for the LX and top out at around $30,000 for a loaded Sport Touring. Production of the hatchback has moved from the U.K. to Honda’s plant in Indiana that builds the Civic sedan, and the hatch should reach dealerships within the next few months.