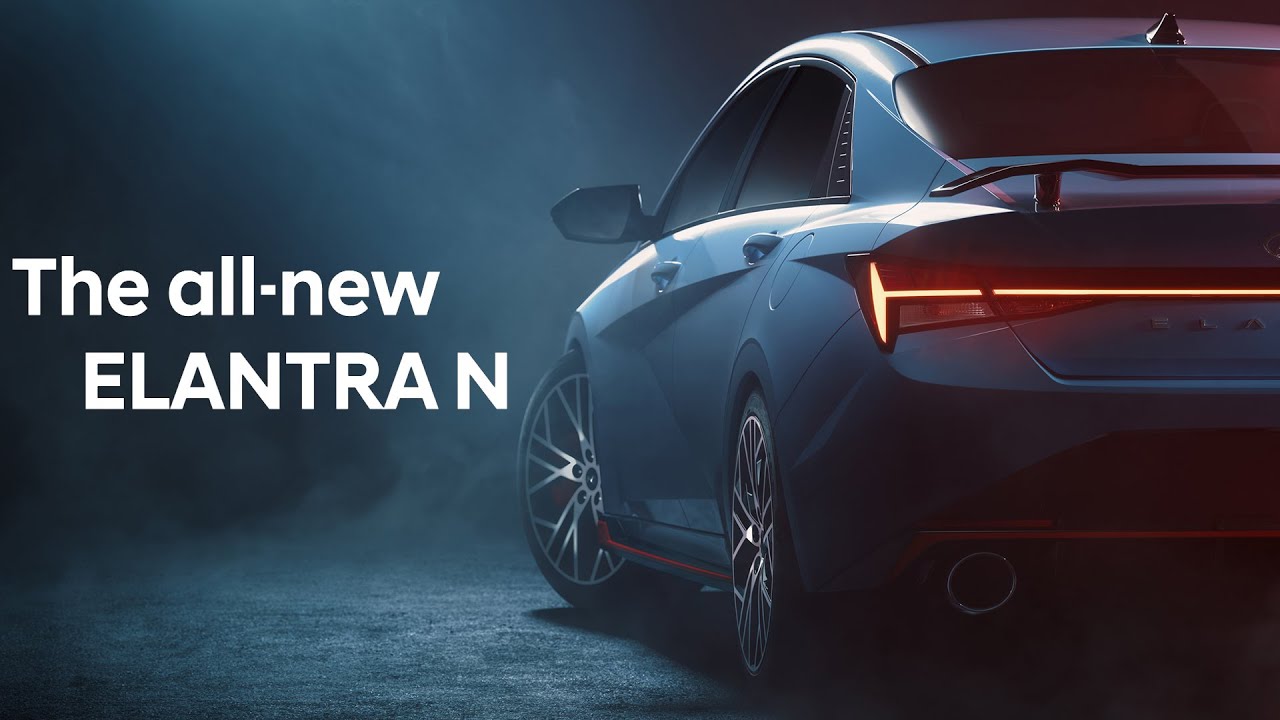 2022 Hyundai Elantra N (Teaser) Engine and exhaust sounds. Last week, Hyundai released a mysterious teaser video hinting at something coming from the South Korean manufacturer. Now, thanks to a new short preview clip, we know for sure the automaker is preparing for the launch of the Elantra N performance sedan. A full debut is scheduled for July 14.

The new teaser video shows a simplified profile of the new Hyundai N vehicle with tens of different two-, three-, and four-word abbreviations. These are likely some of the technologies and systems integrated into the new Elantra N as we get to see, for example, ELSD which most likely stands for electronic limited-slip differential.

The best part of the video is that we can finally hear the engine and exhaust sounds of the performance sedan – and judging by this very early preview, everything sounds very promising. What you can hear from the video here very much matches the exhaust note of the test prototype we saw at the Nurburgring a few weeks ago.

While Hyundai is not ready to unveil details about the Elantra N, we are 99 percent sure that it will be powered by the same engine that’s also found under the hood of the Kona N and Veloster N. We are talking about a 2.0-liter turbocharged inline-four with a peak output of 275 horsepower (205 kilowatts). The power will be transferred to the front wheels through either a six-speed manual gearbox or an eight-speed dual-clutch automatic.

Eight days – this is how much you’ll have to wait to learn all the details about the new Elantra N.