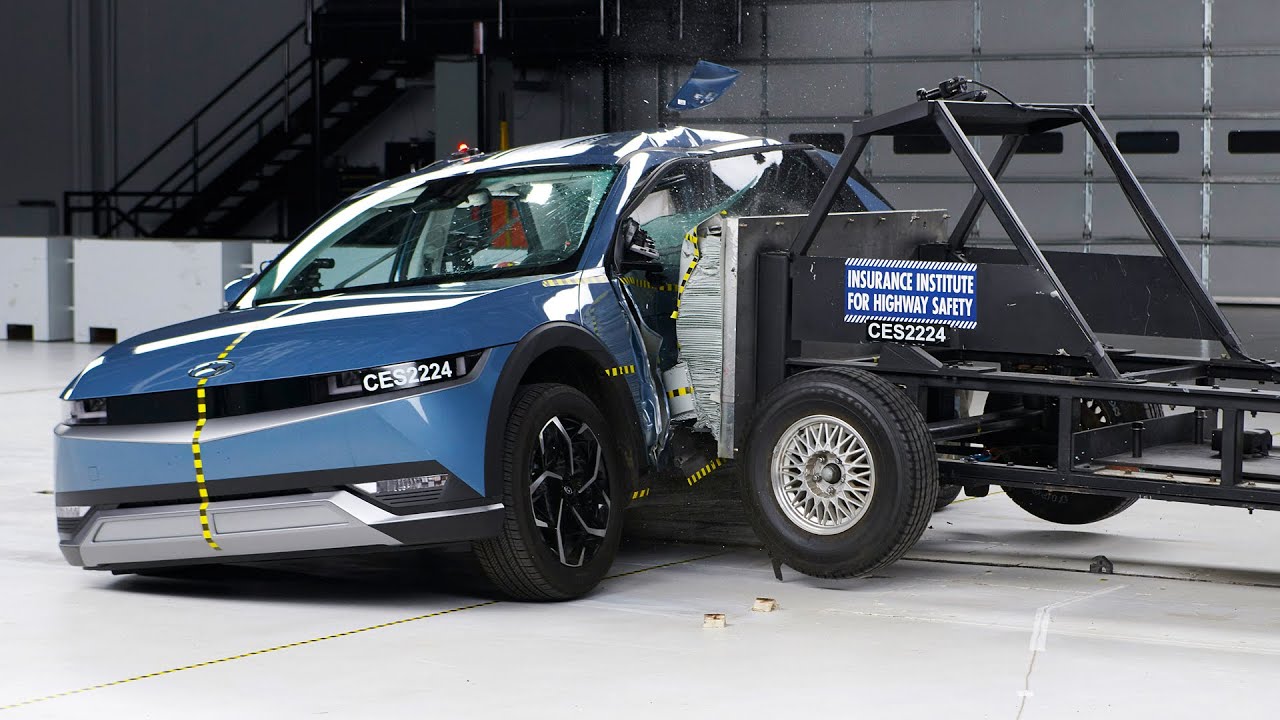 2022 Hyundai Ioniq 5 – IIHS Crash Tests / Safe electric small SUV. The Hyundai Ioniq 5 enjoys strong customer demand literally all around the world. Just recently, it got updated in Europe with a larger battery pack and the latest news coming from the electric hatch is another proof of its high safety standards. The Ioniq 5 earns the highest safety rating from America’s Insurance Institute for Highway Safety.

Applying to vehicles built after December 2021, the EV gets a Top Safety Pick+ rating showing decent ratings in each individual category. The Ioniq 5 passes probably the most important evaluation, crashworthiness, with flying colors and a Good rating (highest possible) on all key tested parameters. In addition to the standard small overlap front crash test for the driver and passenger sides, as well as moderate front overlap, these parameters also include roof strength.

IIH says that after the small overlap front crash test, the driver’s survival space remained reasonably intact, while the front and side curtain airbags worked fine and were deployed to protect the dummy’s head. There’s a very low risk of injuries to the dummy’s legs and feet, as well. The ratings were very similar for the passenger side of the vehicle.

In terms of crash prevention systems, the Ioniq 5 avoided a collision with a pedestrian at 12 miles per hour and at 25 mph, the vehicle’s safety system reduced the impact speed by 22 mph. The headlights evaluation were Good (highest possible) in the SEL and Limited trim levels, while the SE got an Acceptable (second-highest) rating.

In May this year, Hyundai announced a recall for the Ioniq 5. The automaker discovered a software error in the Shifter Control Unit (SCU) that may disengage the parking mechanism, which can allow the vehicle to roll away when parked. The recall includes a simple software update but until this happens, Hyundai recommends using the vehicle’s electronic parking brake. According to estimations, about 10,729 examples of the Ioniq 5 could be affected by the software glitch.

It’s important to note that newly produced vehicles are already getting the updated software from the factory.