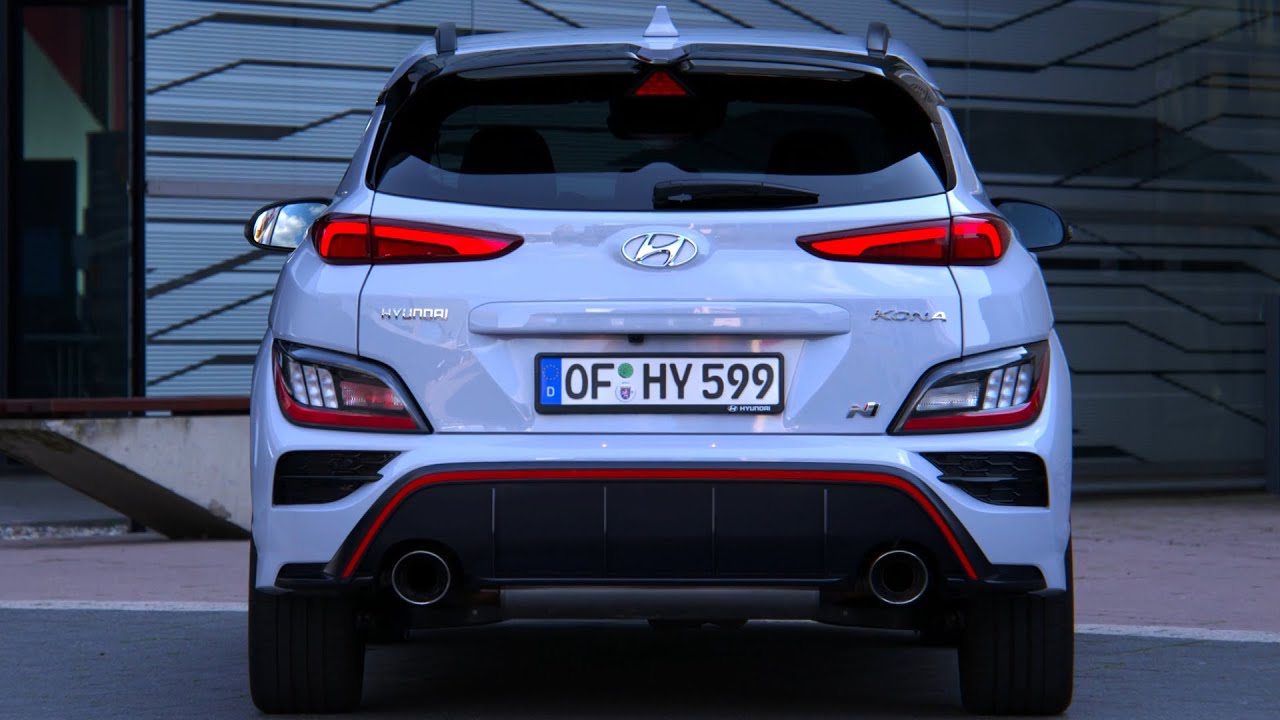 The Hyundai Kona N is Hyundai’s first sporty SUV. It packs a 2.0-litre turbocharged engine producing 290hp, which will send it from 0-60mph in 5.5 seconds. This puts it between the likes of the Volkswagen T-Roc R and the Ford Puma ST in the performance stakes.

In typical N fashion, the Hyundai Kona N gets a visual overhaul for a racier look. The front gets a much more aggressive design with a huge lower grille and large intakes below the daytime running lights, while the side of the car has lower skirts with subtle N badging.

At the back, a new diffuser has been added along with two huge exhaust exits to give the engine a proper pop-and-bang soundtrack. The Kona N gets 19-inch alloy wheels too, and the look is finished with red trim all around the car.

Powering the Hyundai Kona is a 2.0-litre turbocharged petrol engine, as found in the i30 N. Unlike in that car, where it produces 275hp, the Kona N’s engine makes 290hp. This power is sent to the front wheels through an eight-speed dual-clutch automatic gearbox, resulting in a 0-60mph time of 5.5 seconds.

A manual option seems unlikely, though rumours of an all-wheel-drive version down the line are rife.

Helping the Hyundai Kona N to manage this extra performance are a number of upgrades. These include an electronic limited slip differential which helps to maximise grip across the front wheels, as well as an upgraded braking system.

You’ll also get launch control, an active exhaust and Hyundai’s ‘N Grin Control System’ as standard. That final feature unlocks all of the Kona N’s power (which is normally limited to 280hp) and sharpens it up for more agile handling.

Hop inside the Hyundai Kona N and you’ll notice a whole load of N goodies to match the exterior.

There’s a load of blue accents dotted throughout, including on the steering wheel and gear selector. You’ll get a set of part-bucket seats with the N logo stitched in, along with further blue accents.

As standard, the Hyundai Kona N is fitted with a 10-inch touchscreen infotainment system and a digital driver’s display as standard. Each has N-specific touches too, including lap timing and track-map features.