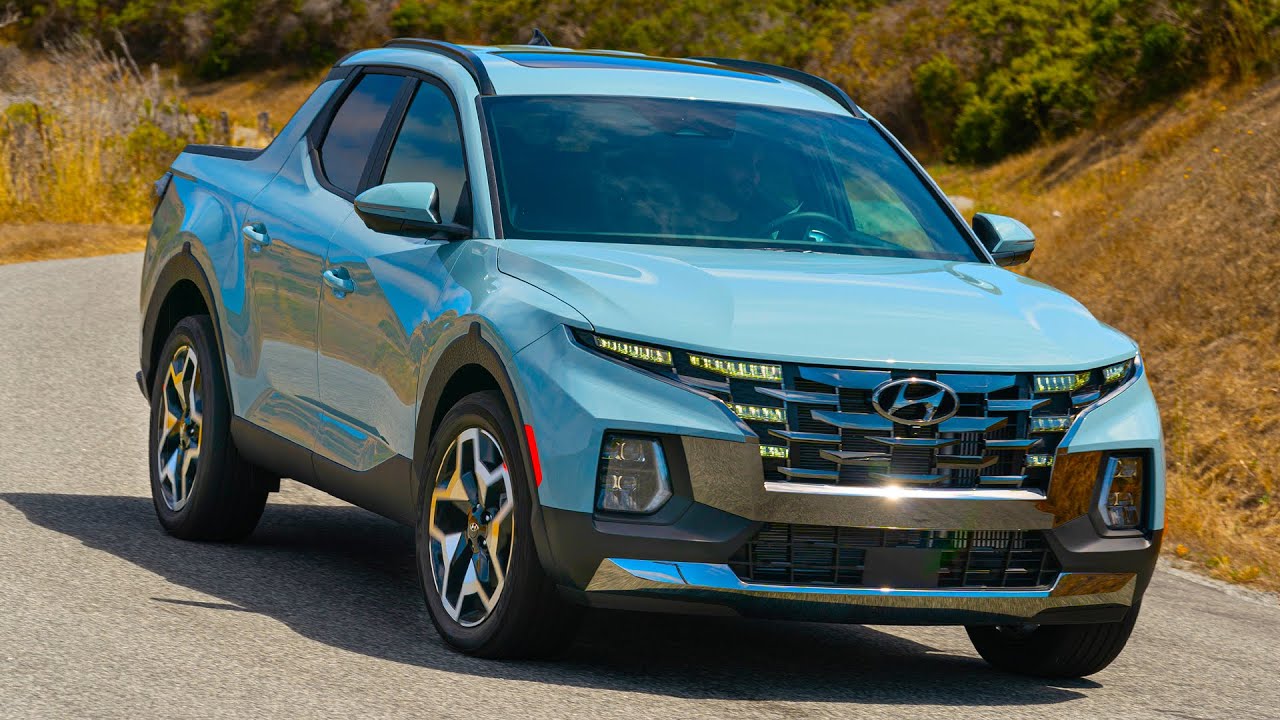 2022 Hyundai Santa Cruz – Features, Design, Interior and Colors. It’s an exciting time for truck buyers interested in affordable options with modest capabilities. The midsize Honda Ridgeline looks better than ever, and smaller—and cheaper—options are on the horizon. The Ford Maverick is poised to become the least expensive gasoline-electric hybrid vehicle, let alone truck, on the market. And now we have pricing information for the 2022 Hyundai Santa Cruz pricing, so we can finally compare it to its forthcoming compact arch-rival from the Blue Oval.

The starting price is revealing: a 2022 Santa Cruz SE, with front-wheel-drive and the base 2.5-liter I-4, will retail for $25,175. This puts it thousands above the lowest-priced Ford Maverick, which retails for $21,490 in its base FWD hybrid form. It also vaults the Santa Cruz into the realm of ultra-stripped midsize trucks. A base 2021 Toyota Tacoma Access Cab (better known as an extended cab) with the rear-seat-delete option will ring in at just $25,780—$605 more than the Santa Cruz (which, it should be said, has rear seats; with the rear seats in place, the Tacoma starts at $27,495). No doubt, the Santa Cruz is closer in price to the Tacoma than it is to the Maverick.

To step into an all-wheel-drive base SE, you’ll be looking at dropping $26,675. And to get a turbocharged Santa Cruz, you’ll need to select the SEL Premium trim, which starts at $36,865. Take a look at the complete price breakdown for the 2022 Hyundai Santa Cruz below.

If we’re talking numbers, the Santa Cruz’s fuel economy figures must be addressed. Remember, we don’t have official EPA estimates for the Ford Maverick yet, though Ford estimates the truck will achieve 40/33/37 mpg city/highway/combined in hybrid guise. Meanwhile, the Santa Cruz rings in with EPA estimates as follows:

Those figures give the Santa Cruz a slight advantage over most, but not all, midsize pickups. But we won’t know the full value and fuel economy picture until the EPA’s estimates for the turbocharged Ford Maverick are revealed.

Of course, the Santa Cruz out-muscles the slightly larger but narrower Ford Maverick in other ways. Its tow rating easily exceeds its Ford competitor, offering 3,500 pounds towing as standard and 5,000 pounds with all-wheel drive. Meanwhile, the Maverick can tow 2,000 pounds out the gate and up to 4,000 pounds with the optional 4K Tow package. The Santa Cruz also offers a slightly higher overall payload rating. In terms of bed utility, it’s almost a draw: the Maverick offers two additional inches of length, but the Santa Cruz provides two standard bed storage cubbies and a lockable underfloor trunk.