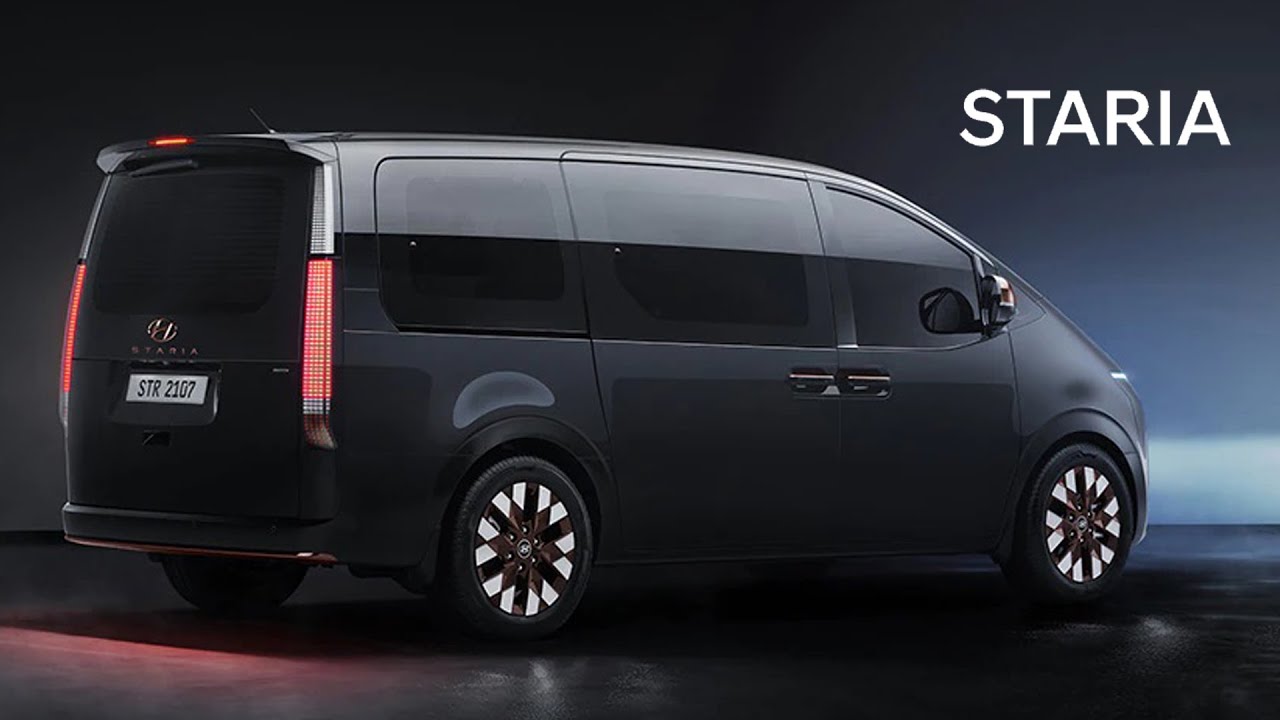 2022 Hyundai STARIA – Features and Details / Premium, Hi-Tech Family MPV. It’s called the Staria, Hyundai debuted it on Monday, and it’s arguably one of the coolest vans we’ve seen in a while — but there’s a catch: It’s not coming to the US.

So, if it’s destined to forever be forbidden fruit, why do we care? Well, we care because Hyundai claims that this will establish a model for its future “Purpose Built Vehicles” — aka, this could be a hint of the shape of things to come, even for us in North America.

But apart from what it could mean, what the Staria is is plenty cool all on its own. On the exterior, it looks a little like the Oldsmobile “Dustbuster” vans from the ’90s, only run through some kind of cyberpunk filter. It’s odd but charming.

Inside the Staria is where the magic happens. The minivan is configurable to have anywhere from two to 11 seats, depending on your needs. There is even a premium version that offers gorgeous, almost private-planelike reclining leather captain’s chairs. Hyundai’s press release claims that the interior was inspired by cruise ships, though thankfully, they only took that vibe so far.

The interior is also packed with many little storage cubbies and even a glovebox that can move and give the front passenger more legroom. There are also plenty of cupholders and USB ports — because minivan. Overall storage capacity in its most cargo-oriented form is a not-inconsiderable 176.6 cubic feet. For comparison, the Toyota Sienna only offers a maximum of 101 cubic feet, while the Chrysler Pacifica — one of our favorite vans — has room for 140 cubic feet.

Like I said earlier, the Staria won’t be coming to the US, but it’s slated to hit the streets of select markets (we know that South Korea and Australia are getting it, for sure) in the second half of 2021.