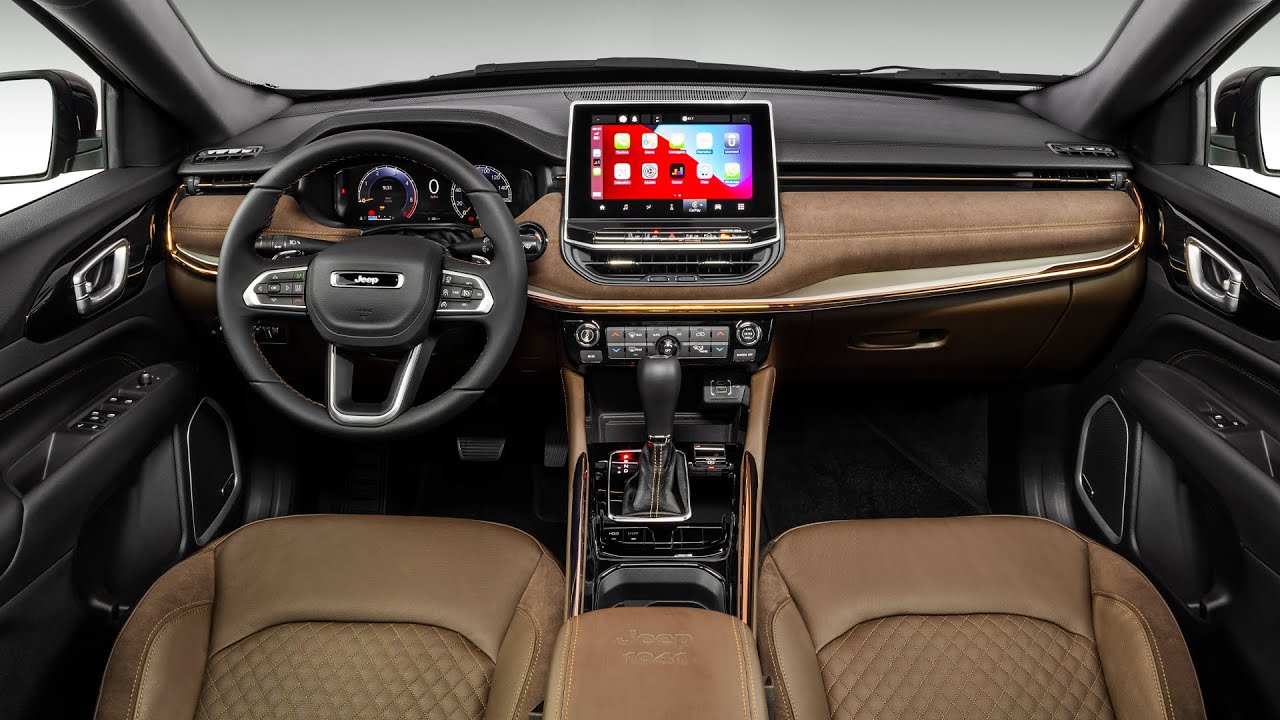 2022 Jeep Commander Interior / Perfect 7-Seater SUV. The Jeep Commander means different things to different people. For Americans, it’s the midsize SUV (codenamed XK) offered until 2010 while Europeans and other folks know the same version by the XH internal name and its V6 diesel engine. In China, it’s a moniker used by a pair of SUVs (Commander / Grand Commander) launched in 2018 as a follow-up to the Yuntu concept.

Fast forward to August 2021, there’s a new Commander in town. Destined for Latin America, it’s more or less a seven-seat version of the recently updated 2022 Compass. Subjected to a lengthy teaser campaign, the Brazilian version has finally been unveiled by Jeep’s parent company Stellantis and we’re dealing with the range-topping Overland trim.

The exterior design shows it’s more than just a stretched Compass as Jeep has made efforts to give the larger Commander its own identity. Flanking the familiar seven-slot grille are redesigned headlights with a flatter design. These are complemented by an LED light bar serving as the daytime running lights in the new bumper where it sits just above the fog lights. Metallic accents here and there spruce up the SUV’s front fascia.

The side profile reveals a significantly larger greenhouse with a bigger quarter glass reflecting the Commander’s increased footprint. The metallic strip running across the side of the vehicle before dropping at the rear pillar makes it look quite similar to what two-row 2022 Grand Cherokee will have, as evidenced in our recent spy shots.

Moving at the back, the changes compared to a Compass are significant as the Commander gets slimmer taillights mounted up high. The tailgate seems to be significantly larger and hides the door handle as opposed to sticking out below the license plate as it does on the smaller SUV. The “TD” and “4×4” badges denote we’re dealing with a vehicle powered by a turbodiesel engine sending output to both axles.

The interior should seem familiar if you’re already acquainted with the 2022 Compass, while technical specifications have yet to be disclosed by Jeep. Our colleagues from Motor1.com Brazil are saying the 2.0-liter will deliver somewhere in the region of 200 horsepower through a nine-speed automatic transmission. In addition, a newly developed 1.3-liter turbocharged gasoline engine compatible with flex-fuel should push out 185 hp and 270 Nm (200 lb-ft) of torque via a six-speed auto and optional 4×4.

Production will take place in Pernambuco and Jeep says it will export the Commander to other Latin American markets following its August 26 launch in Brazil.