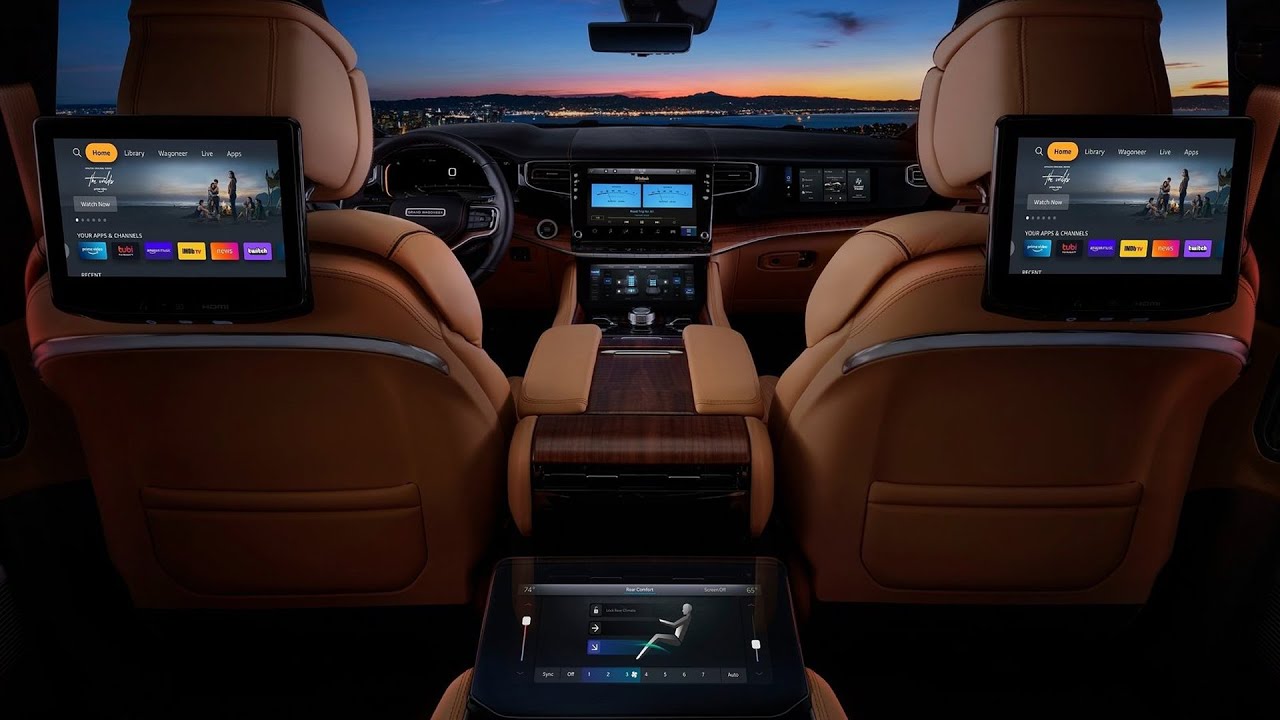 2022 Jeep Grand Wagoneer and Jeep Wagoneer – Interior, Exterior and Drive. Close to 60 years since the original was launched and 30 years since the last one was sold, the 2022 Jeep Wagoneer and Grand Wagoneer are finally back. As expected, the production SUVs look nearly identical inside and out to the concept. Most of the changes made for the production version are minor, save for what’s under the hood, and it should make it quite competitive with other full-size SUVs.

The Wagoneer line will go on sale in the second-half of 2021, with the base Series I trim level launching later in that time frame. The base price of the Wagoneer is $59,995, which includes the sky-high $2,000 destination charge. Four-wheel drive adds an extra $3,000. That makes it nearly $10,000 more than a basic Chevy Tahoe and about $5,500 more than an Expedition.

Similarly, the Grand Wagoneer starts about $11,500 north of the Escalade and Navigator at $88,995. All Grand Wagoneer trims come with four-wheel drive standard. Trims are pretty simple with Series I through III, though the Grand Wagoneer has a special Obsidian trim with blacked-out exterior trim. Full pricing is listed below.