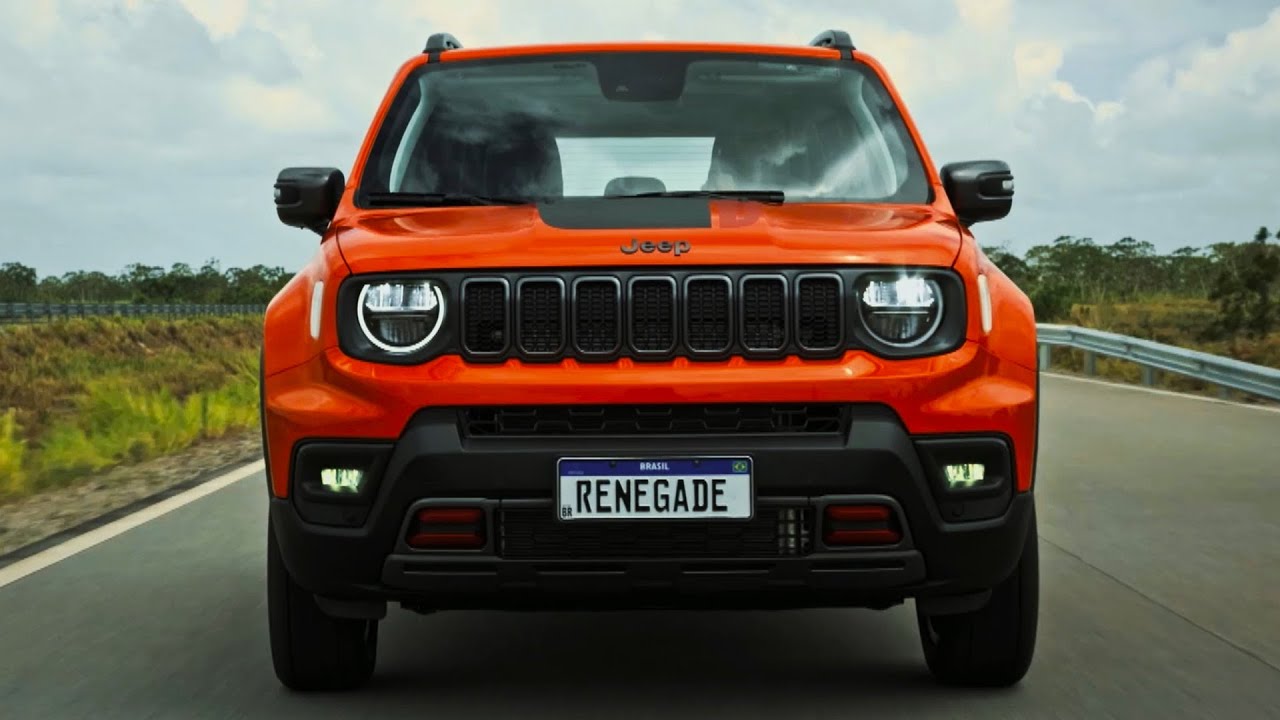 2022 Jeep Renegade Facelift – Exterior, Interior and Driving. The facelifted 2022 Renegade has been all but unveiled by Jeep Brazil in its latest release where we get to see the exterior as well as the interior of the crossover for the first time ahead of a full reveal in the coming weeks.

Although some details remain hidden by the brand, the latest material finally shows the interior of the vehicle where the updates are subtle. The automaker does reveal, though, that an 8.4-inch infotainment screen, a new modern steering wheel, and a fully digital instrument cluster will greet owners.

The exterior has also come into full view thanks to a set of photos and a video showing off the crossover’s capabilities. At a glance, the updates don’t jump out, but a new front end with a notably shorter fascia, a reworked grille, and new DRLs mark this one out from its predecessor. Slightly modified taillights and a new rear bumper also differentiate the updated model from its predecessor.

The model shown in this teaser video is a Trailhawk. The flagship trim is being put to good use in rugged driving scenarios and the high-quality seats with the “Trailhawk” badging can be seen, as can Jeep’s Trail Rated badge.

Based on the same Small Wide platform as the Fiat 500X, the Renegade was the leader among compact SUVs in Brazil in 2021 and the brand has sold more than 350,000 units since 2015.

What about markets outside of Brazil?

Even though Stellantis has been coy about the global market Renegade, in all likelihood, we’ll see the same cosmetic changes applied to the small Jeep in other regions including North America and Europe.