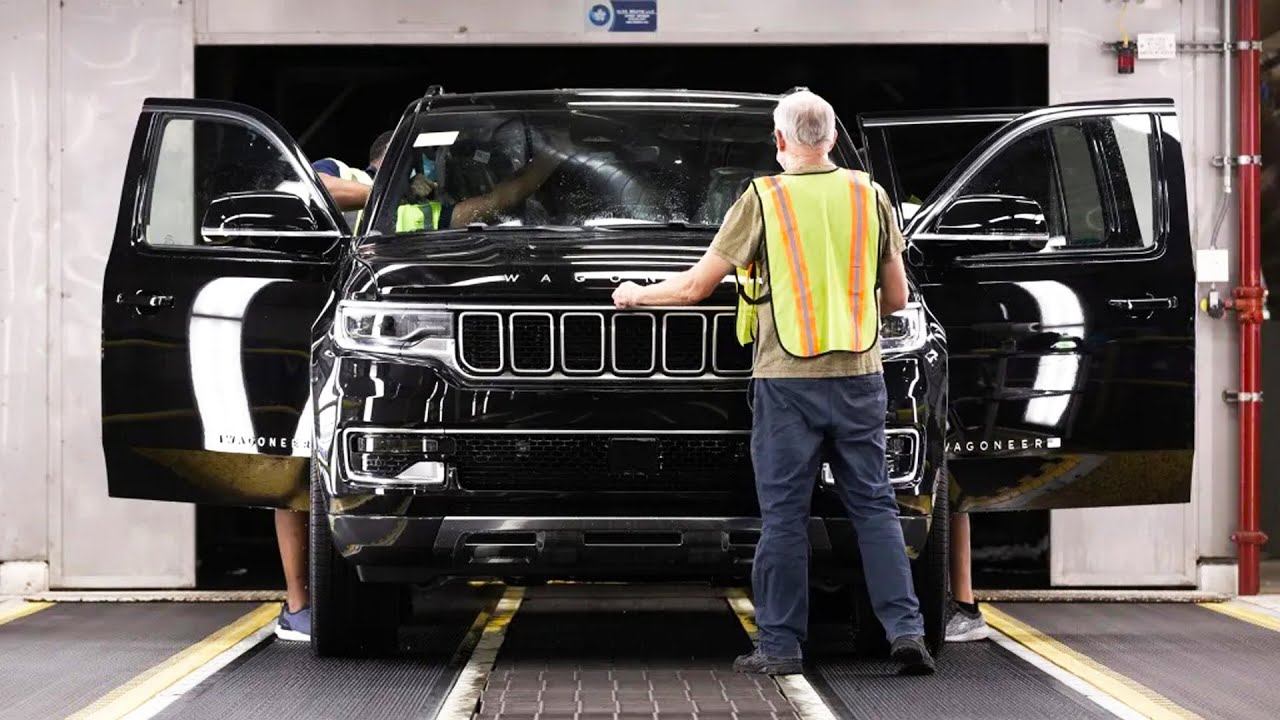 2022 Jeep Wagoneer and Grand Wagoneer – Production Line at Warren Truck Plant. In February 2019, then Fiat Chrysler Automobiles (FCA) announced a massive $4.5 billion investment plan for five of the company’s Michigan manufacturing facilities. Among those plants, was the Warren Truck Assembly Plant in Warren, Michigan which has been producing trucks since 1938.

The Warren Truck facility received a $1.5 billion investment to retool and modernize the facility to produce the all-new Jeep® Grand Wagoneer and Wagoneer (WS) alongside the ongoing production of the fourth-generation Ram 1500 Classic (DS), which has been in production since 2008.

The $1.5 billion investment included a new 400,000 square foot paint shop, an updated general assembly area with over 754 robots and 3.7 miles of conveyors, a new 19,000 square foot quality assurance center, and a fully enclosed Buzz, Squeaks, and Rattles (BSR) validation course. The updates take Warren Truck from the oldest and out-of-date plants in the FCA portfolio and made it into one of the most modern automotive facilities in the Detroit area.

During its 83-year history, the Warren Truck facility has had 14.5 million trucks come off of its assembly line. The new 2022 Jeep Grand Wagoneer and Wagoneer models mark the first time that non-Dodge SUVs have been produced at the Warren Truck plant. The Wagoneer duo joins an impressive list of vehicles that have been created at the plant, which includes the Dodge Ramcharger, Dodge Dakota, Dodge (Ram) 1500, and Mitsubishi Raider.

For the first time, we are getting a good look at the production process of the new Grand Wagoneer and Wagoneer models at the Warren Truck facility. We have been told by our sources, that the Warren Truck plant could build up to 137,000 units for the global market. Of course, that is based on an unlimited supply of semiconductor chips.