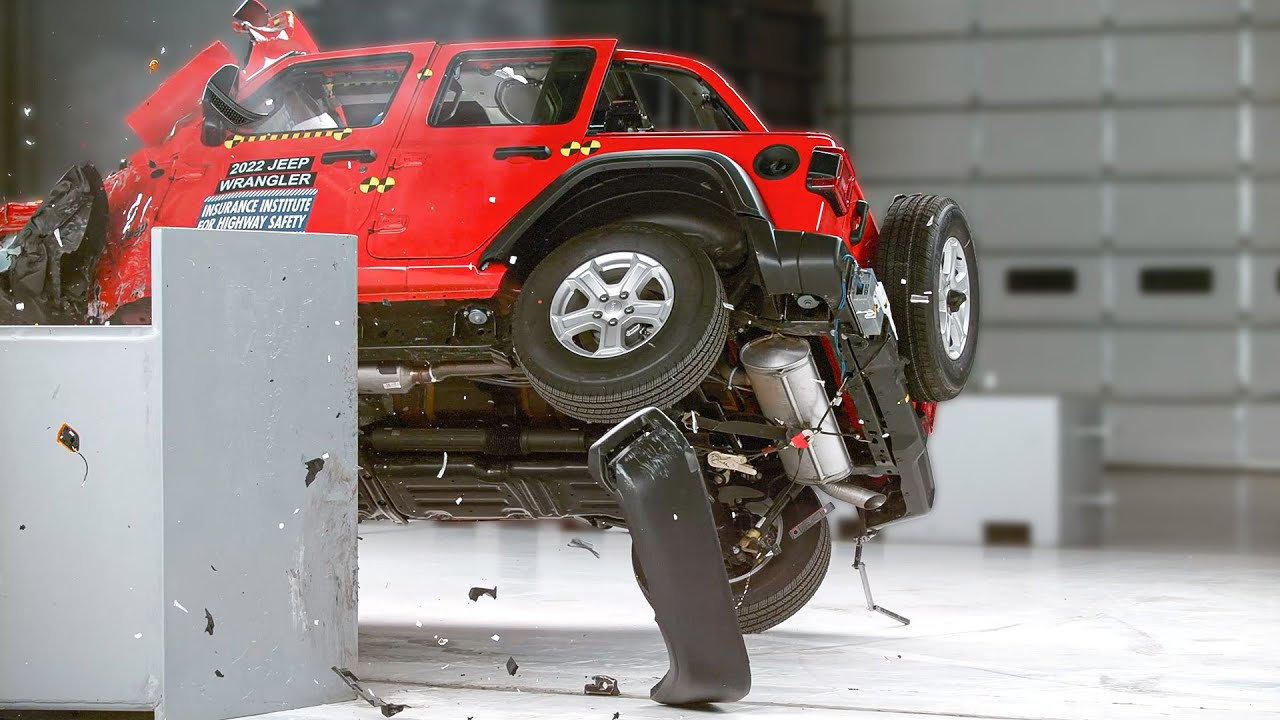 2022 Jeep Wrangler CRASH TEST FAIL (ONCE AGAIN) Roll Over During Small Overlap Crash Test. The 2022 Jeep Wrangler 4-door tipped over in the driver-side small overlap crash test in a repeat of a problem shown by an earlier model. Structural modifications made by the manufacturer did not eliminate the issue.

Like the 2019 model tested earlier, the 2022 Wrangler tipped onto its passenger side after striking the barrier used in the crash test, resulting in a marginal rating for driver-side small overlap protection. A good rating in the test is required for a TOP SAFETY PICK award.

The Wrangler performed well by the normal metrics used to evaluate performance in the test. The safety cage surrounding the driver held its structure well. The restraints also effectively controlled the movement of the dummy, though the test indicated a significant risk of injury to the driver’s left leg and foot and the combination head and torso side airbag did not deploy. However, tipping onto its side presents an additional injury risk beyond what the standard criteria are intended to measure, in part because the IIHS test does not include a dummy seated on the passenger side.

Even partial rollovers are dangerous, as they increase the chances that an occupant may be completely or partially ejected from the vehicle. That’s especially relevant for the Wrangler, which has a roof and doors that can be removed and lacks side curtain airbags.

Stellantis had been working to address this issue since the test of the 2019 model brought it to light. Redesigned in 2018, the Wrangler was eligible for a driver-side small overlap rating based on manufacturer testing because the model’s previous generation earned a good rating in the test. In such cases, IIHS will assign a rating based on video of the manufacturer test and other documentation.