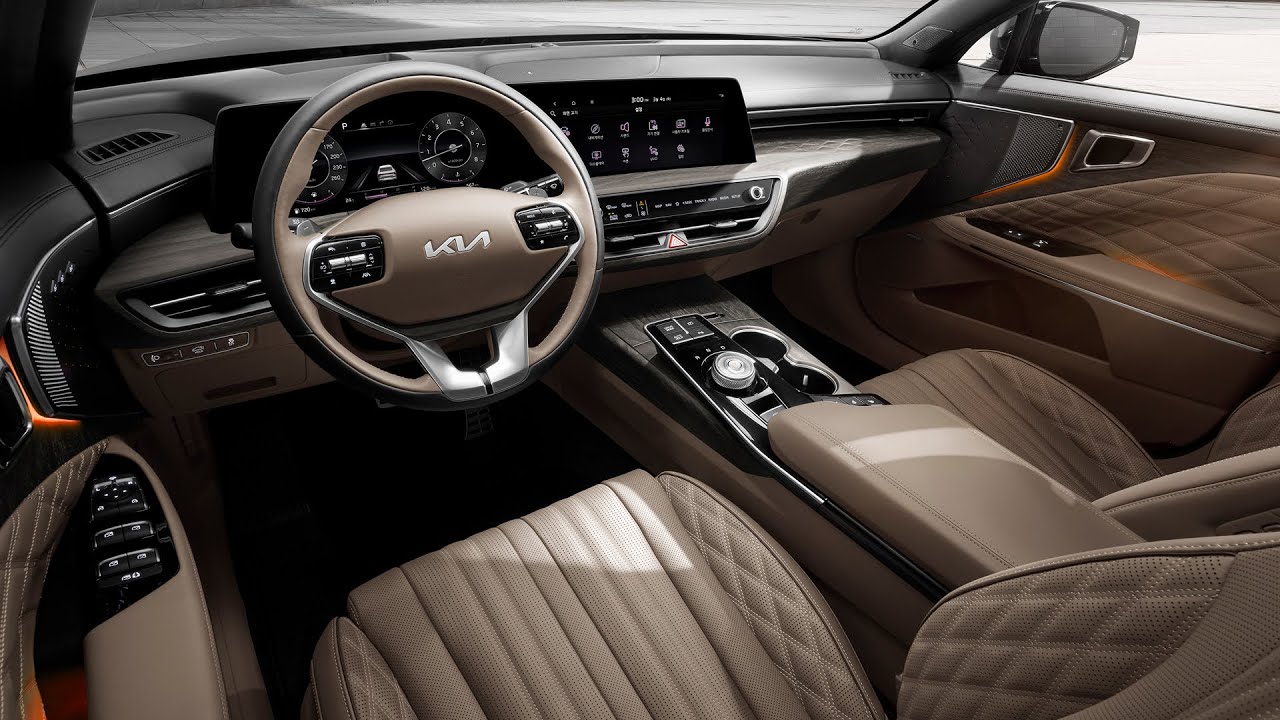 2022 Kia K8 – Interior and Exterior (First Look). Just a couple of days after images of the new K8’s interior design leaked, Kia has just stepped forward releasing two high quality images of the car’s cockpit and detailing some of its novelties.

The center piece is the massive curved display, mounted on top of the two-layer dashboard, which incorporates the infotainment system and digital instrument cluster, each one measuring 12 inches in diagonal.

The HVAC control is touchpad-operated, further reducing the number of physical buttons inside, and to the left, we can see a three-spoke steering wheel with Kia’s new logo in the middle. The center console hosts the shift-by-wire transmission dial, next to the drive-mode selector, two cup holders and a small cubby for extra storage. The buttons for the heated seats and steering wheel were placed in front of the center armrest.

A 14-speaker premium sound system by Meridian is included in the new K8, in a premiere for Kia. The car also features ambient lighting, wood surfaces inspired by modern yachts, high-quality metal trim and Nappa leather upholstery with a diamond pattern on the seats and door cards.

“The K8 is a modern sedan with a dynamic exterior that is matched by its progressive and elegant interior”, said the brand’s chief of global design and senior vice president, Karim Habib. “This car – our first since our new company rebranding – puts us on the path forward as we look to realize our future goals.”

Replacing the K7 / Cadenza, the K8 won’t launch in the United States, as sedans are not that popular anymore, so Kia will focus on crossovers and SUVs instead, because that’s where the money is these days.

Full details on the K8 will be announced later this year, but in the meantime, you can take check out its new design here.