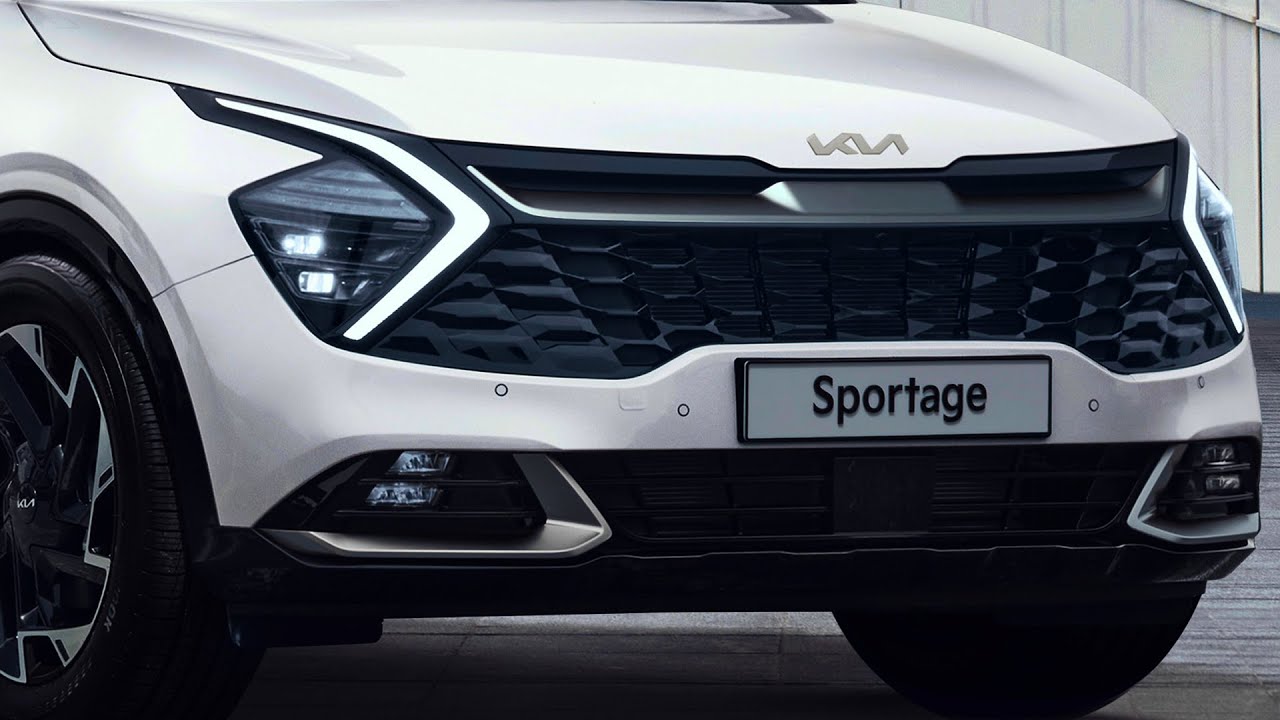 2022 Kia Sportage debut – Exterior and Interior looks fantastic. Following its debut with the EV6 electric crossover, Kia is expanding on its new “Opposites United” design language with the 2023 Sportage, which was revealed Monday.

The new Sportage looks awesome. The front end is dominated by a huge evolution of Kia’s tiger nose grille, which is topped by a chrome trim strip that houses a pair of nostrils. Flanking the grille are diamond-shaped headlights with boomerang-like LED strips that extend onto the hood. The upswept greenhouse has a nice chrome trim strip along the bottom that creates a floating roof effect at the D-pillar, and it’s textured like on the new Carnival. The rear end gets chunky lower detailing and angular taillights are connected by a black bar.

The interior is super cool, too. It’s largely similar in style to Kia’s other new models like the Sorento and Carnival, but the Sportage gets a slick curved display that integrates the digital gauge cluster and infotainment touchscreen. Kia doesn’t say how large the screen is, but it’s an impressive thing to see in a mainstream, non-luxury car like the Sportage.

On the center console there’s a glossy panel that houses a rotary gear selector, a smaller knob for drive mode selection and a number of other buttons. The main climate controls are touch-sensitive, but the Sportage has physical knobs for temperature. Kia makes a big deal about how the Sportage uses high-end materials that are nice to the touch, and we especially like the pictured white and blue interior that features dark metal trim.

Given that the Sportage shares its platform with the new Hyundai Tucson, its engine lineup should be similar, too. Expect the base engine to be a naturally aspirated four-cylinder, with front-wheel drive standard and all-wheel drive optional. The Sportage will likely be offered with a turbocharged engine as an upgrade, potentially for a sporty GT model, and there should be both regular hybrid and plug-in hybrid versions, as well.

Kia says the new Sportage will go on sale later this year. More US-specific details, including pricing and on-sale date, should be announced in the coming months.