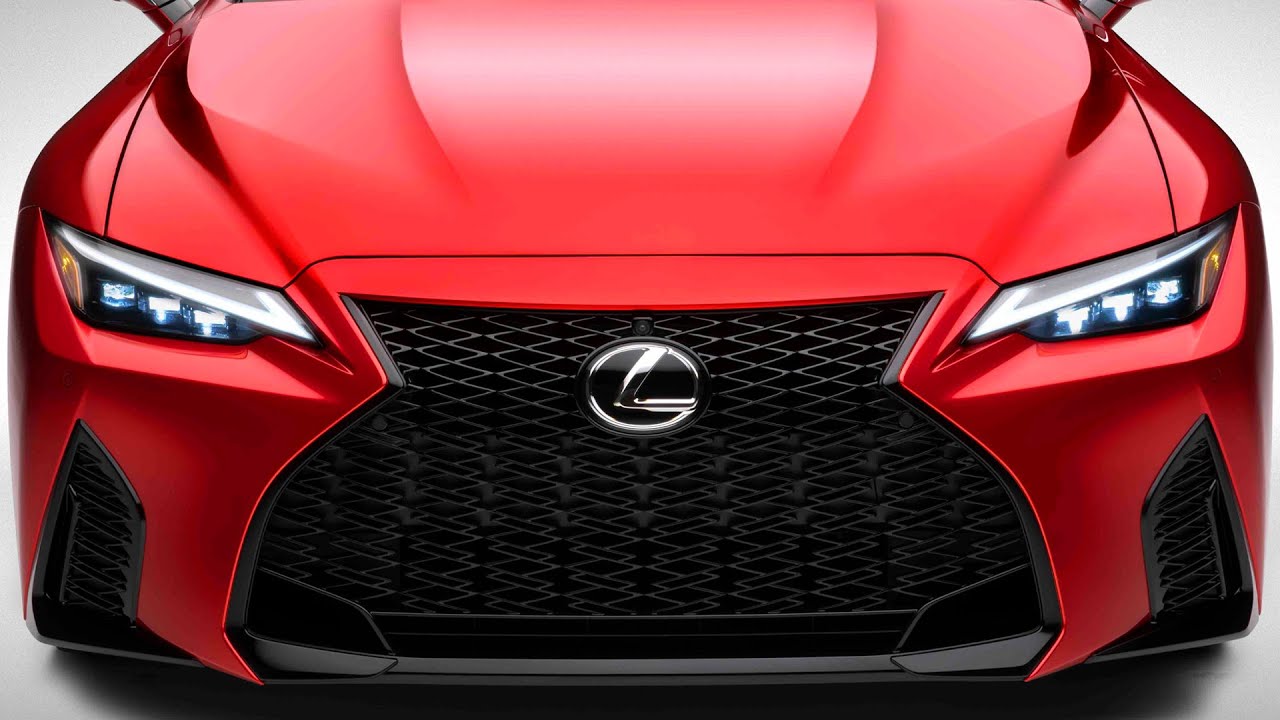 2022 Lexus IS 500 F Sport Performance – Awesome Sports Sedan with 472 HP. Lexus’s familiar 5.0-liter V-8 engine has returned to the IS sports sedan, this time in the form of the new 2022 IS500 F Sport Performance model. Although the company is not calling it a full F model this time around, the IS500 reminds us of the original IS F. That car, which first appeared in 2008, had this same naturally aspirated V-8, bulging hood, and overall stance.

This time around, the V-8 produces 472 horsepower and 395 pound-feet of torque, the same as in the RC F coupe. Rear-wheel drive and an eight-speed automatic transmission are standard. The IS500 has the same limited-slip differential and adaptive dampers that are optional on the V-6–powered IS350 F Sport. The IS500’s brakes are slightly larger, and the 19-inch wheels are exclusive to this model and claim to be lighter than the IS350 F Sport’s wheels. Overall curb weight is up by a claimed 143 pounds over the V-6 car.

Lexus says that the IS500 will get to 60 mph in 4.5 seconds, which we think is conservative even if it’s significantly quicker than the 5.6-second run we achieved in a 2021 IS350 F Sport. The V-8 sings its distinctive song through quad exhaust tips, and drivers should be prepared to rev it out given that peak power doesn’t arrive until 7100 rpm.

The IS500 looks meaner than the standard car thanks to its hood bulge that sits two inches higher, and the front bumper and fenders are reshaped as well. Out back there’s a lip spoiler and different diffuser. Other details include dark window trim and black F Sport badges. There are various F badges inside as well, along with different pedals and a special animation for the digital gauge cluster.

Given that Lexus refers to this model as an F Sport Performance rather than an IS F, we’re curious how it will be positioned in the sports-sedan segment. Its power output places it close to the BMW M3s and Mercedes-AMG C63s of the world, but it’s possible that Lexus will price it more like the lesser M340i and AMG C43 models given its badging. The RC F starts at $67,000, and we’d guess that the IS500 will be several thousand less than that. At the right sticker price, the Is500 could be an attractive proposition. It may be the last compact sports sedan with a V-8 engine, now that we know that the next-generation C63 will be a hybrid with a four-cylinder gasoline engine.

We’ll have to wait for more details on price, as Lexus says that it will release more info on the the IS500 closer to its on-sale date this fall.