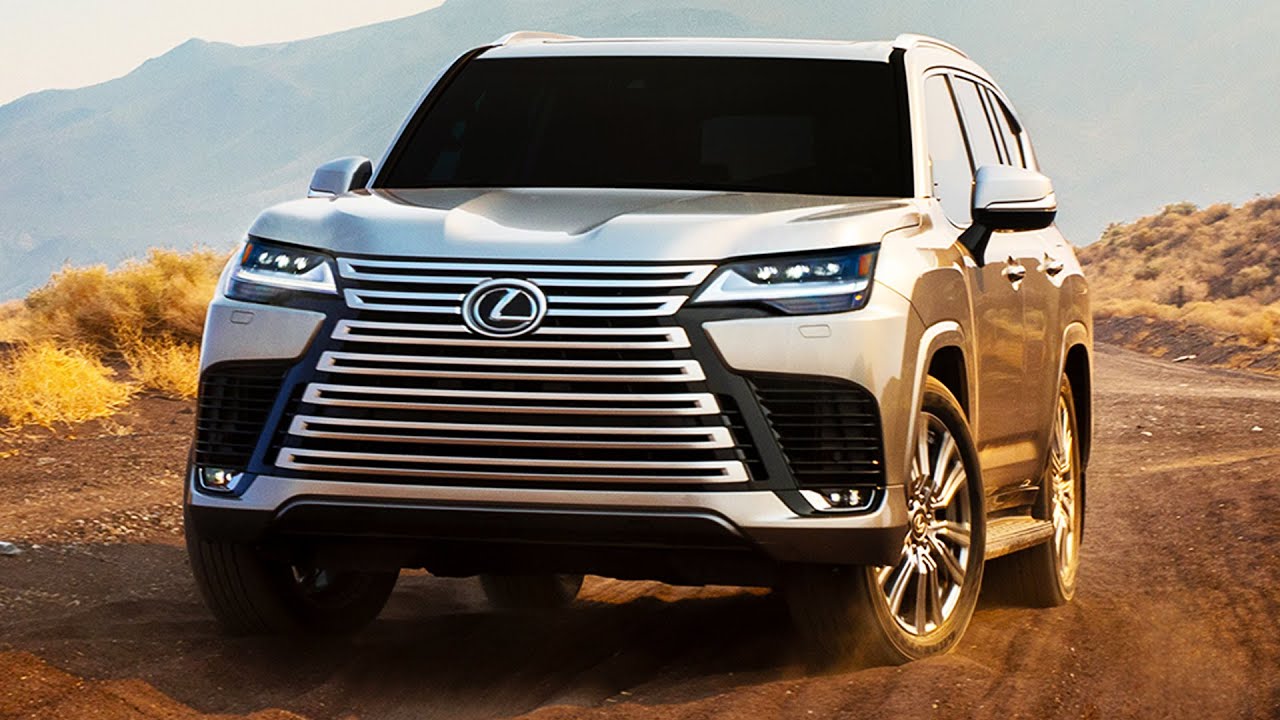 2022 Lexus LX 600 Ultra Luxury – Interior, Exterior and Drive / America’s Luxury Land Cruiser. The Land Cruiser nameplate may be gone from the U.S. market, but Lexus is keeping the flame alive with the new 2022 LX600. The latest LX continues to be a spiffed-up version of Toyota’s iconic SUV with different exterior styling and a ritzier interior but the same hardware underneath. Given how close in price the previous Land Cruiser and LX models were, we can’t really argue with the company’s decision to have the Lexus be the only version of the latest 300-series model that’s available in America.

The basics haven’t changed much, as the LX600 retains its body-on-frame construction, but it migrates onto the new platform shared with the Tundra and Land Cruiser and loses a claimed 441 pounds compared with the old model. Four-wheel drive with a low range is again standard, and the only powertrain for now is a twin-turbocharged 3.4-liter V-6 engine with 409 horsepower and 479 pound-feet of torque. Those numbers beat the old naturally aspirated 5.7-liter V-8 on both counts. A ten-speed automatic transmission is standard equipment.

The new LX has the same blocky shape as before, but we like the more modern detailing and the spindle grille is better-integrated into the front-end design while still remaining imposing. Lettering that spells “LEXUS” replaces the “L” badge in the rear. An F Sport model is available with a blacked-out grille and 22-inch wheels, and it also adds a Torsen limited-slip differential in the rear and different tuning for the dampers.

Lexus says that the approach and departure angles are the same as before, and an adjustable-height suspension offers three different levels. There’s a Multi-Terrain Select system with different drive modes, and various off-road camera views are available including a new angle that can show the ground under the rear of the vehicle.

Several different seating arrangements are available, starting with the base trim that has a two-row setup that seats five. The Premium, Luxury, and F Sport models have a three-row setup with seven seats, and the third row now folds flat in the floor unlike the old model which had seats that would fold up to the sides of the cargo area. And there’s a new Ultra Luxury version with an interesting four-seat setup with two opulent chairs in the rear that recline up to 48 degrees and offer a footrest.

A dual-screen infotainment setup uses the latest Lexus Interface software, with a 12.3-inch touchscreen up top and a smaller 7.0-inch touchscreen that controls the HVAC system and the Multi-Terrain Select modes. There’s also an 8.0-inch digital gauge cluster. Many driver-assistance features are standard equipment, including adaptive cruise control and lane-keep assist.

Lexus says that the LX600 will arrive in the U.S. in the first quarter of 2022, and we expect it to start around $90,000 with the Ultra Luxury version reaching into the six-figure range.