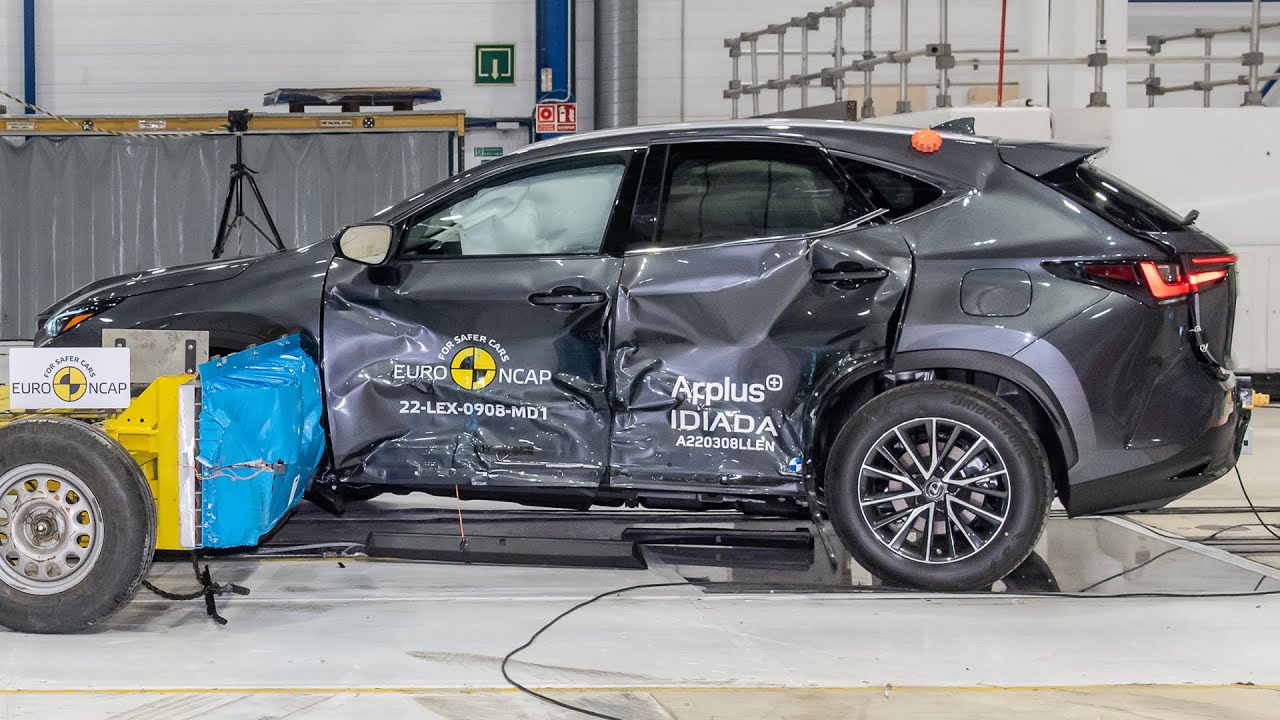 2022 Lexus NX – Crash Test / Perfect 5-star rating. The all-new Lexus NX scored a perfect 5-star safety rating at the Euro NCAP. Unlike its predecessor, the 2022 model rides on an all-new platform and comes with a wide range of safety systems that helped it score high marks for all tests. According to the Euro NCAP results, the new NX scored 83 percent in Adult Occupancy, 87 percent in Child Occupancy, 83 percent in Vulnerable Road User Protection, and 91 percent in Safety Assist Technologies.

In the Adult Occupancy test, the Euro NCAP notes that the NX’s passenger compartment remained stable and the dummies showed good protection to the knees and femurs. Tests simulating a rear-end collision also showed good protection against whiplash injuries. It’s a similar story with Child Occupancy as the crossover comes with several ISOFIX points all around.

The NX excelled the most in Safety Assist Technologies thanks to Lexus Safety Sense, which is now standard on all variants in the European market. Euro NCAP says Autonomous Emergency Braking (AEB) can detect both vulnerable road users as well as other vehicles. The system also performed well when tested on cyclists and pedestrians. Meanwhile, the lane support system gently corrects the vehicle’s path when drifting out of the lane and can intervene when needed.

Per the Euro NCAP, the 5-star safety rating applies to both left and right-hand drive models and all variants sold in Europe. So when your all-new NX arrives later this year, you can have peace of mind when driving around the country.