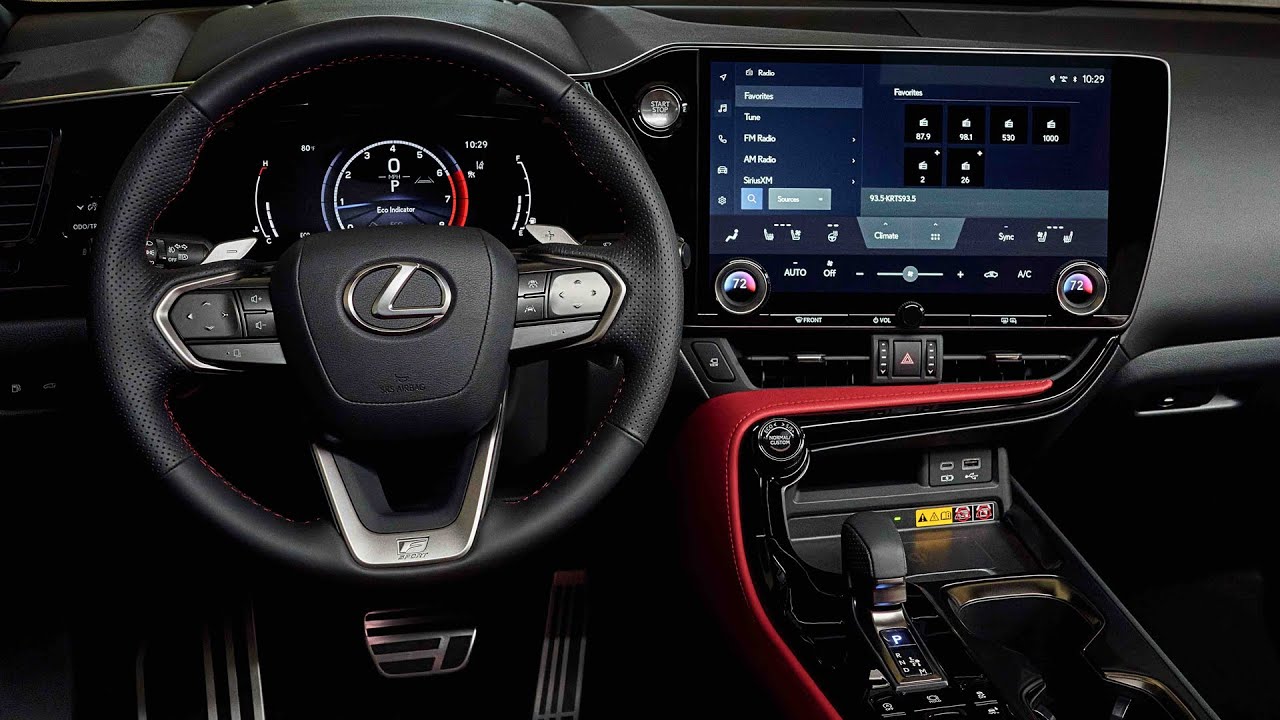 2022 Lexus NX – Next-Generation infotainment System. The redesigned 2022 Lexus NX ushers Toyota’s luxury brand into a new era defined by more than a plug-in hybrid powertrain. The luxury compact crossover showcases the most significant and overdue update to the brand: a new touchscreen interface.

The 2022 Lexus NX made its world debut with four new powertrains, a fresh look inside and out, and the latest technology crowned by an available 14.0-inch touchscreen developed in-house at Toyota Motors North America.

“Our previous multimedia systems were developed in Japan,” Steve Basra, group vice president of TMNA Connected Technologies, said in a press conference the week before the launch. “The customer experience in Japan is not necessarily the same customer experience that we should have in the U.S.”

The Lexus Interface multimedia system will “fit into the lives of Gen Y customers,” Basra said, and broaden the appeal of Lexus to a new generation of customers. The broad display addresses one of the biggest shortcomings of Lexus and Toyota vehicles, according to J.D. Power’s Initial Quality Surveys. It replaces a frustrating console touchpad.

Debuting on the 2022 Lexus NX, Lexus Interface comes standard with a 9.8-inch touchscreen or the larger landscape-oriented 14.0-inch screen canted toward the driver. A volume knob and HVAC buttons remain, but tuning is relegated to the screen, steering wheel controls, or natural voice commands. It comes with cloud-based mapping and over-the-air updates, and wireless Apple CarPlay and Android Auto are standard. The user can set profiles with personalized seat, climate, and media settings that will transfer from one Lexus vehicle to another.

While Lexus Interface will trickle down to subsequent Lexus and Toyota vehicles, its debut in the 2022 NX reflects the sweeping updates meant to revitalize the brand.