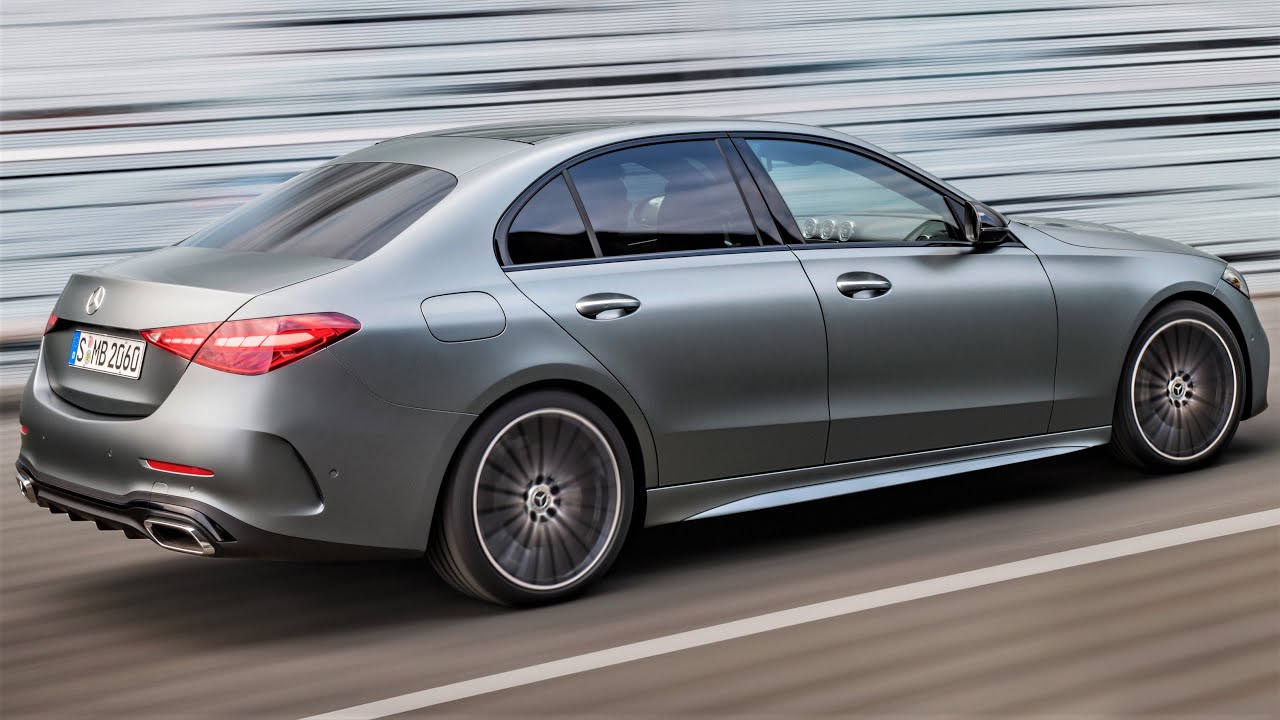 The four-cylinder M 254 petrol engine with a second-generation starter-generator with an additional output of up to 15 kW and 200 Nm more torque is also celebrating its première in the C-Class. Thanks to energy recovery and the ability to “glide” with the engine switched off, the petrol engine is highly efficient. In the M 254, Mercedes-Benz has for the first time combined all the innovations of the modular engine family of four and six-cylinder petrol and diesel units in a single engine. They include NANOSLIDE® cylinder coating, CONICSHAPE® cylinder honing (trumpet honing) and the exhaust aftertreatment system positioned directly at the engine.

A completely new feature is the segment charger with flow connection, an advancement of the twin-scroll technology for even more instantaneous response of the forced induction system. The completely newly developed segment turbocharger is a result of cooperation between Mercedes-Benz turbocharger developers and the Mercedes-AMG Petronas Formula 1 team. The technology transfer to series production sets new standards with respect to power combined with maximum efficiency.

The 9G-TRONIC transmission was developed further for adapting the ISG, and is installed in all C-Class models. The electric motor, power electronics and transmission cooler have now moved into or to the transmission. Previously required lines are eliminated, which offers advantages with regard to installation space and weight. In addition, the efficiency of the transmission has been increased. Amongst other things, the optimised interplay with the electric auxiliary oil pump reduces the delivery rate of the mechanical pump by 30 percent compared with the predecessor – good for efficiency. Furthermore, it uses a new generation of the fully integrated transmission control with multi-core processor and new design and connectivity technology. In addition to the increased computing power, the number of electric interfaces has been drastically reduced, and the weight of the transmission controls have been cut by 30 percent compared with the predecessor.

The 4MATIC drive system of the all-wheel drive models has been advanced. The new front-axle drive allows higher torque levels to be transferred with an ideal axle load distribution for driving dynamics. Moreover, this has a significant weight advantage compared to the corresponding component in the preceding series – a contribution to CO2 reduction. The technicians were also able to reduce the friction losses in the new transfer case. In addition, it also a closed oil circuit, and requires no additional cooling measures.

Fourth-generation plug-in hybrids will follow soon after the launch. Electrification is taking a great step forward while using the same base engines. With an electric output of 95 kW (129 hp) and an all-electric range of around 100 kilometres (WLTP), the plug-in hybrid C-Class will operate in all-electric mode in many cases – and on many days without using the combustion engine at all. This is the two-litre variant of the ultra-modern M 254 four-cylinder engine. The complete package is not only very efficient, but also decidedly sporty. Diesel plug-in hybrid Saloon and Estate models will follow.

The new high-voltage system is more compact and more powerful, while the number of high-voltage interfaces has been significantly reduced. The integration of the power electronics into the transmission housing reduces the installation space required, while also simplifying the assembly processes at the production plant. Increasing the system voltage also increases the output, without the need for larger cable cross-sections.

The high energy density of the hybrid traction head is achieved using a permanently excited synchronous motor with internal rotor. The 440 Nm peak torque of the electric motor is available right from the start, resulting in high agility when moving off, along with dynamic driving performance. The full electric power is available up to 140 km/h, at which point it is softly capped.