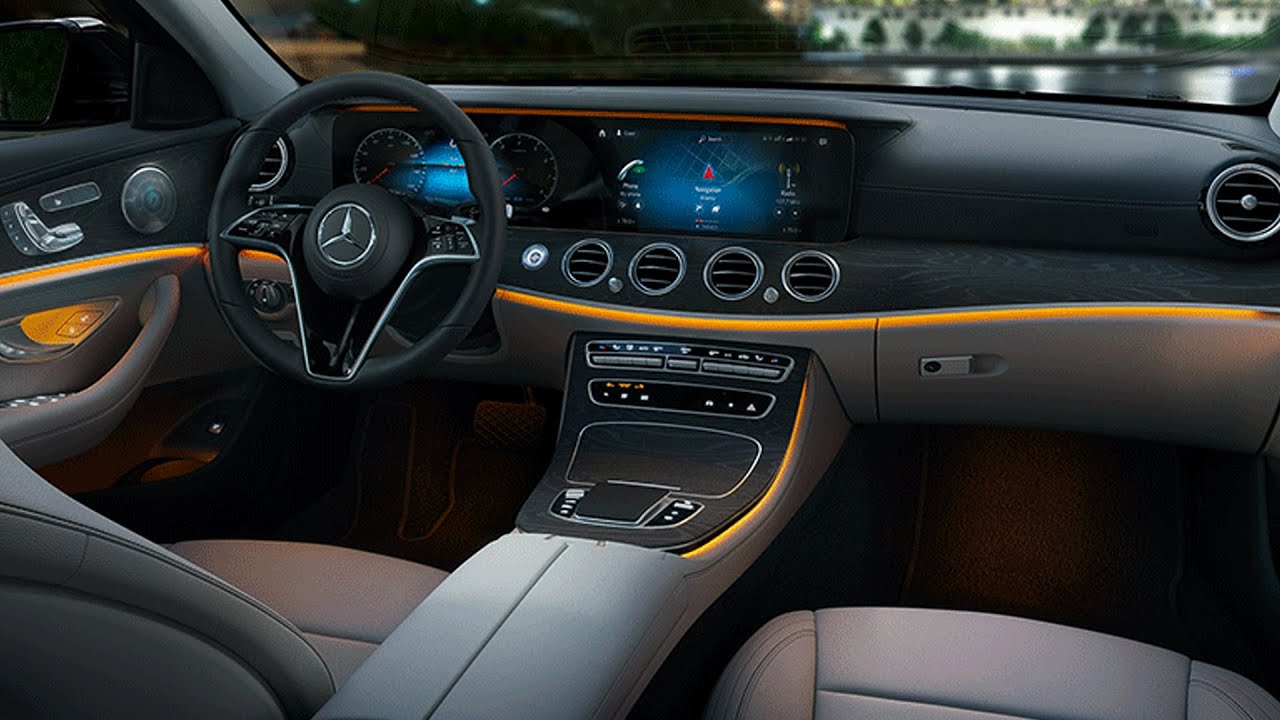 2022 Mercedes-Benz E-Class – high-class Mid-size Sedan. There are sportier alternatives to the 2022 Mercedes-Benz E-class, but few are as seamlessly high-class and high-tech. While the behind-the-wheel experience isn’t as exciting as that of its AMG-tuned twin­–the separately reviewed 429-hp E53–the regular E is subdued and serene. Its cabin is beautifully appointed, remarkably quiet, and fitted with flashy tech features such as the dual displays embedded in its dashboard. The E350 sedan is powered by a common-for-the-segment turbo four, but the E450 enjoys a sweet turbocharged straight-six. This strong, smooth mill is available in the sedan and standard on the coupe and cabriolet. Regardless of the powerplant, all body styles supplement their classy interiors with a cushy and composed ride. Add the 2022 E-class’s roster of advanced driver assists to its luxury appointments and quality assembly, and its esteemed position among mid-size luxury cars.

Every E-class features an obedient nine-speed automatic transmission that pairs with three distinct engines. The E350 has a turbocharged four-cylinder that makes 255 horsepower and 273 pound-feet of torque. It pairs with either rear- or all-wheel drive. The E450 is powered by a turbocharged inline-six-cylinder engine with a 48-volt hybrid system that doubles as an electric supercharger. The setup sends 362 horsepower and 369 pound-feet to all four wheels. Since the E-class is a comfort-biased car, its handling is competent but not sporty. It leans in corners, but it rarely feels overwhelmed when pushed hard. With the optional air suspension in its Comfort setting, the ride is creamy, and the E-class is perfect for gobbling up lots of road. It glides over pavement imperfections with only slight notification of such unpleasantries communicated to the cabin. With the drive-mode selector set to either Comfort or Eco, the steering is nicely weighted—not too light, not too heavy—and feels accurate. The E-class tracks straight on the freeway with a solid and predictable nature, and feedback from the road is muted. Unfortunately, the E450 we tested needed a long 187 feet to stop from 70 mph.

Interior, Comfort, and Cargo
The E-class’s cabin is beautifully detailed with brushed aluminum, lovely wood, and some of the most comfortable seats we’ve ever tested. Every model comes standard with customizable ambient interior lighting, heated front seats, a 12.3-inch digital gauge cluster, and memory settings for the driver’s and front passenger seat. Desirable options include a head-up display, massaging front seats, a panoramic sunroof, and ventilated front-seat cushions. Under its shapely rear end is a trunk that offers less space than some rivals, but the Benz has them beat when it comes to interior cubby storage. Lowering the rear seatbacks opens up much more space for hauling cargo, but they don’t fold completely flat so loading heavy items may feel like a chore. We still managed to fit 18 of our carry-on suitcases inside the sedan with the rear seats stowed. Both the coupe and convertible models offer a 10-cubic-foot trunk; with the top down, though, the cabriolet model’s available space shrinks considerably. We could only fit two carry-on suitcases inside the trunk with the convertible’s top stowed, but the coupe managed to hold five.

Infotainment and Connectivity
The E-class comes standard with a 12.3-inch touchscreen infotainment system, which can be controlled in myriad ways that include a touchpad on the center console as well as voice-activated commands. Despite the litany of controls, the interface isn’t as intuitive to operate as its predecesso