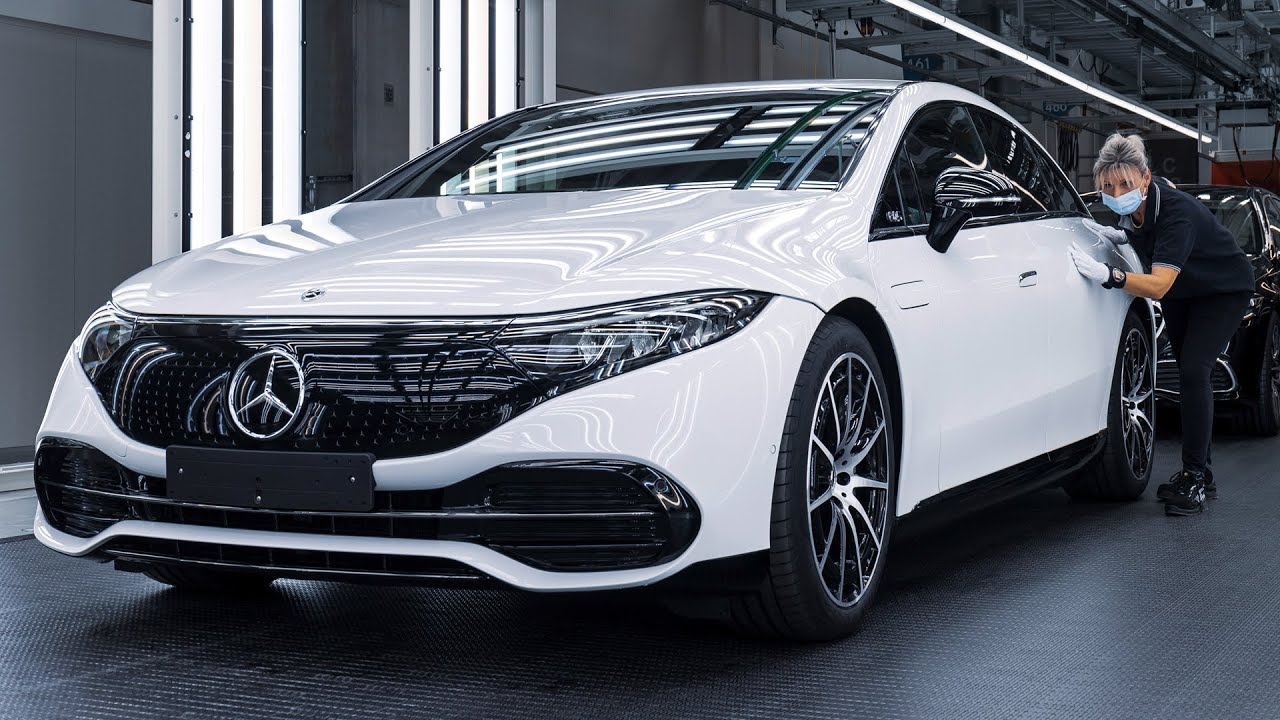 Based on the Vision EQS Concept from the 2019 International Motor Show in Frankfurt, the all-new EQS is the first-ever Mercedes EV developed from the ground up to be an electric vehicle. Revealed in April, the full-size luxury sedan has entered production at the Sindelfingen plant.

The Stuttgart-based automaker calls the assembly complex Factory 56, the blueprint for every other Mercedes-Benz plant in the world. The German luxury brand is pouring approximately 2.1 billion euros into Factory 56, capable of performing all of the assembly steps on a single level, regardless of body style and drive system—from ICE to electric propulsion.

Codenamed V297, the EQS is produced in Sindelfingen alongside the S-Class family that includes the Mercedes-Maybach lineup of ultra-luxury sedans. At the present moment, only two variants are offered. The EQS 450+ is the base model, and its more competent sibling is called EQS 580 4Matic.

What’s in a name, you might be asking? For starters, EQ stands for Electric Intelligence, according to the shambolic marketing department. S designates the body style and the electric sedan’s relation to the S-Class lineup, and 450+ means rear-wheel drive and 478 miles (770 kilometers) of range on a full charge according to the WLTP testing procedure. The single-motor drivetrain is officially rated at 333 PS (328 horsepower) and 568 Nm (419 pound-feet) of torque, making it more potent than the base S 350 d.

Over in the European Union, the first deliveries of the EQS are scheduled to happen in late summer. Pricing isn’t available for the time being, but look forward to a starting price of approximately €100,000 (approximately $121,000). The all-electric luxobarge is also coming to the U.S. by year’s end as a 2022 model.