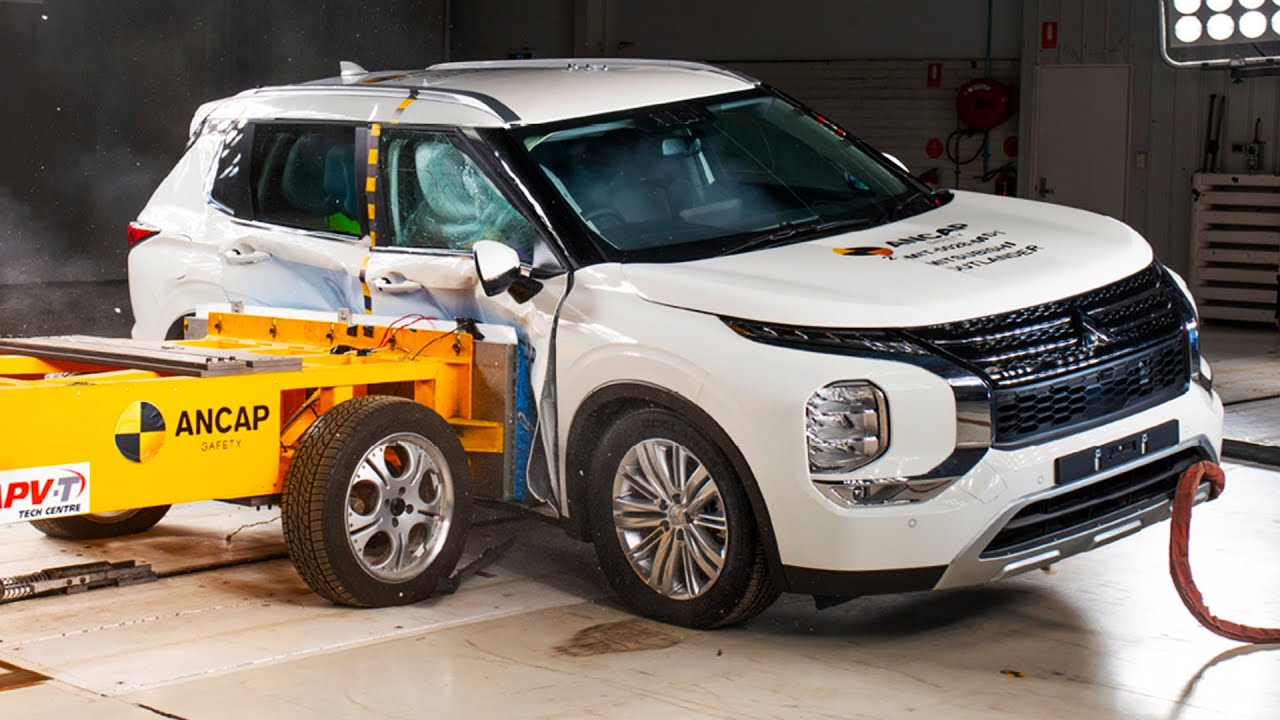 The latest iteration of Mitsubishi’s popular medium SUV is its safest vehicle to date, with results over 80 per cent recorded in every aspect of ANCAP’s criteria.

In good news for families, the Outlander’s child occupant protection was rated as the best of any vehicle tested so far under ANCAP’s 2020-2022 testing regime, with a 92 per cent result coming courtesy of full marks scored in both front and side dynamic tests, attributing to 45.43 points out of 49 available.

Adult occupant protection was also rated highly, as a perfect score in side impact and oblique pole testing helped to achieve its 31.61 points out of 38 for an 83 per cent overall score.

The same percentage was also given to the Outlander in the tests of its safety assist systems, as each tested technology scored over half the points available, although its lane support systems were rated as faultless, contributing four points to the final ranking of 13.35 out of 16.

Finally, in the vulnerable road user protection tests the Outlander still posted a respectable result of 81 per cent, coming courtesy of 44.20 points from 54 being given to the SUV.

A perfect score of six out of six was handed down thanks to its upper and lower leg impacts on pedestrians, however the lack of an autonomous emergency braking (AEB) system while in reverse sacrificed two points.

“The new Outlander offers an excellent safety package and is a comprehensive offering,” said Hoorweg.

“Mitsubishi has clearly prioritised the safety of both vehicle occupants and other road users in the new Outlander, and should be applauded for this five star result.”

“ANCAP exists to encourage manufacturers to improve their products with every new model generation released. By providing consumers with the highest level of safety available at the time, manufacturers provide immediate safety benefits as well as sustained road safety for future owners and other road users”