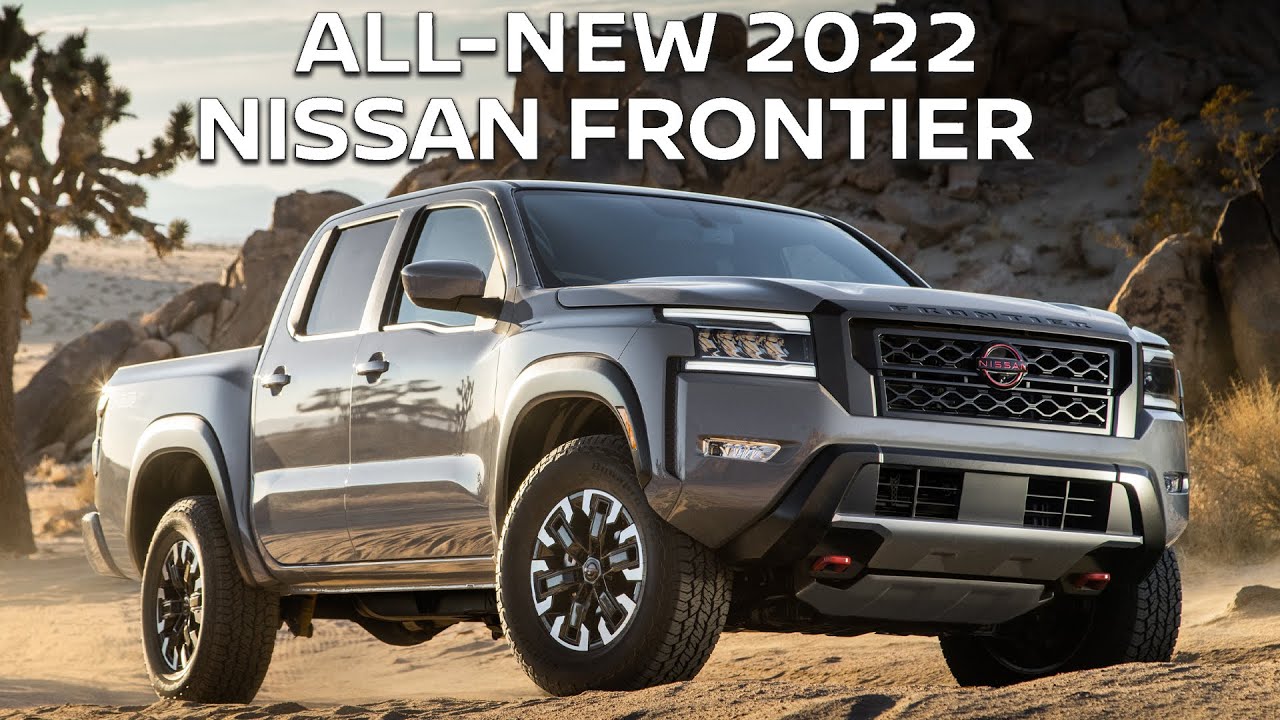 That’s no bad thing, though, as Nissan’s continued to tweak the Frontier’s frame and powertrain lineup over the years. Notably, the Frontier welcomed a very new 310-hp 3.8-liter V-6 and nine-speed automatic transmission under its hood for 2020. The combo replaced the truck’s previously available 261-hp 4.0-liter V-6 and five-speed automatic gearbox, as well as the base 152-hp 2.5-liter four-cylinder engine.

As expected, the outgoing Frontier’s six-cylinder engine and nine-speed transmission carry over to the 2022 model. A four-cylinder engine remains a no-show. As such, we doubt the new Frontier’s base price will come in under that of the 2021 truck’s $28,185 starting sum. Those willing to sacrifice some punch for extra cash in their pockets will have to look at other mid-size truck options such as the four-cylinder Chevrolet Colorado or Toyota Tacoma, which start at $26,395 and $25,680, respectively.

With its square fenders, upright mug, and blocky styling, the 2022 Frontier looks the business, and its 310-hp engine ought to deliver it. Nissan’s updates are more than just surface level, and the latest Frontier benefits from thoroughly redesigned insides, which are more stylish, and tech-laden. Gone is the old truck’s outdated interior. In its place is a markedly improved cabin with squared-off design details and standard items such as a 7.0-inch gauge cluster display and an 8.0-inch touchscreen infotainment system that’s both Android Auto and Apple CarPlay compatible.

Like its predecessor, the 2022 Nissan Frontier is available in extended-cab King Cab and Crew Cab body styles. The smaller King Cab packs a six-foot bed and comes in entry-level and mid-grade S and SV trims. The larger Crew Cab, meanwhile, comes strictly with a five-foot bed in base S guise, however, the King Cab’s six-foot piece is an available option on the SV trim. Opting for the Crew Cab Long Bed stretches the truck’s wheelbase to 139.8 inches—a 13.8-inch growth spurt over all other King and Crew Cab models.

The real head turners of the 2022 Frontier model line, though, are the top-line Pro-X and Pro-4X models. The former is a new addition and brings the more butch styling of the off-road-oriented four-wheel-drive Pro-4X model to a two-wheel-drive setup. Nissan limits both trims to the Crew Cab body style and the standard bed. Sorry, King Cab and Crew Cab Long Bed customers. Nissan’s giving you an ultimatum: look rad or have a bigger bed.

While both Pro-X and Pro-4X trims add Bilstein shocks, a Dana-sourced rear axle, LED headlights and fog lights, fender flares, and special 17-inch wheels wrapped in all-terrain tires, only the more capable Pro-4X sports a total of three steel skid plates (the Pro-X has just one), an electronically locking rear differential, and an available surround-view camera with a dedicated off-road mode. The latter bit leaves the truck’s surround-view camera displayed on the infotainment screen to help the driver spot any obstacles or obstructions around the vehicle when the four-wheel-drive system is in its low gear.

Despite carrying over much of its forebear’s mechanical pieces, the 2022 Nissan Frontier seemingly fixes our biggest complaints about the outgoing truck: Its tired styling, middling infotainment system, and limited advanced safety features. That said, we might suggest adding a six-speed manual to the menu (a stick shift Frontier Pro-4X sounds like an absolute riot). Look for the 2022 Nissan Frontier to go on sale this summer.