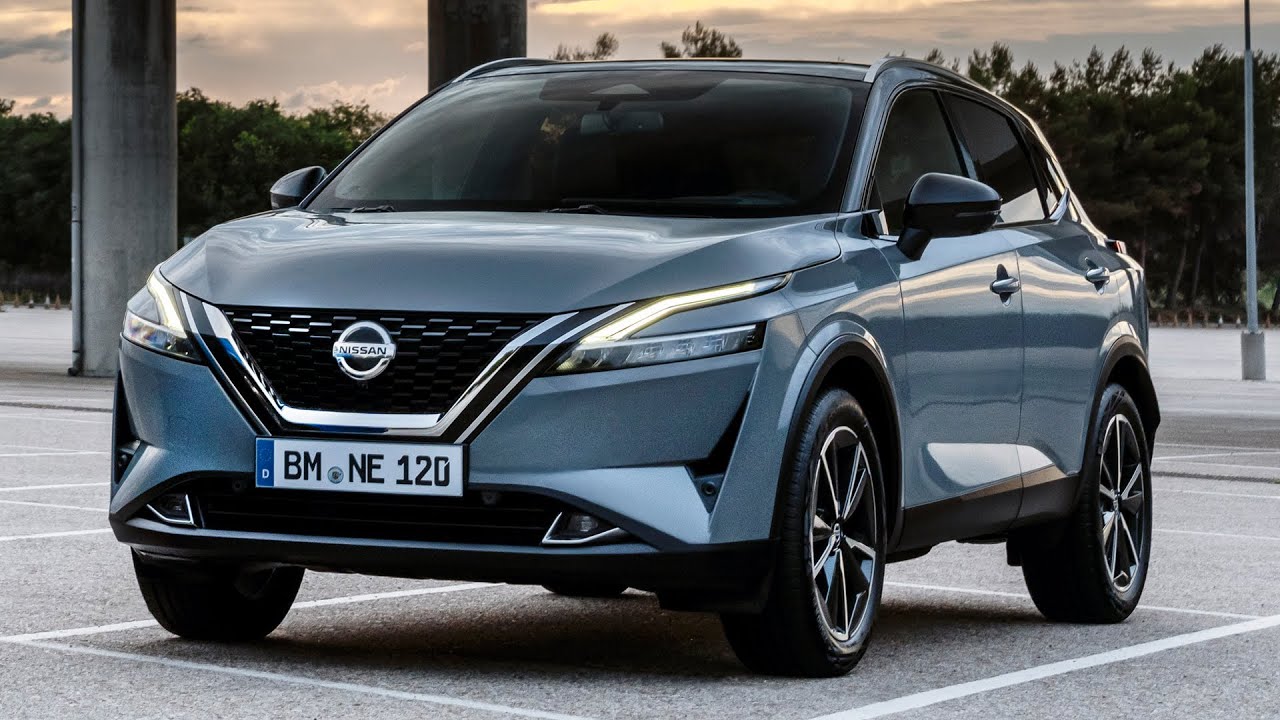 2022 Nissan Qashqai – Interior, Exterior and Drive / Fantastic SUV. The new generation of the popular small crossover is here. It brings a lot of novelties and improvements in every aspect, even though we are talking about a redesign that didn’t bring any radical change. Simply, this model is way too important for the Japanese manufacturer in Europe. So, experiments weren’t allowed. Instead, we saw the evolution of a model that defines the class of a compact SUV. Considering that the 2022 Nissan Qashqai is going to represent the second production year of the generation, it is hard to believe that bigger changes could happen.

Redesign
Considering the recent redesign, there is no doubt that the 2022 Nissan Qashqai will continue in the same way. It will come with all the goodies that were introduced with the 2021 model. These changes were rather evolutionary and the new Qashqai hasn’t brought any radical change. Moreover, it rides on the same CMF platform, which has been updated significantly for this occasion. The biggest changes are those in terms of the chassis, as the new model features a completely new suspension setup and the improvement in terms of ride quality is quite easy to be noticed.

The new model has grown slightly. The wheelbase is now a full 105 inches, while there are also 1.2 inches more in the total length. Still, the new styling is definitely more notable. We can see the latest implementation of the brand’s latest design language, with a sharper approach and futuristic iteration of the V-Motion grille and headlights. Practically, we can say this model looks very similar to the new X-Trail/Rogue, just in a slightly smaller package.

Interior
This crossover has always featured a pretty upscale interior and the new model raises the bar even higher. Simply, the new cabin offers pretty impressive build quality, while most areas are covered with soft-touch materials. Also, there are numerous fancy details, such as a new gear selector, large head-up display etc. A tablet-like touchscreen measures 9 inches diagonally, while you may also count on a 12.3-inch digital instrument cluster.

Besides good overall quality and attractive design, this cabin also offers a decent amount of space. Both rows can accommodate adults with ease, while the front seats are pretty massive and supportive. Also, there’s a decent cargo area behind the rear seats.

Engine
Under the hood, the 2022 Nissan Qashqai will carry on with the same powertrain lineup as in the current model. Therefore, base models should carry on with a familiar 1.3-liter turbo-four engine, which comes in two output variants. Standard versions are good for about 140 horsepower, while higher trims come with a 160-hp version of the engine. However, the difference in terms of dynamics isn’t that big between these two, so we are pretty sure that most drivers would be satisfied with the base engine. Also, a good thing to know is that you can choose between manual and CVT gearboxes.

e-Power
One of the biggest novelties we saw last year was the introduction of the new hybrid system called e-Power. Things are slightly different here compared to standard and plug-in hybrid systems. Of course, you have a combination of a gasoline engine and electric motor but wheels don’t get power from both of them, but rather just from an electric motor. On the other side, the gasoline engine works as a generator and charges the battery.

The biggest benefit of such a design approach is that the car practically acts as a genuine EV. The power is available immediately and the acceleration is excellent. Also, there’s no need for a huge battery package. For example, Qashqai uses a 2-kWh battery. Also, this crossover combines a 1.5-liter gasoline engine with a 190-hp electric motor. Of course, the 2022 Nissan Qashqai will continue in the same way.
2022 Nissan Qashqai Release Date and Price