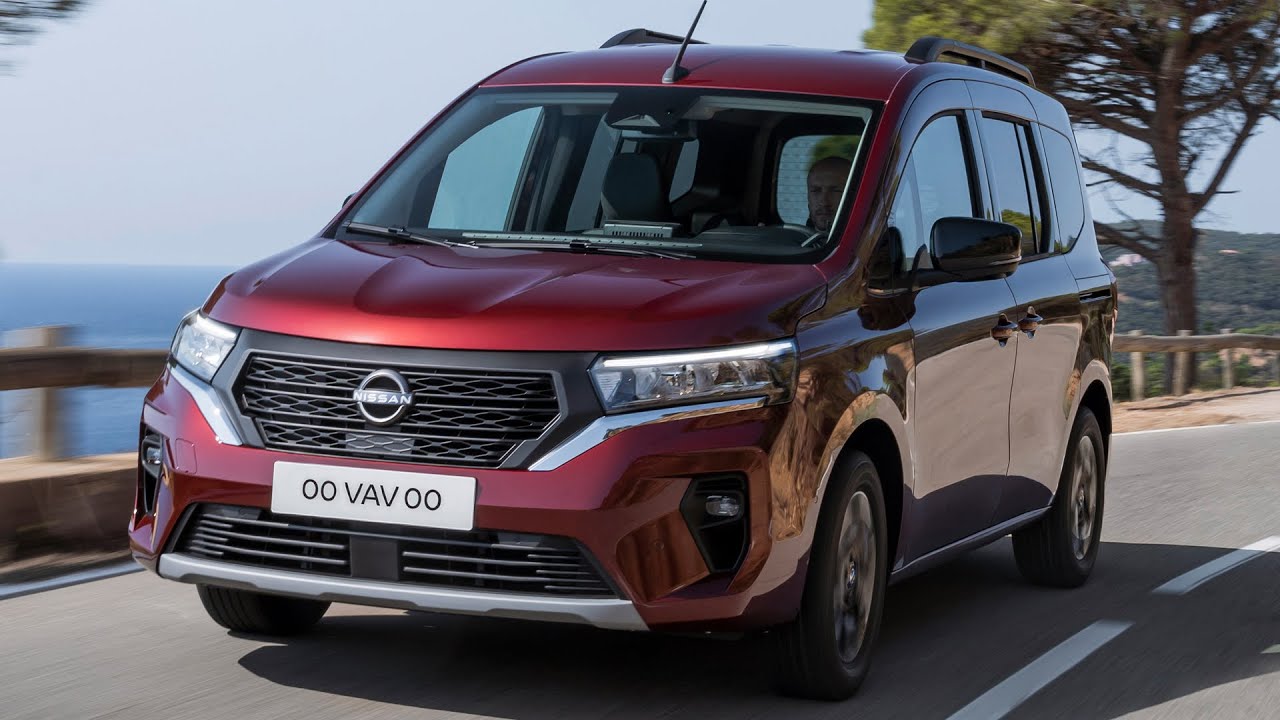 2022 Nissan Townstar (Van & Combi) Interior, Exterior and Driving. Nissan has launched its all-new Townstar van to rival the Peugeot Partner and Citroen Berlingo – and, like its French competitors, it’s available with a choice of either a combustion-engine or pure-electric powertrain.

The new Townstar light commercial vehicle is built on the same CMF-C platform as the Nissan Qashqai, with which it shares its turbocharged petrol engine and some other technology. The ICE unit is a detuned version of Nissan’s familiar 1.3-litre four-cylinder motor, which develops 128bhp and 240Nm of torque in the Townstar.

The electric version of the Townstar, meanwhile, is Nissan’s successor to the e-NV200, and the brand has made several improvements to its motor and battery technology in an effort to make this new electric van easier to live and work with.

Nissan says the Townstar’s 44kWh battery provides a maximum range of 177 miles, which means it will travel 43 per cent further on a full charge than the outgoing e-NV200. The Townstar’s electric motor has also been swapped for a more powerful 120bhp unit, compared with the 107bhp model in its predecessor.

Connected up to a 75kW DC rapid charger, the Townstar’s battery will charge from 0-80 per cent in 42 minutes. That’s a little longer than the 30 minutes it took the old e-NV200 to charge to the same level, but the Townstar features a larger battery. The van also supports both 11kW and 22kW AC charging, although the latter system is an optional extra.

When it comes to carrying capacity, Nissan says the Townstar’s 4.3-cubic metre load bay has enough space for two Euro Pallets. Both the petrol and electric versions of the van can carry a maximum payload of 800kg and tow a trailer weighing up to 1,500kg.

Nissan says it made a conscious effort to keep the Townstar’s styling consistent with its flagship electric vehicle, the Ariya. So, the electric van sports similar narrow LED headlights.

The petrol model looks slightly different, as it requires a radiator grille to feed the engine with cooling air. However, the van also features active aerodynamic vanes to shutter the front end and improve fuel efficiency when the engine’s cooling requirements aren’t as great.

Inside, the Townstar features a 10-inch digital dashboard and an eight-inch infotainment system, also lifted from the Qashqai. The latter screen comes with Apple CarPlay and Android Auto connectivity and buyers will be able to specify a wireless smartphone charger.