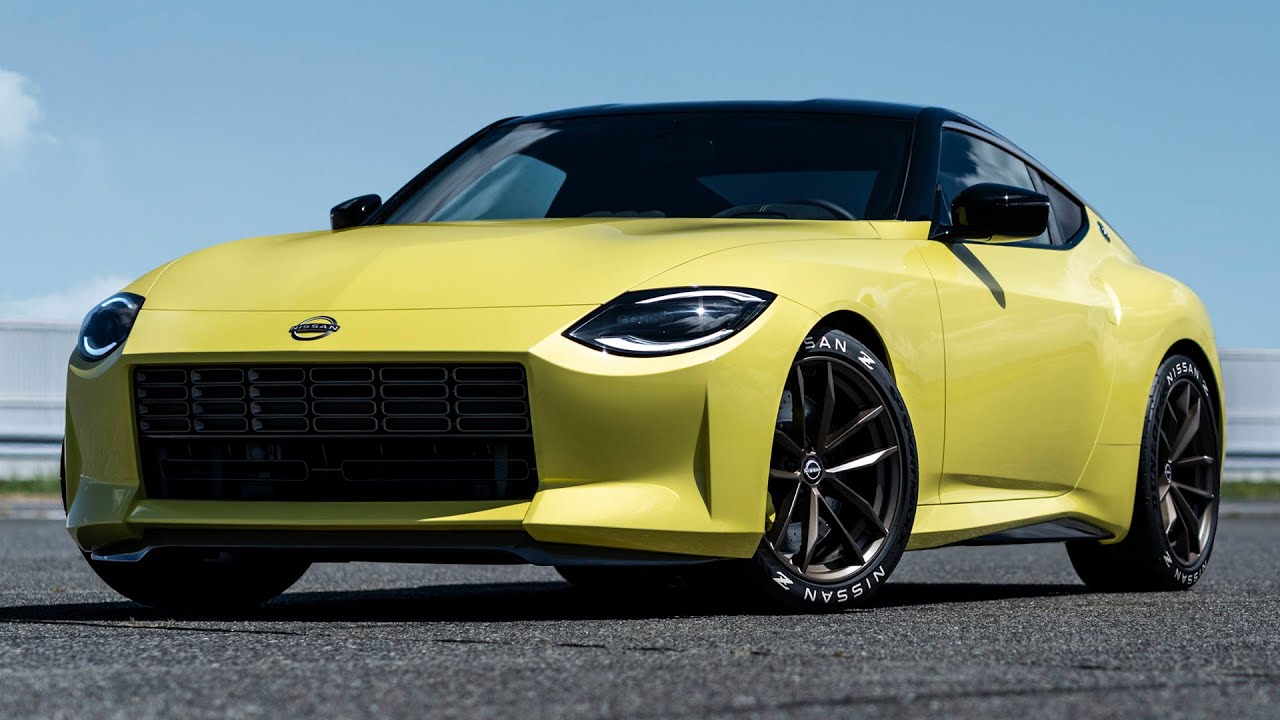 2022 Nissan Z Proto – A new generation of the legendary Z sports car. The current Nissan 370Z has been around since 2009, which is ancient in car years. But the company has finally gone back to the drawing board, and today we get our first look at the 370’s long-awaited successor – or at least, an early version of it. The Nissan Z Proto may not be available to purchase yet (the name “Proto” meaning “prototype”), but it does provide an early glimpse of what to expect for the production model.

Many of the details you see here – things like the retro styling, modernized interior, and twin-turbocharged V6 – should all make their way to production when the new Nissan Z does eventually hit the market. We expect Nissan’s new sports car to go on sale officially sometime next year. For now, all we can do is fawn over this very pretty preview of what’s to come.

At the heart of the Nissan Z Proto is a twin-turbocharged V6 engine. Since this is still a concept, though, things like displacement and actual power figures remain a mystery. But if this is the same motor from the Infiniti Red Sport models, as reported, expect upwards of 400 horsepower (298 kilowatts) from the new Z.

That figure would mark a big upgrade over the current 370Z, which produces 332 hp (248 kW). Not only that, but it would give the Nissan Z a significant boost in the segment, putting it more squarely against competitors like Toyota Supra – which produces a comparable 382 hp (285 kW) – as well as more powerful options like Ford Mustang GT and Chevrolet Camaro SS, among others.

The Z Proto’s new twin-turbo V6 comes paired to a six-speed manual transmission, and all that yet-to-be-known power travels to the rear wheels exclusively. Nissan says that an automatic transmission is also in development.

The Nissan Z Proto’s look pays respect to its iconic forebears. The bright yellow pearlescent paint job is a subtle nod to the first-gen 240, while the elongated hood, rounded LED headlights, and squared grille blend cues from other Z cars. There’s even a “Fairlady Z” badge on the trunk.

The Z Proto’s backside, though, might be its most appealing angle, with a black partition that runs the length of the trunklid and over the rear fenders, hiding horizontal LED taillights underneath. That particular piece of design draws inspiration straight from the ’90s-era 300ZX.

But it’s not all retro. Modern carbon fiber elements spice up the exterior, from the side skirts to the front lower lip to the rear diffuser. The body itself sits on a set of lightweight, 19-inch alloy wheels, and the back end is topped off by a pair of exhaust tips.

The inside of the Nissan Z Proto isn’t as outwardly retro as the exterior, but it does offer a clean layout with multiple screens. At the heart of the cabin is a so-called “deep dish” three-spoke steering wheel wearing the “Z” logo and sporting multiple controls on either side.

The seats wear a mix of Alcantara and leather, with yellow stitching that carries over to the steering wheel, shift knob boot, and center console. And like its predecessor, the Nissan Z Proto only has two seats.

In terms of technology, located just behind the steering wheel is a new 12.3-inch digital instrument cluster, which replaces the 370Z’s outdated analog gauges. There’s also a brand-new touchscreen display – if it’s the same screen from the new Rogue, it should be 9.0 inches – running Nissan’s latest infotainment system and three rounded indicators just above that central screen, atop the dash.

The Nissan Z Proto is just a concept, but we expect the production version to show up later next year as a 2022 model, sporting many of the cues you see here – including that twin-turbocharged V6 engine. More details like horsepower and the car’s starting price will be revealed closer to its on-sale date, but it might start around $40,000, undercutting its Japanese rival, the Toyota Supra, somewhat.