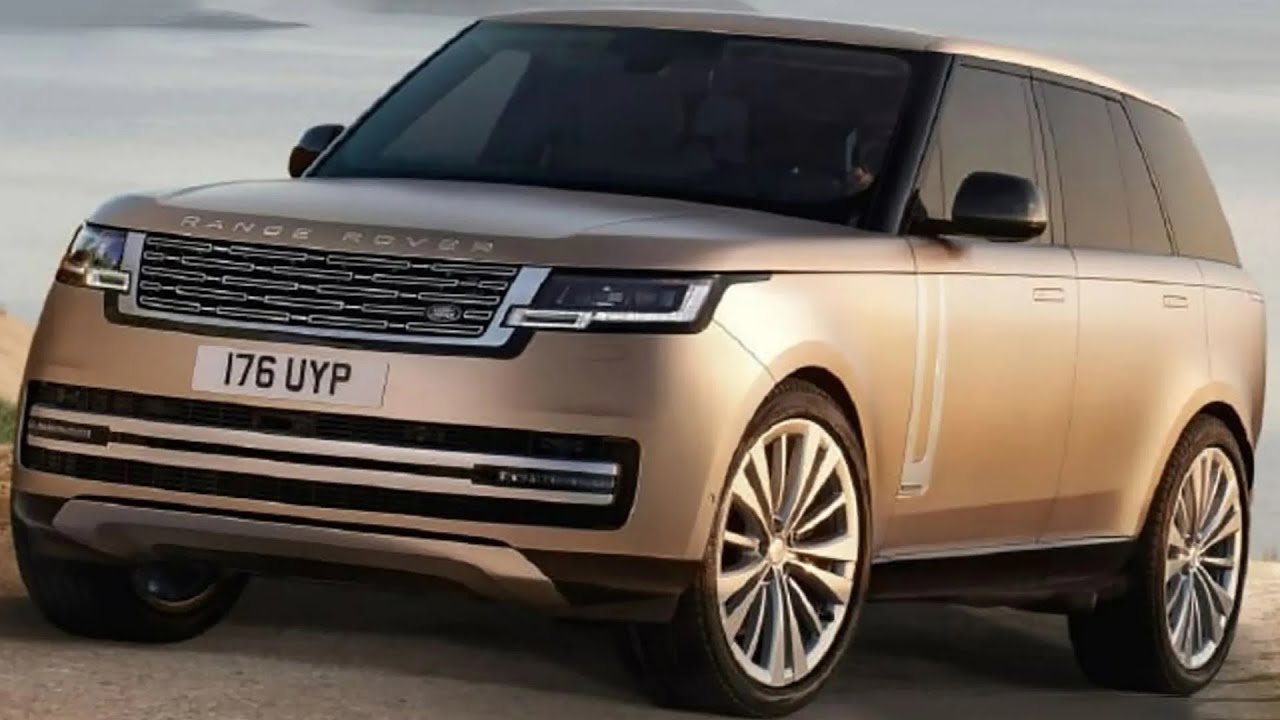 2022 Range Rover – Exterior and Interior (First Look) Next Land Rover flagship SUV. Land Rover planned to reveal the 2023 Range Rover on October 26, 2021. Unfortunately for the British carmaker, it appears that a French magazine has leaked the details on the fifth-generation Range Rover ahead of schedule.

You already know that this generation of the Range Rover is the first to be offered in an all-electric version. The one in the photo gallery is not an electric model, but an ICE-powered one. Thanks to the French 4×4 Magazine that was leaked on a forum, we have a confirmed view of the powertrain line-up.

Before we get into powertrains, the next-generation Range Rover comes with an evolution of its design on the front (pun not intended, but hey), while its rear features thinner taillights and an entirely new look for the tailgate.

As you can see in the photo gallery, the tailgate is visibly split in half. Moreover, the car has two fins on its roof, which is an odd decision that is hopefully related to a technical necessity that other automakers will solve with a single one in the future.

If you look at the new 2023 Range Rover from its side, you will again notice its evolutionary design. On the inside, we can see that Land Rover has kept a few knobs and buttons for more than just the gear selector, which is something that we can appreciate.

Customers will find a new design for the steering wheel, seat controls on the door cards, and a clean design overall. The new Range Rover will also be available in a three-row seating configuration, as French media notes, and the third row is expected to offer exceptional comfort.

The base model in Europe will be a D250, which is a diesel that will provide 250 ps (246 horsepower). Two other diesels will be offered in the range, in the form of a D300 and a D350. Since diesel variants will not be available in all markets where the 2023 Range Rover will be offered, you should know that the British SUV will come in two PHEV flavors, P400e and P500e.

The above value does not exactly add up to the P530 model designation, except if that unit has been beefed up for the fifth-generation Range Rover, which would not be that hard to do. If you think about it, this is the most likely scenario.

Some rumors point to the introduction of a BMW-sourced V8 in the JLR portfolio, but we would not bet on it. BMW already makes a 4.4-liter V8 unit that offers 530 ps (522 hp) and 750 Nm (551 lb.-ft) for the X5 and X7, which made the rumors plausible, but that is it. JLR and the BMW do not work together on anything at the moment and the Brits can make their own V8s without any assistance, so the alleged V8 from BMW does not make sense at the moment.

Thanks to the French magazine that was photographed and revealed online, we also know that the 2023 Range Rover will start at EUR 122,600 (ca. $142.808) for a D250 in SE trim. Meanwhile, the top-of-the-line variant, the P530 with a long wheelbase, will reportedly start at EUR 173,700 (ca $202.331). Mind you, the values above are valid for the French market, so do not count on them if you plan to visit your friendly Land Rover dealer and place an order today.