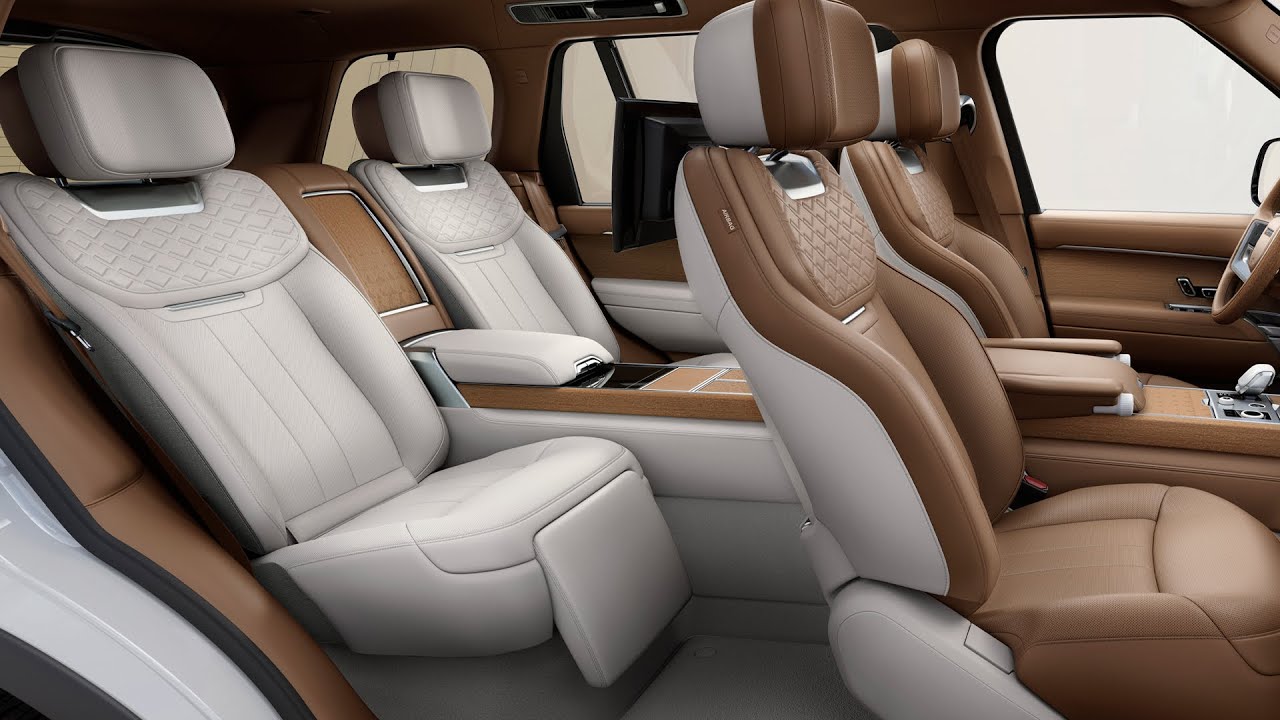 2022 Range Rover LWB Interior (High-level of Luxury). The fifth generation of this luxury SUV offers new powertrains, more tech and extra luxury, all of which is wrapped in concept-car design.

No, it doesn’t look that new — the outgoing model is supersleek, too — but the 2022 Range Rover has been comprehensively overhauled. Now in its fifth generation, this trend-setting luxury SUV offers more opulence, technology and seating capacity than ever before, yet it’s also more environmentally responsible.

Visually, the 2022 Land Rover Range Rover is cleaner than the Pine-Sol lady’s kitchen floor. There are no superfluous lines, tacked-on accents or bulging fenders and there’s no grossly oversized grille dominating its face (ahem, Audi and Lexus). The result of this design restraint is an SUV that looks stunning in person and is around 12% more aerodynamic than before.

Even though it looks like a concept car, with its uncluttered front end, slab sides and slitted vertical taillamps, plenty of classic Range Rover styling cues have been retained. Note the falling roofline, strong shoulder and rising sill, traits that have been nameplate mainstays for five decades. But keeping this SUV grounded in the 21st century, it also features things like retractable exterior door handles, a two-tone paint job and the latest in lighting technology.

“Evolutionary” would be the best word to describe the looks of the fifth generation, which carries the L460 codename. The familiar headlamps and front grille are complemented by a familiar side profile and very bold styling for the rear end. I really dig it. Something I can’t get my head around is the poor integration of the 13.1-inch display of the infotainment system.

Also standard is the active rear differential. No fewer than four trim levels will be offered in the first instance: the SE, HSE, Autobiography, and First Edition. Excluding destination charge, the most affordable configuration kicks off at $104,000 in the United States of America. The P530 SE, which features the aforementioned twin-turbo V8 powerplant sourced from BMW, is available from $118,700, while the P530 First Edition LWB is $163,500. Later on, as in the 2023 model year, the Range Rover SV will roll out with a four-seat arrangement and two design themes: Serenity and Intrepid.