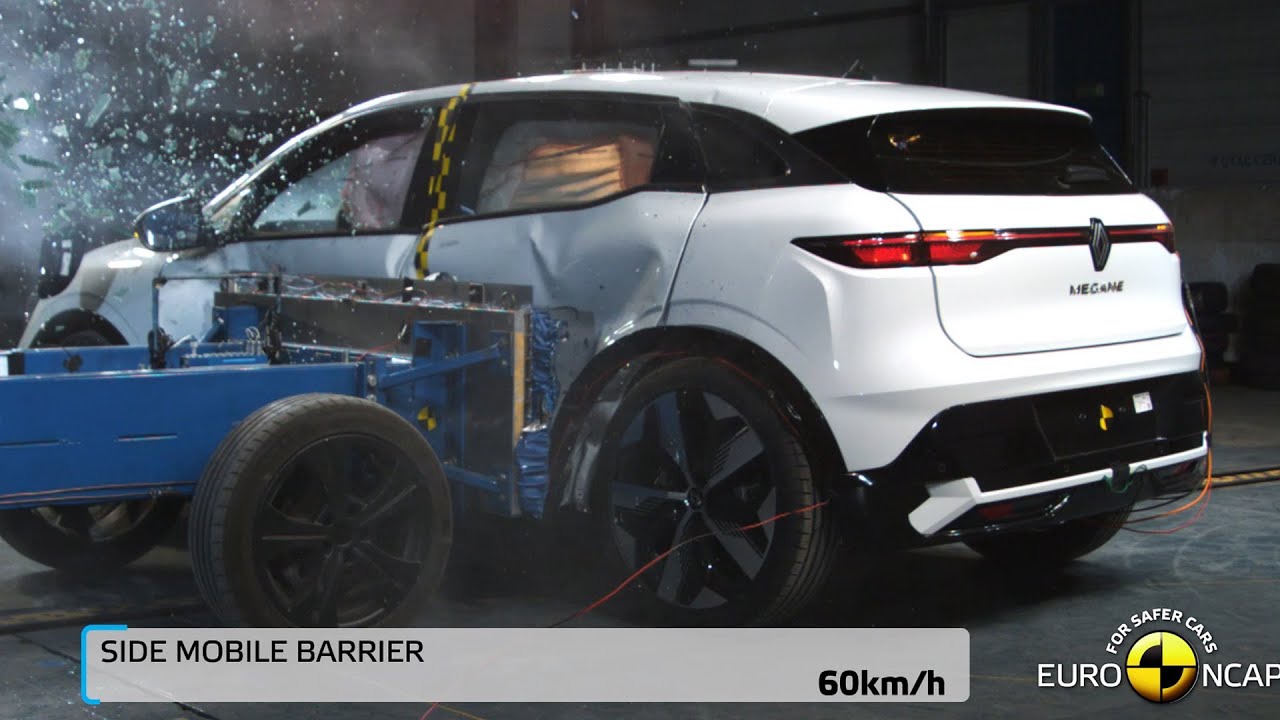 Euro NCAP awarded the Megane E-Tech Electric the highest-possible rating, with the car performing particularly well for passenger protection. For the adult occupant category, the Megane earned an 85 per cent score, and the child passenger rating was even better at 89%.

The car’s safety assist tech was rated well at 79 per cent, while the vulnerable road user protection score was rated at 65 per cent. The Megane E-Tech Electric’s strong performance overall comes in stark contrast to the electric Renault Zoe supermini’s Euro NCAP results, which grabbed headlines when it was downgraded in December 2021.