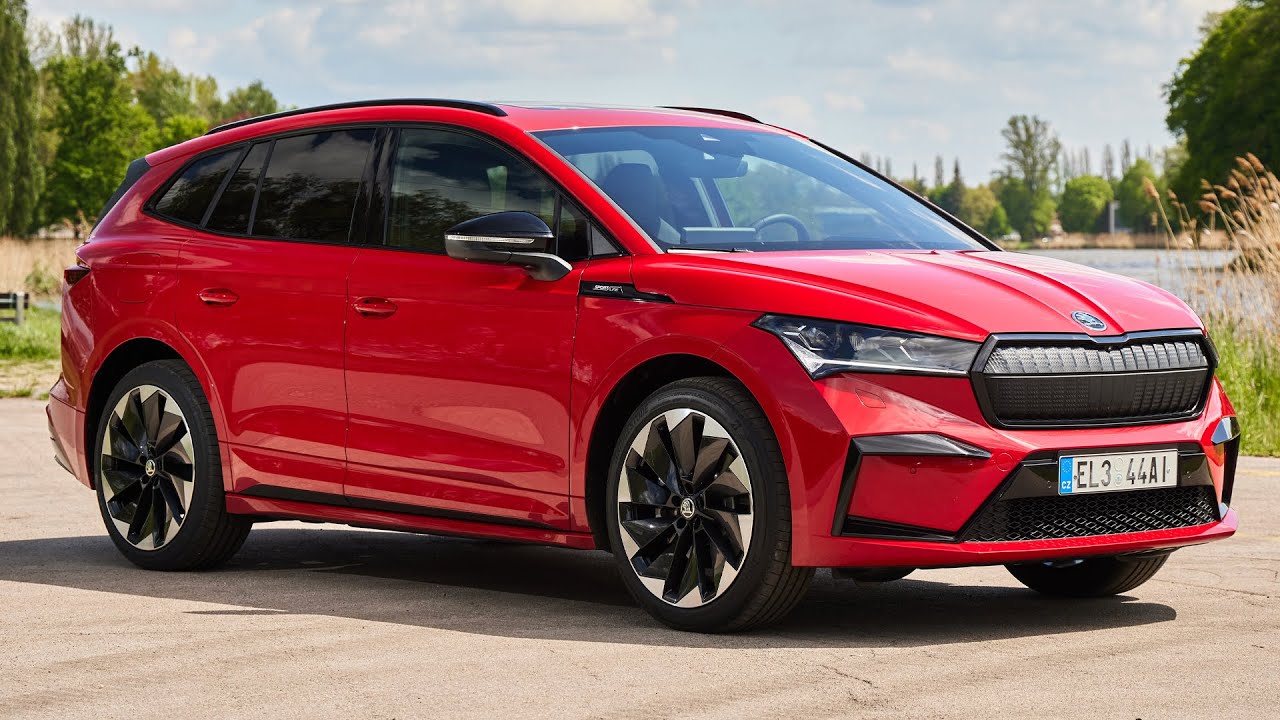 Energy is provided by an 82 kWh battery pack, with Skoda claiming a driving range of over 310 miles (500 km) in the WLTP cycle. Skoda didn’t reveal any performance figures yet, except for a top speed that’s limited to 99 mph (160 km/h).

The Sportline trim of the all-electric Enyaq is also available with two more powertrain options: the rear-drive 60 model comes with 177 HP and a smaller 62 kWh battery, while the rear-drive 80 offers 201 HP with the larger 82 kWh battery.

As the most driver-oriented trim option in the electric SUV’s range, the Sportline versions of the Enyaq feature a lowered chassis by 15mm at the front and by 10mm at the rear, with model-specific springs and dampers.

Visual differences include gloss black detailing for the “grille” surround, the front bumper’s “air curtains”, wing mirrors, window frames, and roof rails. The roof spoiler is finished in matt black, the rear sports bumper gets a gloss black diffuser, while the front bumper sports a large air inlet with a honeycomb mesh and a chin spoiler. A set of optional 21-inch wheels (20-inch as standard) together with black exterior lettering completes the Enyaq Sportline’s visual cues.

Customers can also opt for a heads-up display with augmented reality, Park Assist, and the brand’s semi-autonomous Travel Assist feature.