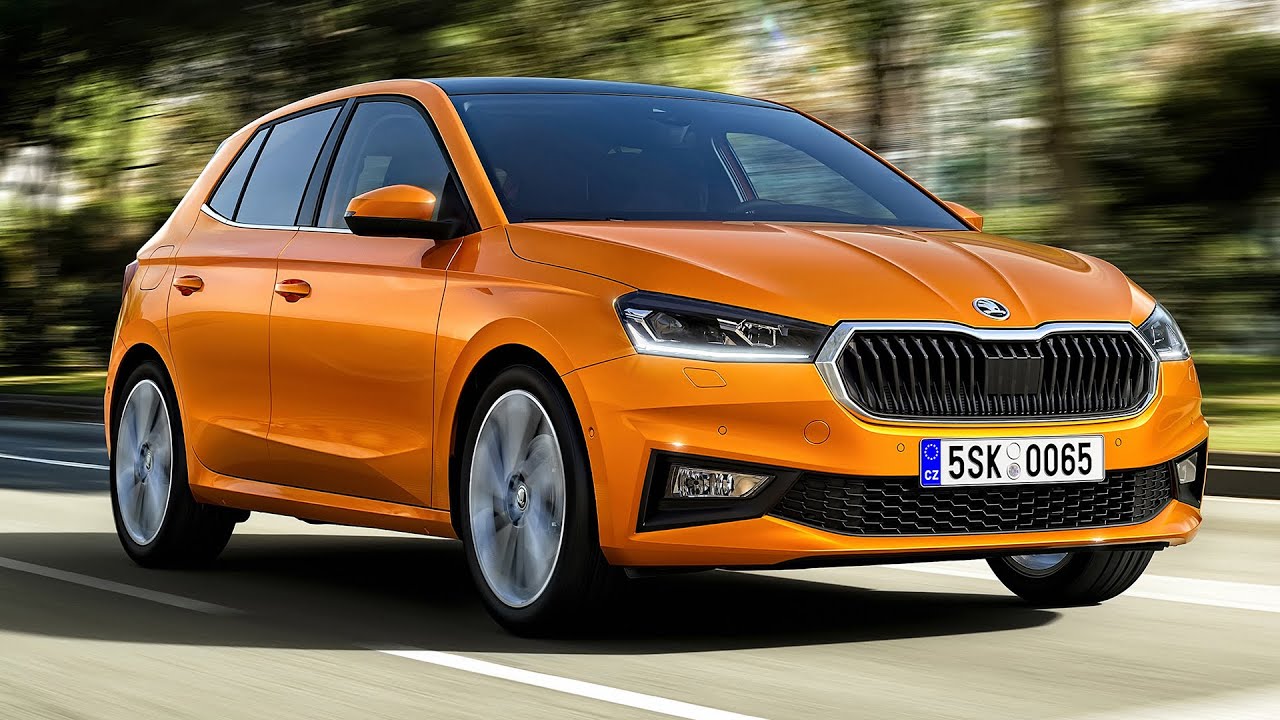 Superminis aren’t selling all that well nowadays, but Skoda couldn’t phase out the Fabia over the increasing popularity of utility vehicles in the EU. Redesigned from the ground up, the subcompact hatchback is 48 millimeters wider and 110 millimeters longer than the previous Fabia.

The most spacious car in the segment is riding on the Volkswagen Group MQB-A0 platform of the Volkswagen Polo, hence the larger trunk. Cargo space has increased by 50 liters to 380 liters (13.4 cubic feet) with the seats upright, and the drag coefficient has improved to a segment-leading 0.28.

In order to maximize fuel economy, the Fabia is rocking aero-optimized wheels and cooling shutters in the lower air inlet of the front bumper. The shutters alone improve gas mileage by 0.2 liters per 100 kilometers at 120 kph (75 mph). Acoustic simulations have also helped Skoda reduce turbulences and vibrations from the incoming air, which is great news for prospective customers that use the motorway network every single day.

Turning our attention to the design, crystalline structures for the LED headlights and taillights give the urban dweller a very modern appearance. The front grille has grown in size because the Fabia has to align with the styling language of the Scala, and the rear end is reassuringly simple as you would expect from a cheap-and-cheerful supermini focused on practicality.

Five powerplants are offered at launch, consisting of MPI and TSI three- and four-cylinder mills. All engines comply with the Euro 6d emissions regulation, and output figures range from 65 to 150 metric horsepower. In conjunction with the 50-liter fuel tank, four of the five lumps can be driven more than 900 kilometers (559 miles) on the WLTP cycle. Care to guess which is the least efficient? The answer, obviously, is the four-pot engine.

Skoda offers three gearbox choices in total, starting with five-speed manuals for the 1.0 MPI and 1.0 TSI. The more potent version of the 1.0 TSI ships with a six-speed stick shift or the seven-speed DSG while the 1.5-liter TSI comes exclusively with the seven-speed DSG dual-clutch tranny.

The redesigned interior is a highlight as well thanks to a digital instrument cluster backed up by a large central display for the infotainment system. In addition to contemporary technology and cool appointments, the Fabia has also grown 94 millimeters (3.7 inches) in wheelbase compared to its venerable predecessor, thus improving front- and rear-occupant space.

“Fabia has been an integral part of our portfolio for over 20 years and embodies the core values of our brand like no other model,” said chief executive officer Thomas Schafer. “The latest generation has everything it takes to seamlessly build on the success of its predecessors.”