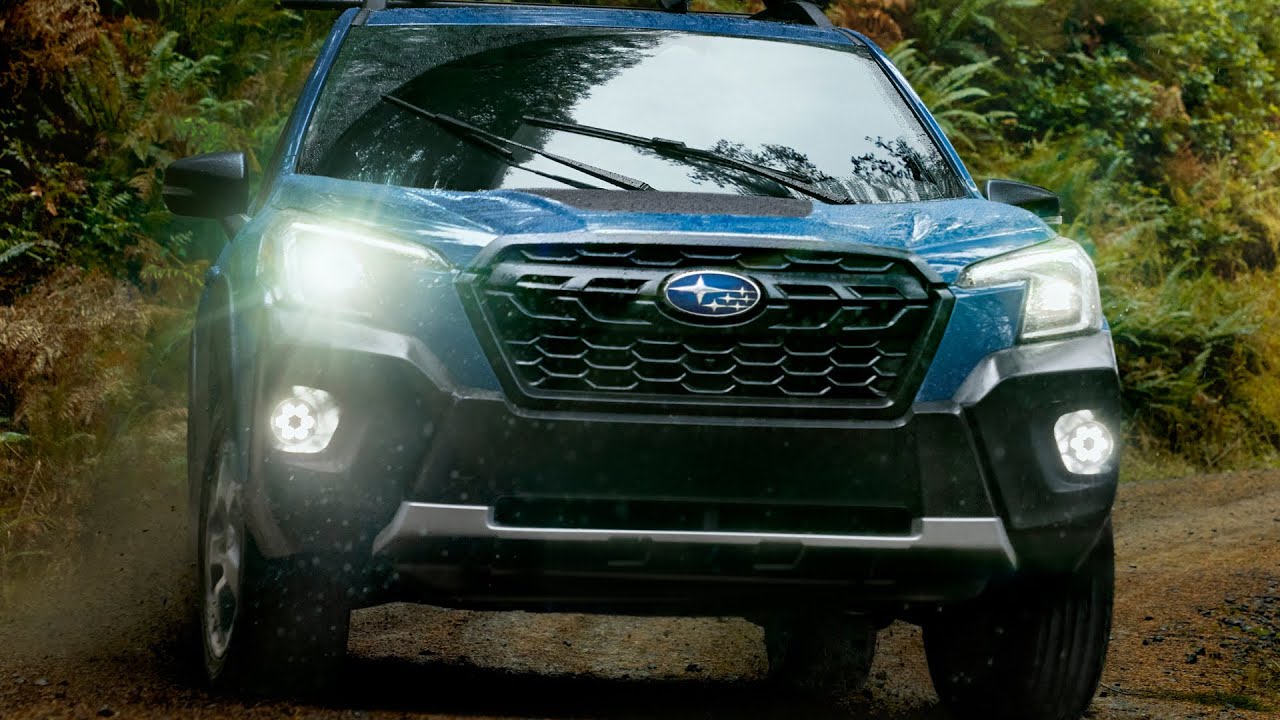 2022 Subaru Forester Wilderness – Features, Design and Interior / Built for Adventure. Earlier this week we saw our first leaked images of the new Subaru Forester Wilderness Edition, which promised a more rugged crossover. But now it’s here officially. Today the company has released full photos and details of the brawnier Forester, which touts better off-road performance, more style, and a bit more to look forward to in the cabin.

The Forester Wilderness Edition builds on the Premium model with trim-specific visual cues that afford it a more unique look. The front fascia boasts a bolder hexagonal grille, the cladding around the wheels is more pronounced, there’s a front skid plate, there are hexagonal LED fog lights, and even an anti-glare finish adorns the hood.

But the Forester Wilderness is more than just a looker. This model rides on an exclusive suspension that gives the crossover 9.2 inches of ground clearance. That’s a few notches better than the standard Forester’s 8.7 inches of clearance, but down a bit compared to the Outback Wilderness (9.6 inches). Longer coil springs and shock absorbers contribute to that newfound height, with special tuning designed to keep the Forester a solid on-road performer, too.

A set of 17-inch alloy rims finished in matte black grace the wheel wells, wrapped in Yokohama Geolandar all-terrain tires for improved off-road traction. And there’s also a full-size tire stored under the cargo area for if the going gets extra tough. And on the roof, the ladder-type rack can carry up to 220 pounds (100 kilograms) on the move, or up to 800 pounds (363 kilograms) when parked. Subaru says the increased capacity allows for larger roof tents.

Like all Forester models, the Wilderness trim borrows the brand’s ubiquitous 2.5-liter Boxer engine good for 182 horsepower (136 kilowatts) and 176 pound-feet (239 newton-meters), paired to a continuously variable transmission and all-wheel drive. The Wilderness isn’t the most efficient of the group, but Subaru says that the Forester has a maximum towing capacity of 3,000 pounds and returns up to 33 mpg combined depending on which spec you choose.

The cabin doesn’t stray far from the basic Forester formula either, but the Wilderness model does gain water-resistant StarTex seating surfaces with special embossed graphics and stitching. And the lone option on this model is an upgraded 8.0-inch touchscreen with Subaru Starlink, navigation, a Harmon Kardon premium audio system, and a power rear tailgate.