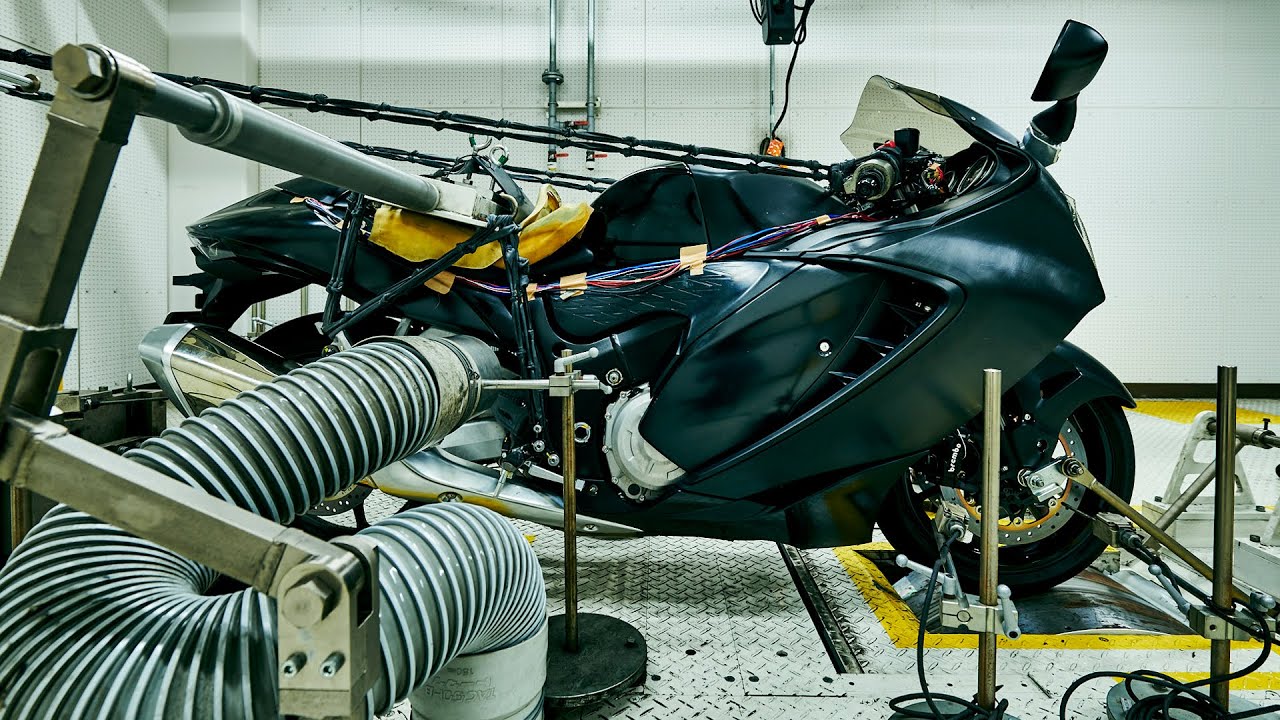 2022 Suzuki Hayabusa – Outstanding durability and Brilliant Chassis Design. The new Suzuki Hayabusa has been the subject of many rumors and much speculation. The hype didn’t slow down when Suzuki posted a teaser of the new supersport motorcycle. Suzuki finally revealed the new Hayabusa, and it turns out that the new bike is more evolutionary than revolutionary.

The 2022 Suzuki Hayabusa — named after the speedy Peregrine falcon. I expect some riders to have mixed feelings. When Suzuki promised the new motorcycle was “all new,” I was expecting a Kawasaki Ninja H2-killer of some type. But the new Hayabusa isn’t straying out of its lane.

Suzuki maintained the Hayabusa’s distinctive looks so closely that I initially had trouble picking out the 2022 model from the lineup in the release video:
Despite what my eyes couldn’t find, the new Hayabusa does sport new bodywork. It’s a bit of a slimmer machine now, and I especially like it in the side profile. Suzuki says this new design gives the Hayabusa one of the lowest drag coefficients of street legal motorcycles, promising excellent top speed potential and stability.Maybe the changes under the skin are what really count.

The DOHC inline-four retains the same 1,340cc displacement as the last generation and the same bore and stroke, too.
This new engine did leave some ponies in the stable; its 188 horsepower is six fewer than the previous generation. Thankfully, torque loss was also minimal, as the new Hayabusa kicks out a still healthy 111 lb-ft, three fewer than before. Suzuki says the new bike accelerates faster than ever before so the power loss didn’t make it any slower.

The biggest change to the engine is that this new motorcycle is Euro 5 compliant, allowing it back onto European roads.

Holding it all together is a twin-spar aluminum frame that looks largely unchanged.
Suzuki says it’s been enhanced for a more stable ride, and the bike can carry more weight as well. The Hayabusa is down four pounds to 582 pounds and has a 50:50 weight distribution.

Keeping the Hayabusa on the road is a 43 mm KYB inverted fork at the front and a KYB monoshock at the back, bolted up to 17-inch, seven-spoke wheels wearing Bridgestone Battlax Hypersport S22 tires. Nothing too surprising or amazing there.
Lighting is now all-LED, front to back, and the motorcycle comes equipped with the Suzuki Intelligent Ride System (S.I.R.S.) system of electronic rider aids. That system has really nice features like cruise control and a bidirectional quick shifter to enable shifting without the clutch.

Suzuki didn’t stop there, as the bike carries over the Drive Mode Selector Alpha (SDMS-a) engine-management system. This system lets riders choose engine mapping and power delivery for the riding conditions. In addition, it has a slope and hill control, 10-mode motion track control, launch control and an engine braking control.