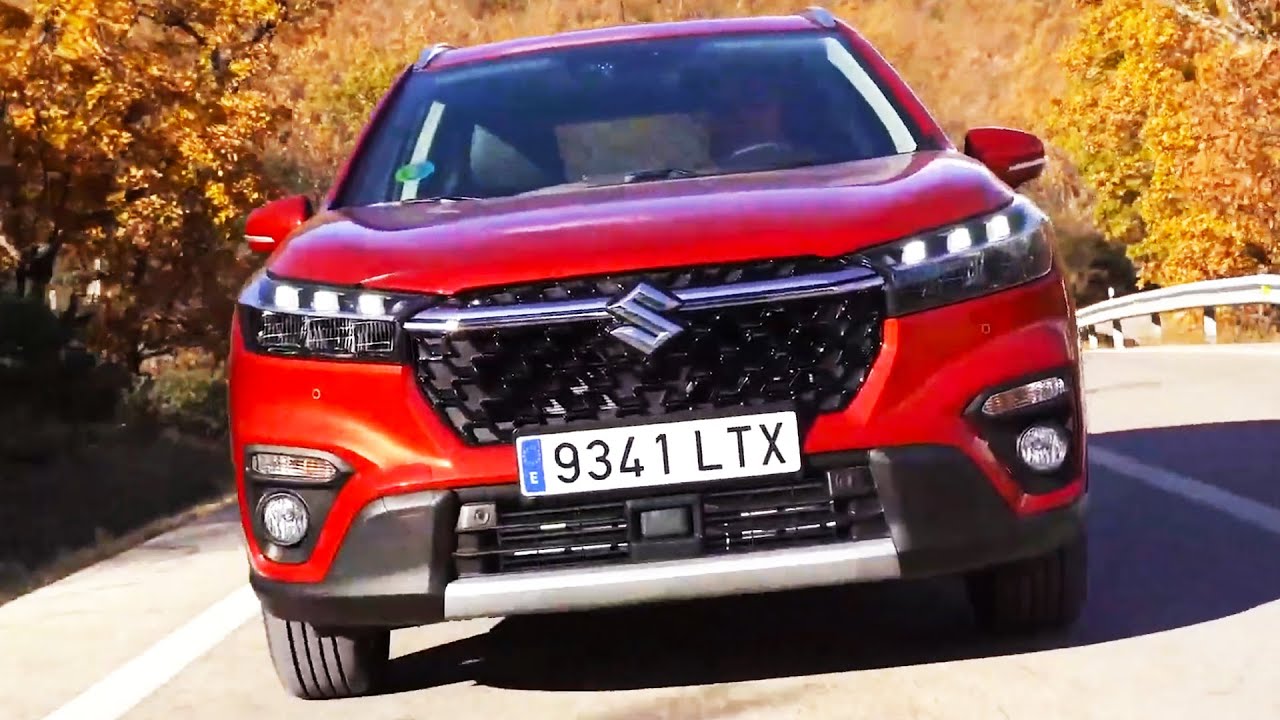 2022 Suzuki S Cross SUV – Design, Interior and Driving. Suzuki has announced that a new model of the S-Cross SUV/crossover will be arriving on UK roads in January 2022, set to launch with better standard equipment and a design refresh.

This new model will be the second generation of this midsize SUV, the first S-Cross launching in 2013, when it was called the SX4 S-Cross. It sits between the smaller Vitara and larger Across in the Suzuki SUV family.

While the dimensions of the new generation are exactly the same as the last, the 2022 Suzuki S-Cross has been given a more muscular exterior design to match its four-wheel drive off-road capabilities.

In addition to a larger front grille facilitated by slightly raising the angle of the bonnet, the S-Cross gets a new boxy design for its LED headlights. The tailights have a new shape too, being much wider than those found on the current model.

In the cabin, Suzuki has equipped the second generation S-Cross with a new nine-inch infotainment console in the centre of the dashboard, with Apple CarPlay and Android Auto included. An extensive list of standard equipment continues with keyless entry, heated seats, and dual-zone climate control.

While the 2016 facelift of the S-Cross just has rear parking sensors as standard, the new model adds blind spot monitoring, traffic sign recognition and adaptive cruise control to aid driving.

Like the current S-Cross, the new model is a mild-hybrid as standard, retaining the turbocharged 140hp 1.4-litre engine paired with a 48V battery, the same unit used to power the facelifted Suzuki Swift Sport hot hatch and the Vitara S SUV.

The entry-level ‘Motion’ model is priced at £24,999, and customers can choose to swap out the standard six-speed manual gearbox for a six-speed automatic transmission for an extra £1,350. The top spec ‘Ultra’ version adds leather upholstery on the seats, navigation software, a panoramic sunroof, a parking camera that can rotate 360 degrees, and Suzuki’s ‘ALLGRIP’ four-wheel drive technology.