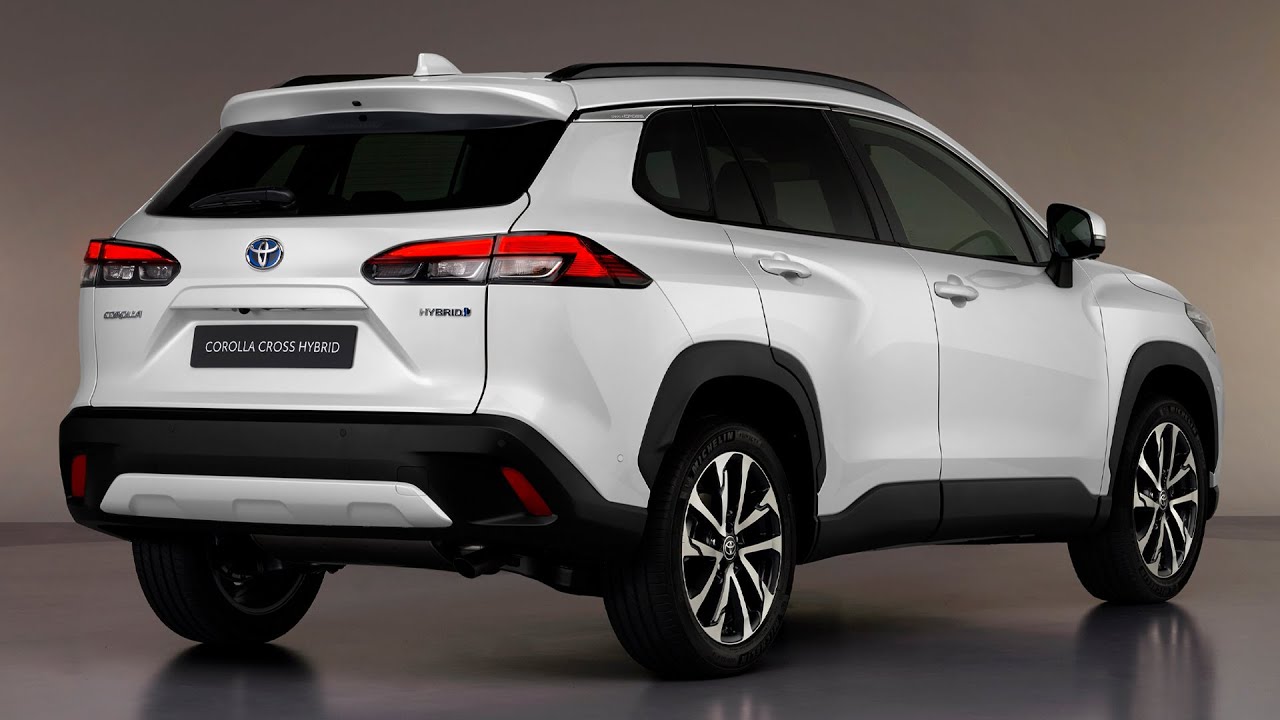 2022 Toyota Corolla Cross – Small SUV Better than Competitors (EU Specs). The Toyota Corolla Cross has made its debut in Europe and the United Kingdom, joining the hatchback, Touring Sports (estate) and sedan bodystyle variants on the continent. Based on the on the GA-C version of the Toyota New Global Architecture (TNGA) platform, the Corolla Cross measures 4,460 mm long, 1,825 mm wide, 1,620 mm tall with a wheelbase of 2,640 mm.

A single powertrain variant is offered for the European and UK markets, where a 2.0 litre Dynamic Force naturally aspirated inline-four petrol engine produces 176 hp at 6,600 rpm and 202 Nm of torque from 4,400 rpm to 4,900 rpm. In FWD guise, the internal combustion engine is paired with a 113 hp/206 Nm motor. Supplying electric drive is a 180-cell lithium-ion battery pack rated at 4.08 Ah.

On its exterior, you’ll notice that this European market version gets a different set of LED headlights and tail lights, both of which are the same as the units fitted to the Japanese market model; compared to the units on the Malaysian-market model, a distinct row of LED units features in each lamp assembly on this version.

Inside, the European-market Corolla Cross gets a configurable 12.3-inch digital instrument cluster as well as a 10.5-inch touchscreen infotainment display. Smartphone connectivity in this crossover comes courtesy of wireless Apple CarPlay for iOS devices, and wired Android Auto for Android mobile devices, along with the Toyota Smart Connect Package.

For European customers, deliveries of the Corolla Cross will commence from autumn 2022, depending on each market, says Toyota.