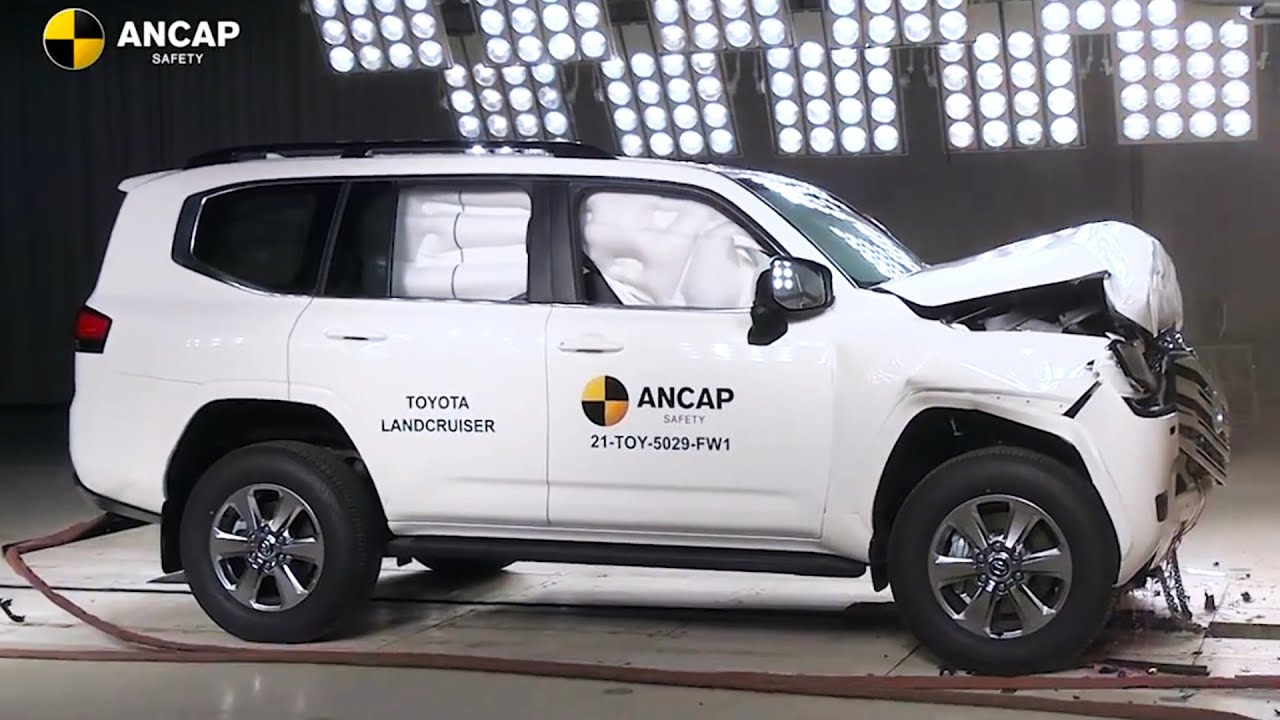 Having gone on sale last year and with the first examples arriving just before Christmas, all LandCruiser 300 Series (LC300) variants apart from the GR Sport have been rated by ANCAP, leading its class in the tests.

Out of the four tested categories, its strongest showing was in adult occupant protection where it scored 34.08 points out of 38 available, a score of 89 per cent.

Full marks were given in the side impact, oblique pole, far side impact and rescue and extraction tests, while its weakest result came courtesy of the frontal offset test, taking 4.9 out of eight points on offer.

Next best was its child occupant protection rating – an 88 per cent overall result was only slightly down on the adult occupant score, again taking full marks in two of the four tests.

Vulnerable road users are relatively well protected as the 81 per cent score revealed – thanks to 44.02 points from 54 available – with upper and lower leg impacts as well as its autonomous emergency braking capabilities for forward pedestrian impacts all scoring within a point of full marks.

Still attributing towards the overall five-star rating, the LC300’s safety assist systems were given 12.4 points out of 16 (77 per cent), as all individual categories bar one tested scored above half, with the AEB junction assist awarded 0.89 points out of two.

Despite the hype for the LC300 and a limited number of cars being delivered late last year, a series of production delays for Toyota have blown out waiting list times, with some customers told they will have to wait another 12 months to receive the cars they ordered.

2021 Skoda Enyaq iV – How to customise the interior