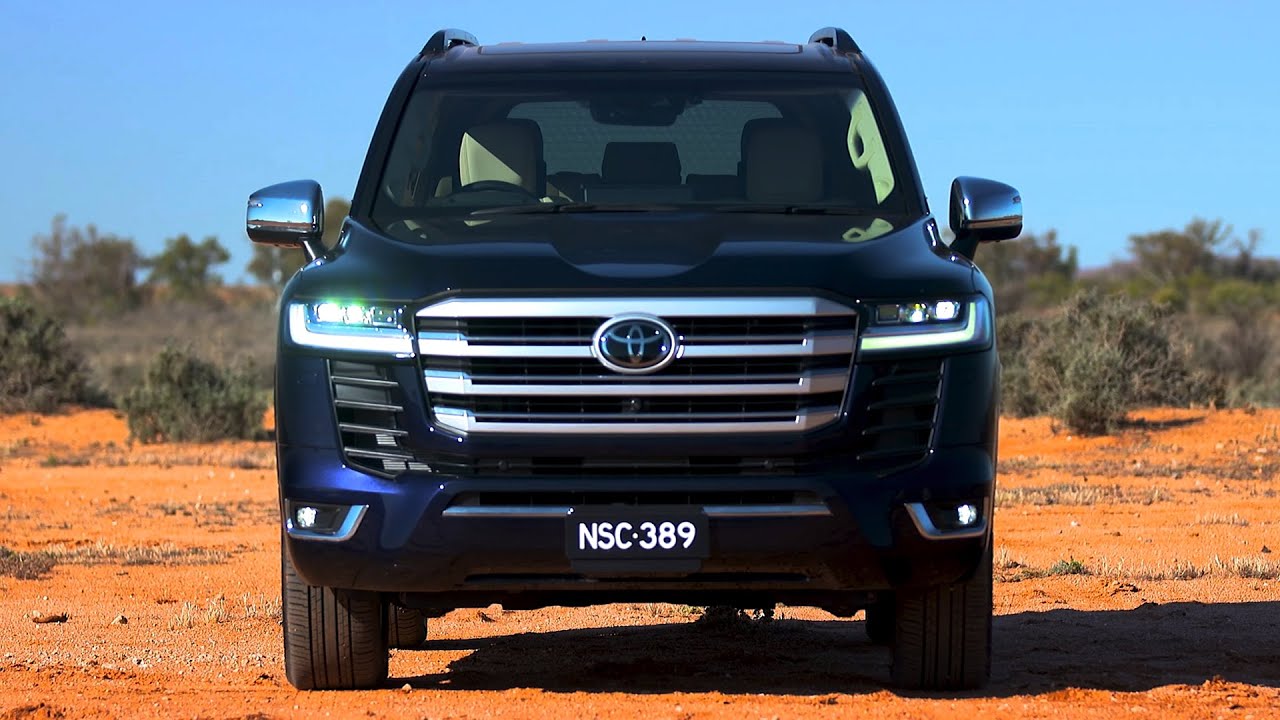 2022 Toyota Land Cruiser 300 (Sahara ZX) Australian Specs / Top of the line. When Toyota releases a new Land Cruiser, it’s a special occasion. Toyota is going so far as to say the new LC300 Series is its most capable Land Cruiser ever. It’s also a new vehicle, designed and engineered from the ground up.

While it may be some time before you’ll be able to test that claim, or even see the 300 Series rolling out of dealerships, we can now confirm pricing and features.

As anticipated, there are six trim specs to be released. These range from the base-model GX, right up to the opulent Sahara ZX. Every LC300 is powered by a 3.3L twin-turbo V6 diesel motor, which Toyota claim is a V8-beater performance-wise. Output figures are 227kW at 4000rpm and 700Nm between 1600 and 2600rpm.

Toyota tells us it wanted to focus on smoother power delivery, resulting in less fatigue experienced when behind the wheel. The V6 is backed by a 10-speed auto, with no manual transmission available.

The LC300 wheelbase has been unchanged over the 200 Series, however the 300 Series is wider. It’s also lighter, thanks to the use of aluminium in the roof, doors, bonnet and tailgate panels. Let’s put a microscope over the LC300 and take a closer look at the LC300 line-up, to see just what you get for the significant outlay.

LC300 SAHARA ZX
Standard on 20-inch wheels, there’s a suite of exterior revisions such as chrome grille, new tail-lights and a redesigned tailgate to stand out from the crowd. A neat touch with the Sahara ZX, is the choice of three interior trim colours: black, beige or red and black. Carbon-style material has been used on the steering wheel, centre console and door trim provides a sporty look for the interior.

For enhanced off-road ability, there is a Torsen rear limited-slip differential found in the Sahara ZX. There is also Adaptive variable suspension and five drive modes to use when driving through various terrain.

Naturally, all this extra luxury comes with a cost, and also reduces load-carrying capability with an added weight penalty. The base model GX weighs 2470kg, with the Sahara ZX weighing 100kg more at 2570kg. GVM across the range, is 3280kg.